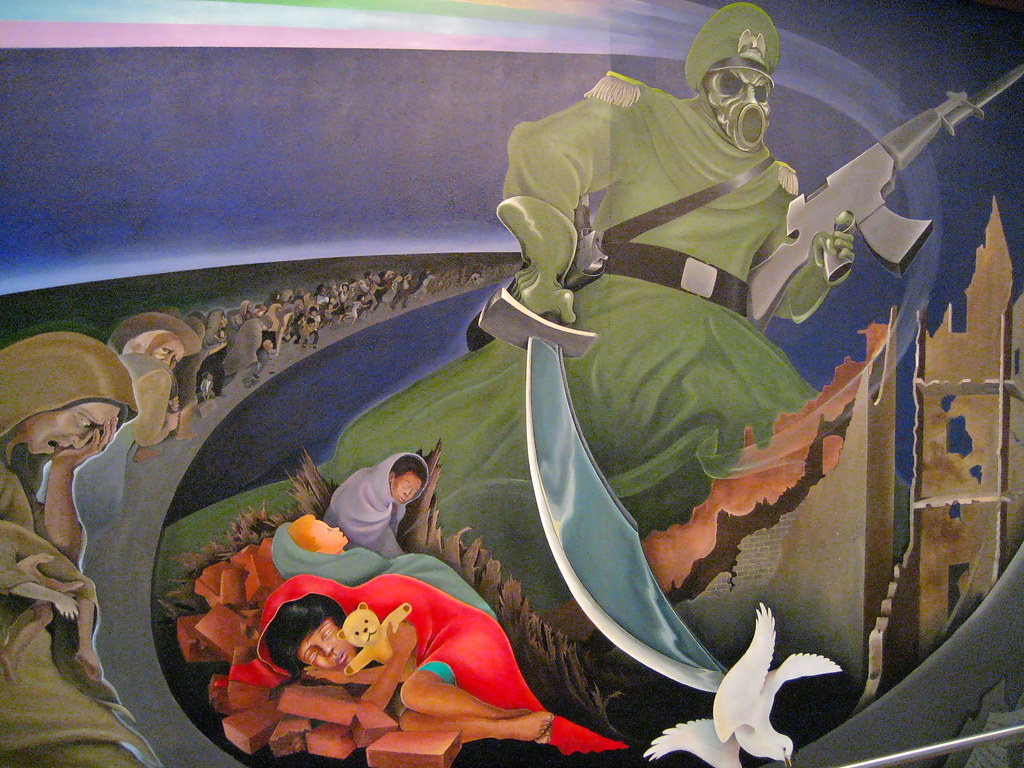 Pics and videos added by Tales

For the first time, a whistleblower from within the DIA complex confirms the existence of a massive deep underground military facility located beneath the airport

With permission from Shepard

DENVER — The Denver International Airport (DIA) is nestled on a vast 53 square mile complex and is owned and operated by the City of Denver. As I pointed out in my appearance on the Travel Channel series American Declassified, DIA is the largest airport in the United States in terms of land mass garnered and the second largest airport in the world to Saudi Arabia’s King Fahd International Airport.

The airport serves over 50 million passengers a year and is now incorporating a massive new project called “Airport City” an aerotropolis which has been presented publicly by the Mayor of Denver, Michael Hancock.

Interestingly, the new aerotropolis will incorporate an expansive business district with new lodging as well as an agricultural and technical district within the confines of the airport property to attract more revenue to Denver’s growing economy. Hancok “respectively” declined an interview with Intellihub News for this article. 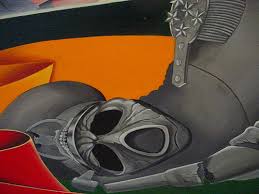 The concept is innovative, a first for an airport in America and is likely to become the envy of other airports around the world.

In 2010, DIA and the City and County of Denver took a major step in DIA’s evolution to fulfill its gateway role by inviting firms from around the world to submit proposals to assist DIA in planning, assessing and creating an Airport City at DIA as the core of and competitive accelerator for the emerging Denver aerotropolis.

However, local residents and others have been questioning the new construction in and around the airport property as several red flags have been raised. In fact, since the first construction phases of the airport started in the early 1990′s, there have been several indicators that something else may be taking place on or under the grounds of the 53 square mile complex.

Some speculate that a deep underground military facility, part of the Continuity of Government (COG) program, exists on the site. A massive underground city to be used by our government in the event that Washington and or other central government command hubs are compromised.

According to some investigative reports, including one headed up by the former Governor of Minnesota, Jesse Ventura, the underground city that lies beneath the airport quite possibly connects to other deep underground military installations throughout the country.

Now, a source from within the airport has revealed, for the first time, a series of astonishing claims regarding the underground facility, providing details previously unknown to airport staff and the general public. 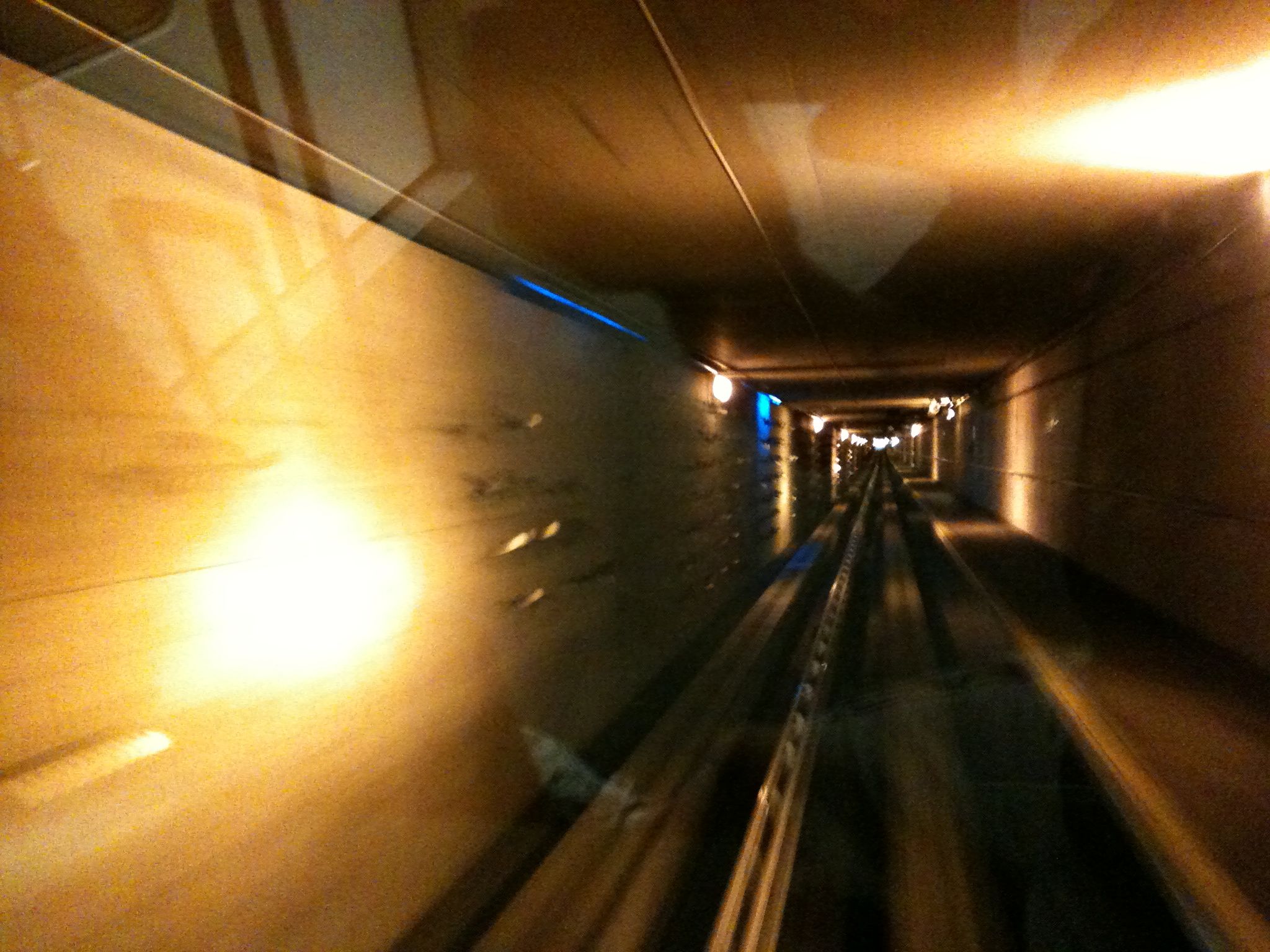 The following are details regarding a deep underground military installation located on the grounds of the DIA as provided by my source:

The information provided by the whistleblower does indeed beg the following question. Does the DOD have any ties to areas of the airport owned and (or) operated by domestics airline carriers?

New information uncovered by Intellihub News investigators concludes that, yes indeed the DOD has ties to a commercial airline carrier that operates out of the Denver International Airport.

According to the Investigative Report Workshop, “The Department of Defense audits commercial air carriers it contracts with to fly DOD employees. The Workshop and PBS FRONTLINE sent a FOIA request to learn about United Airline’s maintenance procedures. Last year, we had sent the same request for another company and the audits proved to be very informative. This time, however, we received about 94 mostly blank pages.”

The Dirt Came From Somewhere

According to my source from inside, a massive pile of dirt was added to an existing landfill in the area despite the FAA’s request that it was dangerous to travelers and could pose a radar issue causing a potential disaster. This addition to that landfill was pressed hard and was supposed to take place over a 40-60 year period, but instead took place over the course of about 4 years. The pile of dirt, which is masked as a landfill in-plain-sight, now exceeds 300′ in altitude.

An excerpt from the FAA appeal reads:

In the Hazard Determination and Affirmation, the FAA found that the Tower Road landfill at its proposed height “would be in the radar line of sight and vehicles [i.e., dump trucks and graders] operating at the landfill may cause radar reflection and consequently create false targets. JA 7.

The Determination and Affirmation themselves provide no evidentiary basis for the “false target” finding. Indeed, we can find at most only two pages in a 462-page record to support it. The FAA’s aeronautical study reports that Airways Facility radar technicians have “identified the potential for false targets. At the current elevation of 5,423′ AMSL [above mean sea level], the landfill is below the radar line-of-sight. At the new height of 5,542′ AMSL, the large dump trucks, graders, and other heavy equipment create the potential for reflecting the radar and causing false targets…. The impact in this circumstance would be an erroneous position indication for the aircraft.”

The Denver Airport (Location) is part of a Continuity of Government Program and does indeed house an underground facility.

Shepard Ambellas is an activist, journalist, filmmaker, film producer, radio talk show host and the founder and editor-in-chief of Intellihub. Established in 2013, Intellihub.com is ranked in the upper 1% traffic tier on the World Wide Web. Read more from Shep’s World.