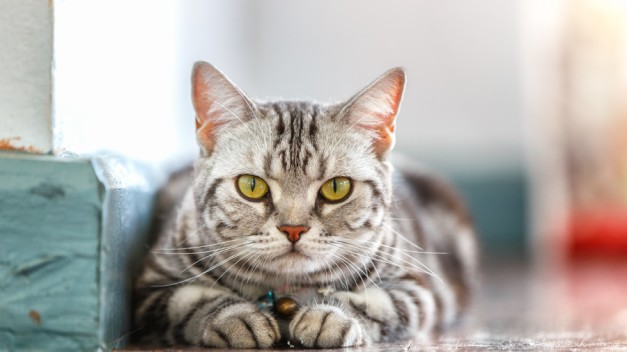 © Pakin Songmor / Getty Images
A parasite carried by cats and known to suppress fear may be the key driver behind the decisions of people infected by it to make bold moves, such as starting their own business, a new study has revealed.

Toxoplasma gondii is a parasite that affects many warm-blooded animals, but cats are its only known definitive host, in which it can reproduce. The parasite is peculiar because it is known to suppress fear and encourage risk-taking in some animals like rats, who thus become more vulnerable to a preying cat.

The new research, published in the journal Proceeding of the Royal B, points to a similar effect Toxoplasma has on humans. The researchers found people with toxoplasmosis are more likely to have started their own business than non-infected people.

The research was based on analysis of a group of some infected 1,500 students in the US and their preferred fields of study. They were 1.4 times more likely to major in business and 1.7 times more likely to have an emphasis in ‘management and entrepreneurship’ over other business-related endeavors, compared to the general population, the study found.

However, Stefanie Johnson of the University of Colorado and her colleagues warned against taking Toxoplasma gondii to be the secret weapon of tycoons. Those infected with Toxoplasmosis are also more at risk of “car accidents, mental illness, neuroticism, drug abuse and suicide,” they wrote.

Toxoplasmosis is one of the most common parasitic infections in humans, with more than 30 million affected in the US alone, according to the Centers for Disease Control and Prevention (CDC). Most carriers never develop symptoms indicating that they have the disease.

The parasite can be caught through poorly-cooked food, while handling animals, especially cat excrement, or from mother to unborn baby. The latter case poses a serious risk to the child, since it can cause miscarriage or stillbirth.

Source: Wisdom Path: A Zen master reveals the giveaway signs of a toxic person and the most powerful way to deal with them 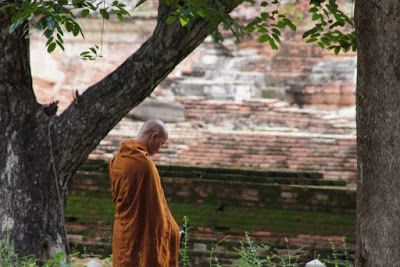 We’ve all come across toxic people before. You know, the type of person that can be manipulative, judgmental and inconsiderate of anyone’s feelings.

It can hard to deal with these people, especially if you’re forced to every single day. That’s why I thought the advice below from a Zen master on Reddit was quite remarkable.

But first, let’s define what a toxic person is so you know who you’re dealing with and then we’ll get to the Zen Master’s advice.

9 Traits of a Toxic Person

1) They talk more than they listen

Toxic people tend to have narcissistic tendencies and find it difficult to focus on anything but themselves. This goes against Buddhism where compassion and kindness for others (and yourself) is paramount.

2) They are never wrong

Everything they say is right and everything you say is wrong. They are unwilling to learn and will react harshly if you go against them.

It’s more about having relationships for the sake of other people seeing that they have relationships, rather than actually enjoying the connection for what it is.

Wisdom Path: A Zen master reveals the giveaway signs of a toxic person and the most powerful way to deal with them

(Natural News) It’s no secret that air pollution is on the rise across the globe, especially in cities. In fact, a 2016 report from the World Health Organization indicated that outdoor pollution had risen by 8 percent in just five years.

Beyond its environmental effects, air pollution is known for being harmful to the respiratory and circulatory systems. Toxic air pollutants like sulfates, nitrates, and black carbon can penetrate deep into lung and cardiovascular tissues, which poses a serious risk to human health. Outdoor air pollution is regarded as the top single killer in the world — causing up to 3 million deaths per year.

Now, new research has shown that the hazardous effects don’t stop there: air pollution is bad for the brain, too. The study, led by researchers from the University of Southern California, found that air pollution raises the risk of dementia by up to 92 percent — thanks to toxic particles that cause brain swelling. Even if the air doesn’t kill you, it will make you sick one way or another.

Air pollution harms the brain, too

The toxic fumes from cars and power plants are actually infiltrating brain cells, which leads to swelling. In turn, this leads to an increased risk of dementia, experts say. In fact, air pollution may actually be behind the rising incidence of dementia. Epidemiologist Jiu-Chiuan Chen of the Keck School of Medicine at USC, the study’s lead author, says that if their findings hold up for the rest of population, it would suggest that air pollution is related to about 21 percent of all dementia cases across the world.

The Californian research team analyzed data from 3,647 women who were between the ages of 65 and 79, and did not have dementia. Their 11-year epidemiological study was the first of its kind to be conducted in the United States and was published by the journal Translational Psychiatry. [Related: Learn more about the latest scientific research at Scientific.news]

What the researchers found was that women who lived in heavily polluted areas, such as near main roads or in busy cities, had a dramatic increase in their risk for cognitive decline — to the tune of 81 percent.  Being exposed to levels of pollution deemed unsafe by health officials also translated to a 92 percent greater risk of developing dementia.

The team also discovered that certain women may be more at risk than others. Women who carried the APOE4 gene — which increases the risk of Alzheimer’s disease — exhibited the highest risk of getting dementia.

Professor Caleb Finch, who co-authored the study, explained, “Microscopic particles generated by fossil fuels get into our body directly through the nose into the brain.”

“Cells in the brain treat these particles as invaders and react with inflammatory responses, which over the course of time, appear to exacerbate and promote Alzheimer’s disease.”

Finch says that while the link between air pollution and Alzheimer’s disease and other types of dementia is still a “new frontier,” evidence continues to show that pollution is harmful to an aging brain. [Related: Keep up with the latest headlines about healthy aging at Longevity.news]

Previous research has also shown a correlation between air pollution and dementia risk. For example, earlier this year Canadian researchers unveiled their own findings that suggested air pollution is harmful to the brain. The team found that living within 50 meters of a main road were 12% more likely to develop dementia. In such close proximity, the levels of fine pollutant particles are up to 10 times higher than they are at even just a slightly further distance of 150 meters.

In 2015, an analysis of MRI brain scans from individuals that had enrolled in the Framingham Heart Study also came up with some concerning findings. The researchers from Harvard Medical School discovered that the closer people lived to a major roadway (and the more pollution they’d been exposed to), the smaller their cerebral brain volume was. This association remained even after the scientists adjusted for other factors like smoking, diabetes, and cardiovascular disease.

While the study of air pollution’s effects on the brain may be new, these recent findings certainly demand attention.