Billie Eilish and Tourette’s: Our new study reveals what it’s really like to live with the condition 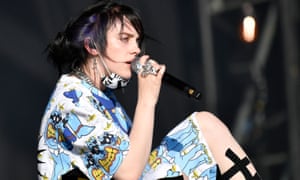 The American singer Billie Eilish recently spoke to her fans about having struggled with Tourette’s syndrome since she was a child. She’d previously avoided going public about her diagnosis as she said she didn’t want to be characterised by her condition.

The hallmark of Tourette’s is tics. These can be motor tics, such as blinking, or vocal tics, such as sniffing. And they tend to come and go over time. Despite what many people believe, Tourette’s rarely entails uncontrollable swearing. In fact, only a tiny proportion of people with Tourette’s experience this.

Although the condition is common – about one in 100 children is affected by it – there is still significant stigma associated with it, so much so that people try to hide their tics and avoid socialising.

In contrast to tics in other motor disorders, such as chorea (an involuntary movement disorder caused by neurological problems), the unique characteristic of Tourette’s is that people can suppress their tics for short periods. Although this often results in stronger outbursts when they allow themselves to tic freely.

Tics can diminish with age, and for some people they disappear by late adolescence or adulthood. Other people live with severe tics all their lives.

We recently conducted a study to find out what it is like to be diagnosed with Tourette’s and how it affects people’s lives. Sixteen adults from the UK agreed to be interviewed for our study. In our in-depth interviews, some adults with Tourette’s told us they live fulfilling lives, with satisfying jobs and happy family lives. They believe that Tourette’s does not define them. They even asserted that the condition had helped them grow emotionally and find greater meaning in their lives. As one participant put it:

It sounds really cheesy, but I think Tourette’s has made me a better person and it’s made me want to help other people.

But some participants reported feeling lonely as a result of their condition. Even those who had become more comfortable having Tourette’s felt a need to hide their tics in public. Similar to Eilish, they learned to suppress their tics and tried to conceal them by any means possible. Since that was not always feasible, some preferred to isolate themselves to avoid public ridicule and bullying.

The tics really made me less likely to reach out socially. Well, to socialise at all or to seek out friends, cause I was worried about being the joke.

They also wanted to disassociate themselves from other people with Tourette’s – a group they considered to be stigmatised by society.

Most adults reported being bullied – sometimes it was even ongoing. And some even experienced negative reactions to their condition from their parents. Some parents expressed frustration and disappointment, often because they misunderstood the condition. One participant said:

I was hidden in the cupboards and the rooms. I was never taken out into public. I was even kept away from my own family except from my grandparents.

Similar to other studies, our interviews showed that people with Tourette’s often have difficulty at work, with employers refusing to make reasonable adjustments for them and making it difficult for them to keep their jobs. Another participant said:

Imagine working in a bar and stressful nights and stuff like that and you start ticking and people start asking questions, poking fun at you drunk, so, you know … And you try and speak to your employer about it … ‘I need to stop right now, I need to pull myself away or go home or something because it’s gonna make me worse’. It’s just a big blow down, it really is. And they don’t understand that, and they don’t care either and they don’t believe they have to care.

The people in our survey said they wanted to be “normal” so they could achieve all their aspirations and goals. They felt that Tourette’s had held them back from being the person they want to be and doing the things they want to do.

Besides Billie Eilish and the American football player Tim Howard, few famous people have talked about Tourette’s outside the context of a joke. Having a pop star proudly admit that she has the condition and raising awareness about it may be a first step to fighting the stigma attached to Tourette’s syndrome. Indeed, identifying with a celebrity can make living with the condition more bearable and less lonely. It might even help people derive some pride from their diagnosis and show that there is hope for people with Tourette’s to fulfil their dreams, just like Billie Eilish.