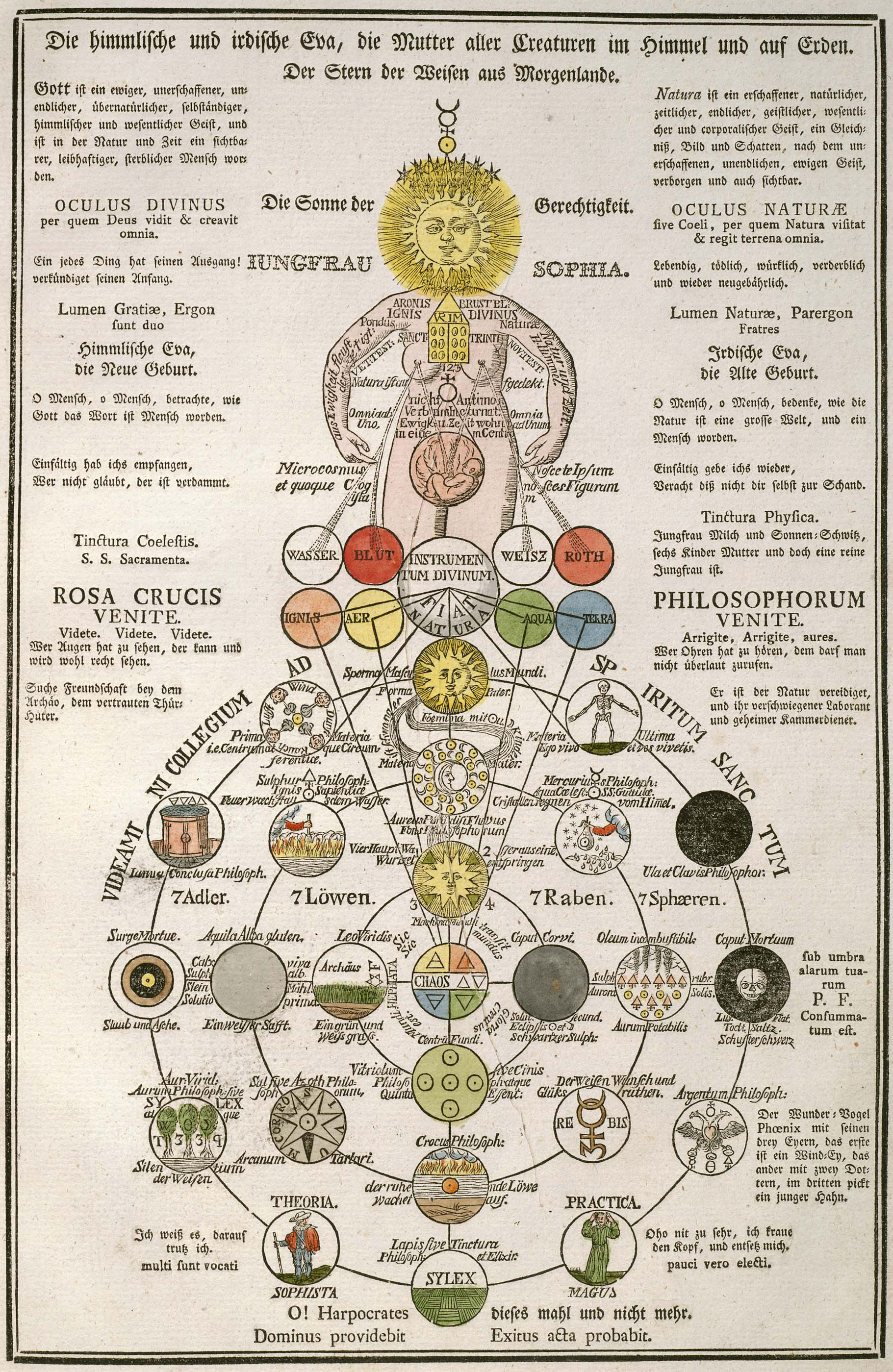 “Rumours, tales and urban myths are all memes or thoughtforms. While they may be primarily passed by the printed word, internet, media, etc., there is a time when they reach a certain “saturation point” and then become part of the collective unconscious.”

There is a simple premise in esoteric literature: thoughts have power. Even modern science accepts that behind the structure we know as the material world is a web of energy, and the interactions between different types of energy create the semblance of solidity we call matter.

Thought, then, as a form of energy, has the same power. This is why in so many traditions there are admonitions about controlling the thought process, while thinking and doing are still different things, thinking does have its effects.

Clairvoyants of many persuasions have seen and documented the shapes and forms produced by various types of thought; witness the work of Charles Leadbeater.

While many of these forms are fleeting, when empowered by the emotions and by memory they become more than just thoughts, they become thought forms.

These thoughtforms exist beyond simply when they are thought – they take on an independent existence within the mind of the thinker. They then influence memory and condition our perceptions of everyday life.

We may want to see these thoughtforms as only existing within the psyche of the neurotic or unstable, and yet all of us have our lives conditioned by the thoughtforms we have created in the past.

For most people they never see the present unfiltered, all experience is sieved through thoughtforms created from childhood, and even beyond through past lives.

“Meme: (pron. ‘meem’) A contagious idea that replicates like a virus, passed on from mind to mind. Memes function the same way genes and viruses do, propagating through communication networks and face-to-face contact between people.” – David S. Bennahum.

Thoughts however go much further. As documented in much modern research on Memes, thoughtforms can become like viruses of the mind. They can spread throughout groups, families, nations and indeed the world and are passed through the deeper levels of the unconscious we all experience.

Rumours, tales and urban myths are all memes or thoughtforms. While they may be primarily passed by the printed word, internet, media, etc., there is a time when they reach a certain “saturation point” and then become part of the collective unconscious.

This is exceptionally dangerous as negative and violent forms can control groups and crowds creating mob violence and aggression.

These group-minds are really thoughtforms out of control, and are known in the Gnostic Tradition as Archons. There are multitudes of Archons dwelling both within our minds and within the collective unconscious.

Not only can Archons exist in the unconscious collective mind, they can create a breach into the astral worlds through which fallen spiritual entities can then move into the earthly spheres and control the thoughtforms created.

The Archons are the products of mankind enlivened by fallen spirits and fed by our own emotions. They can control and influence individuals, collectives, even nations and governments.

In Gnostic literature these Archons can so increase in power that they become Dominions, forces which control whole groups of people; even races and countries.

People of many religions think that they are worshiping the I-AM; however they are actually feeding a false god, an Archon they have created from their own ignorance. This happens all too often and is why the esoteric tradition is imperative.

Without the guidance of esotericism, many will be caught within the web of exoteric (outer) religion. Fundamentalism, cults, literalism, extremism are all products of incorrect readings of the spiritual tradition.

When these groups develop, their thoughtforms take on a life of their own and, not being connected to the “real” energies of the Great Chain of Being, they soon sour and become a nexus for the manifestation of fallen entities from the astral worlds.

These fallen spirits work out of step with the universe and invigorate these forms so that they become independent, discrete fields of energy within the astral world (Archons). They grow from Archons to Dominions and rule from their astral kingdoms.

Their poor and unfortunate worshipers think they are following the “true god” but are actually feeding monsters created from mans suffering and ignorance.

Many of these forms feed on suffering, while others feed on pleasure, and they amplify the emotions of their members to gain more and more sustenance. In some sense they are truly “spiritual vampires”, and without esotericism, all religions and traditions succumb.

The imagery of Archons is very strong in Gnostic literature, and because it has become mixed with tales of cosmological dualism, many have come to believe that the Archons are the result of a cosmic error or fall.

The reality is that there was no cosmic error, just a misinterpretation caused by ignorance. Yet at the same time this ignorance has created a doorway through which fallen forms can enter and it is these Archons, or whatever we call them, which keep us from appreciating our own misperceptions.

Indeed, it is through our own permission that they enter the earth sphere. This is the idea which gave birth to the “fall of man” tradition.

Since man in his ignorance created fallen thought forms and allowed fallen entities to enter into the earth stream, then ultimately man is responsible for the present condition of his planet, his culture and his soul.

The issue of Archons is complex for there is an interaction between our own thoughtforms and real fallen astral entities. The thoughtforms allow these entities to interface with our own unconscious.

They can change form according to the language of the culture through which they communicate and, being a mixture of our own thoughtforms and “fallen” spirits, can mimic our own hidden desires and needs.

While in Medieval periods we may have had demons, incubus and succubus, in the present we have aliens, UFO abductions and medical experiments by creatures we cannot see. In the modern mode, these Archons are sometimes called “ultraterrestrials”.

However we must realize that these forms are spiritual in origin. Although there are many other races within our universe, it does seem that a percentage of UFO sightings and experiences reflect our own fears, terrors, needs and desires and hence have an Archontic origin.

“The world is the work of lowly powers which, though they may mediately be descended from Him, do not know the true God and obstruct the knowledge of Him in the cosmos over which they rule.

“The genesis of these lower powers, the Archons, and in general that of all the Orders of being outside God, including the world itself, is the main theme of Gnostic speculation… The universe, the domain of the Archons, is like a vast prison whose innermost dungeon is the earth, the scene of man’s life.

“Around and above it the cosmic spheres are arranged like concentric enclosing shells. Most frequently there are seven spheres of the planets surrounded by the eighth and of the fixed stars…

“The religious significance of this cosmic architecture lies in the idea that everything which intervenes between here and the beyond serves to separate from God, not merely by spatial distance but by active demonic force. Thus the vastness and multiplicity of the cosmic system express the degree to which man is removed from God…

“The Archons collectively rule over the world and each individually in his sphere is a warder of the cosmic prison. Their tyrannical world-rule is called Hiemarmene, universal Fate …

“[This universal fate] aims at the enslavement of man. As guardians of his sphere each Archon bars the passage to the souls that seek to ascend after death, in order to prevent their escape from the world and their return to God.” – The Gnostic Religion, Hans Jonas.

So when we read a description of Gnosticism such as that found in the classic text The Gnostic Religion by Hans Jonas, we must appreciate that the seeming cosmic dualism is actually a dualism between the real and the unreal, between the light of the higher worlds and forces which have been created through ignorance.

They are like “monsters from the Id”, they seem real enough and since the physical world is shaped and formed by our perceptions, they are for all intents and purposes real. The only way for us to escape Hiemarmene (universal fate) is to realize that we have created the prison bars ourselves.

“What a tragic world this is, he reflected. Those down here are prisoners, and the ultimate tragedy is that they don’t know it; they think they are free because they never have been free, and do not understand what it means.

“This is a prison, and few men have guessed. But I know, he said to himself. Because that is why I am here. To burn the walls, to tear down the metal gates, to break each chain. Thou shalt not muzzle the Ox as he treadeth out the corn, he thought, remembering the Torah.” – The Divine Invasion, Phillip K. Dick. HarperCollins 1981.

“For we contend not against flesh and blood, but against principalities, against the powers, against the world rulers of this present darkness.” – Ephesians 6:12.

While the Archons and the Demiurge are creations of man’s ignorance, they are used by the fallen spirits as a source of power. This is one of the major problems with the Archons we create – they attract forms and spirits which are themselves in ignorance and hence follow them.

Bonus: Icke on the Archons.

For those who want more, take a listen to Trey Smith’s version of it all: