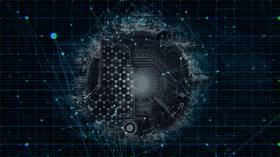 The software engineers at Google have built the world’s most powerful computer, the Financial Times and Fortune magazine reported on Friday, citing the company’s now-removed research paper. The paper is said to have been posted on a website hosted by NASA, which partners with Google, but later quietly taken down, without explanation.

Google and NASA have refused to comment on the matter. A source within the IT giant, however, told Fortune that NASA had “accidentally” published the paper before its team could verify its findings.

ALSO ON RT.COMHuawei rolls out new flagship phones without Google apps amid US trade war with China

In the research, Google reportedly claimed that it takes their new quantum processor just around 200 seconds to make calculations that existing supercomputers would require around 10,000 years to perform. They also said the processor requires mere 30 seconds to complete a task the Google Cloud server would need 50 trillion hours to do.

Quantum computing allows evaluating multiple possibilities at once and performing complex calculations not possible on normal computers. So, if proven true, Google’s new processor would be a real breakthrough, propelling the firm way ahead of giants like Microsoft, IBM and Intel, all of whom compete in building quantum processors.