A new report reveals that some 3,000 minors are among the 14,000 people who are currently engaged in prostitution in Israel.

A new report has revealed that some 14,000 people in Israel are currently engaged in prostitution, including 3,000 minors.

Citing figures presented at the annual conference on the status of women held last week, Israeli daily the Jerusalem Post said 95% of sex workers in Israel are women.

The conference was held on Thursday by the Gender and Feminism Studies, M.A. at the Schechter Institute of Jewish Studies in Jerusalem al-Quds, the paper said.

The age of entry into prostitution in Israel is as low as 13, and only 20% of the women engaged in the vocation ultimately manage to escape the cycle of prostitution, it said.

Most of the women engaged in prostitution have experienced severe sexual abuse in childhood, according to testimonies from women caught up in the cycle and those who have left it.

Na’ama Goldberg, founder and director of the Don’t Stand Aside (Lo Omdot Mineged) organization, said women entering prostitution in Israel are those who have no choice.

“In many cases we are talking about severe traumas such as incest, girls coming from non-functioning homes, complete with neglect of their emotional needs, running away from home and straight into the arms of pimps with the aim of seeking love. That’s where the vicious circle begins.” 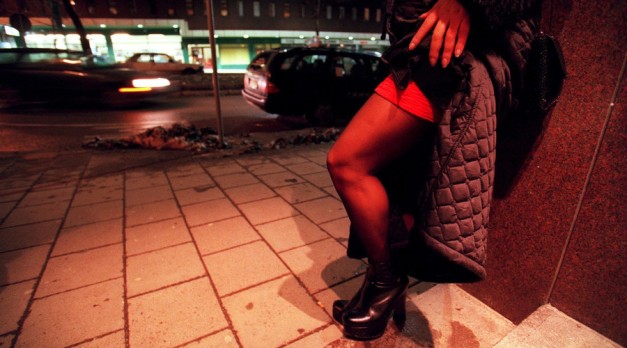 © Reuters
A pilot scheme in Leeds to allow sex workers to ply their trade on the streets without fear of arrest will continue indefinitely after the council announced it had improved the safety of prostitutes and made it easier for them to report crimes.

The scheme, piloted by police and the local council, allows prostitutes to work in a “managed area” between 7pm and 7am.

The decision comes just three weeks after a sex worker was murdered in Holbeck, an area in the center of the city. West Yorkshire Police Superintendent Sam Millar called the scheme “brave” and pioneering.

“Having gone through years and years of enforcement, which hasn’t achieved the outcomes of breaking the cycle of sex work, we wanted to do something different which might help us better achieve those outcomes, to be brave and take some risks.”

Councilor Mark Dobson said although the scheme is not a “universal cure-all,” it offers a “pragmatic approach” to the issue.

The council says the scheme has improved community relations, the safety of sex workers and allowed prostitutes to report incidents of harassment without facing recrimination.

Police in the area will no longer issue cautions or make arrests for soliciting during the working hours specified in the area.

Millar said the priority for the scheme was making sex work safer.
“Our job is to keep people safe and that applies when people put themselves in risky situations,” he said.

A female police officer has also been specially appointed to handle cases involving sex workers and to ensure their safety.

However, the scheme has been criticized by local businesses, who say that they find drug detritus and illegal activity near their premises.

Greg Adams, managing director of workplace products firm AB4, told the MailOnline he was “horrified” by the scheme.

“I was genuinely horrified,” he said. “As far as I am concerned the council and police are breaking the law by turning a blind eye to soliciting. There have been many incidents.”

“People are having sex next to cars and up against buildings. Many are drug users and the evidence of drugs is there to see.”

The council says the number of complaints it receives in the area has fallen since the scheme was introduced.