Microplastics found in 93% of bottled water tested in global study

This should put an end to people walking around with plastic bottles. It’s uncool and unhealthy. 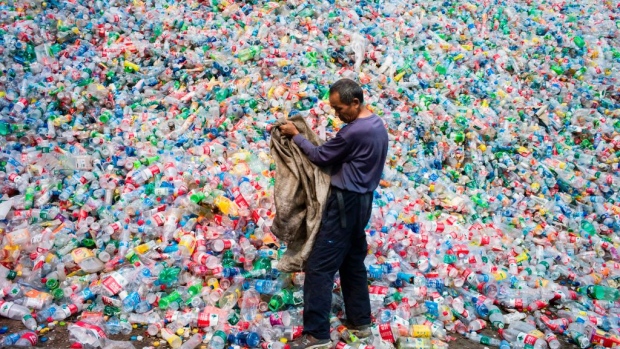 Microplastics are the result of the breakdown of all the plastic waste that makes its way into landfills and oceans. The purpose of the study was to establish the presence of the plastics in bottled water. (Fred Dufour/AFP/Getty Images)

The bottled water industry is estimated to be worth nearly $200 billion a year, surpassing sugary sodas as the most popular beverage in many countries. But its perceived image of cleanliness and purity is being challenged by a global investigation that found the water tested is often contaminated with tiny particles of plastic.

“Our love affair with making single-use disposable plastics out of a material that lasts for literally centuries — that’s a disconnect, and I think we need to rethink our relationship with that,” says Prof. Sherri Mason, a microplastics researcher who carried out the laboratory work at the State University of New York (SUNY).

The research was conducted on behalf of Orb Media, a U.S-based non-profit journalism organization with which CBC News has partnered.

Mason’s team tested 259 bottles of water purchased in nine countries (none were bought in Canada). Though many brands are sold internationally, the water source, manufacturing and bottling process for the same brand can differ by country.

The 11 brands tested include the world’s dominant players — Nestle Pure Life, Aquafina, Dasani, Evian, San Pellegrino and Gerolsteiner — as well as major national brands across Asia, Africa, Europe and the Americas.Researchers found 93 per cent of all bottles tested contained some sort of microplastic, including polypropylene, polystyrene, nylon and polyethylene terephthalate (PET).

Microplastics are the result of the breakdown of all the plastic waste that makes its way into landfills and oceans. They are also manufactured intentionally, as microbeads used in skin care products. Microbeads are now being phased out in Canada, after significant numbers began to appear in the Great Lakes and the tiny particles were found filling the stomachs of fish.

Anything smaller than five millimetres in size (5,000 microns) is considered microplastic. 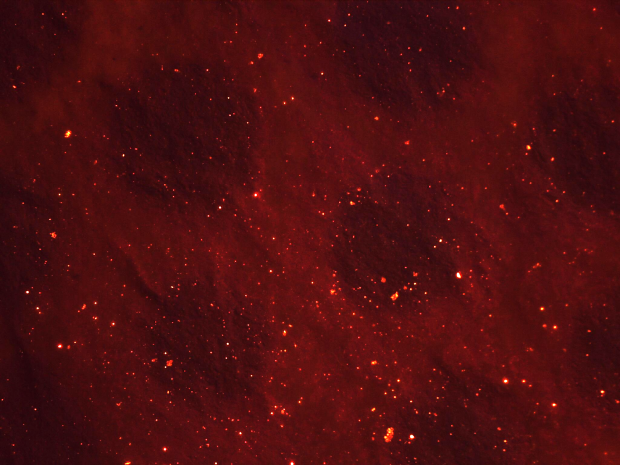 Using the Red Nile test, researchers identified tiny particles believed to be microplastics in many bottles of water. (Orb Media)

Orb found on average there were 10.4 particles of plastic per litre that were 100 microns (0.10 mm) or bigger. This is double the level of microplastics in the tap water tested from more than a dozen countries across five continents, examined in a 2017 study by Orb that looked at similar-sized plastics.

Other, smaller particles were also discovered — 314 of them per litre, on average — which some of the experts consulted about the Orb study believe are plastics but cannot definitively identify.

The amount of particles varied from bottle to bottle: while some contained one, others contained thousands.

The purpose of the study was to establish the presence of the plastics in bottled water.

It’s unclear what the effect of microplastics is on human health, and no previous work has established a maximum safe level of consumption. There are no rules or standards for allowable limits of microplastics in bottled water in Canada, the United States and Europe. Rules and standards for other countries from the study are not known.

Two brands — Nestle and Gerolsteiner — confirmed their own testing showed their water contained microplastics, albeit at much lower levels than what Orb Media is reporting.

Plastics are present nearly everywhere and can take hundreds of years to degrade, if at all. Many types only continue to break down into smaller and smaller particles, until they are not visible to the naked eye.

Plastics have also been known to act like a sponge, and can absorb and release chemicals that could be harmful if consumed by mammals and fish.