Source: “Scientists Found That The Soul Doesn’t Die – It Goes Straight Back To The Universe”

According to a new scientific study, published in the journal Resuscitation, scientists have recently found evidence that there is, indeed, life after death.

The researchers, from the University of Southampton, in the United Kingdom, was the largest ever medical study into near-death and out-of-body experiences. 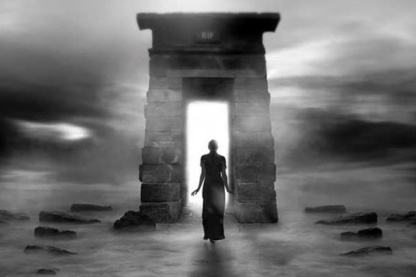 The study revealed that some awareness may continue even after the brain has shut down completely.

According to the researchers, who spent more than four years studying more than 2,000 patients who had suffered cardiac arrests at 15 different hospitals in Austria, the United States, and the United Kingdom, nearly 40 percent of the patients who survived resuscitation described some sort of bodily awareness during the time in which they were considered clinically dead.

39 percent of the 140 survivors surveyed (out of just over 2,000 patients studied) noted this awareness, including sensations of peacefulness, or of time changing (either slowing down or speeding up).

Some recalled seeing a bright light; a golden flash or the Sun shining.

Others recounted feelings of fear, drowning or being dragged through deep water.

In one of the eeriest anecdotes, a 57-year-old man from Southampton, who was pronounced dead for three minutes, said he left his body entirely, watching his resuscitation from the corner of the room.

He was able to accurately recount the actions of the nursing staff and the sound of the machines used in his resuscitation process.

Commenting on the study, the editor-in-chief of the journal Resuscitation, Dr Jerry Nolan said Dr Parnia and his colleagues are to be congratulated on the completion of a fascinating study that will open the door to more extensive research into what happens when we die.

Man loses pulse for 45 minutes, wakes up with incredible vision of afterlife (5 min)

Posted by Lou on July 13, 2017
Posted in: After death, Death and dying, Inspiration, Life after death, Reincarnation, Video. 2 Comments

After the heavenly vision Miller claims, “there is an afterlife and people need to believe in it, big time.”