Read the 1999 Anthony Bourdain essay that started it all 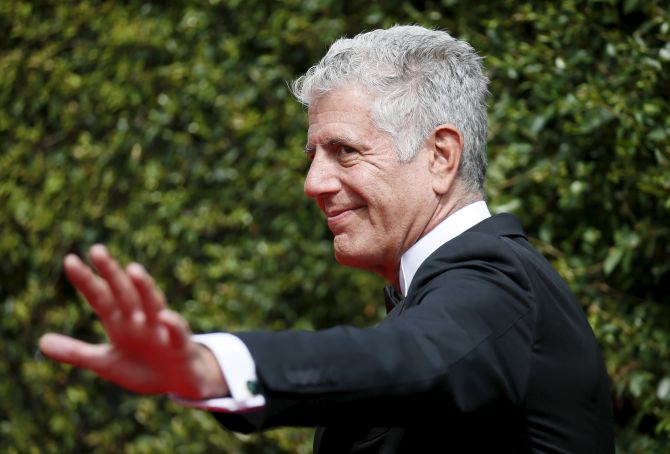 Anthony Bourdain died today. He was 61.

You may have seen his CNN program, or read a book, but you don’t know all the world lost until you first read the New Yorker essay that set his career as a journalist, educator, and broadcast star into motion.

‘Don’t Eat Before Reading This,’ the 1999 essay was titled. ‘A New York chef spills some trade secrets.’

Gastronomy is the science of pain. Professional cooks belong to a secret society whose ancient rituals derive from the principles of stoicism in the face of humiliation, injury, fatigue, and the threat of illness. The members of a tight, well-greased kitchen staff are a lot like a submarine crew. Confined for most of their waking hours in hot, airless spaces, and ruled by despotic leaders, they often acquire the characteristics of the poor saps who were press-ganged into the royal navies of Napoleonic times—superstition, a contempt for outsiders, and a loyalty to no flag but their own.

A good deal has changed since Orwell’s memoir of the months he spent as a dishwasher in “Down and Out in Paris and London.” Gas ranges and exhaust fans have gone a long way toward increasing the life span of the working culinarian. Nowadays, most aspiring cooks come into the business because they want to: they have chosen this life, studied for it. Today’s top chefs are like star athletes. They bounce from kitchen to kitchen—free agents in search of more money, more acclaim.

I’ve been a chef in New York for more than ten years, and, for the decade before that, a dishwasher, a prep drone, a line cook, and a sous-chef. I came into the business when cooks still smoked on the line and wore headbands. A few years ago, I wasn’t surprised to hear rumors of a study of the nation’s prison population which reportedly found that the leading civilian occupation among inmates before they were put behind bars was “cook.” As most of us in the restaurant business know, there is a powerful strain of criminality in the industry, ranging from the dope-dealing busboy with beeper and cell phone to the restaurant owner who has two sets of accounting books. In fact, it was the unsavory side of professional cooking that attracted me to it in the first place. In the early seventies, I dropped out of college and transferred to the Culinary Institute of America. I wanted it all: the cuts and burns on hands and wrists, the ghoulish kitchen humor, the free food, the pilfered booze, the camaraderie that flourished within rigid order and nerve-shattering chaos. I would climb the chain of command from mal carne (meaning “bad meat,” or “new guy”) to chefdom—doing whatever it took until I ran my own kitchen and had my own crew of cutthroats, the culinary equivalent of “The Wild Bunch.”

A year ago, my latest, doomed mission—a high-profile restaurant in the Times Square area—went out of business. The meat, fish, and produce purveyors got the news that they were going to take it in the neck for yet another ill-conceived enterprise. When customers called for reservations, they were informed by a prerecorded announcement that our doors had closed. Fresh from that experience, I began thinking about becoming a traitor to my profession.

We’re so glad you did, Mr. Bourdain.