Posted by Lou on January 23, 2018
Posted in: Flying cars/ drones, The Future, Transportation. Leave a comment

In his first public appearance in Europe speaking at the at DLD conference in Munich, Uber’s new CEO Dara Khosrowshahi, who “comes across very well and is being very open and honest” in a welcome change to the company’s C-Suite, says he is still working on cleaning up its culture, but growth has not been slowed by the ongoing efforts.

Dara said that he thinks disruption always leads to breaking of norms, but that Uber ‘took it too far’ in past, and admits that profitability is still biggest concern… apart from culture, of course.

Khosrowshahi said the way Uber entered into Germany was “wrong”, and explains that he plans to expand to more German cities in 2018, but will do so slowly.

The punchline, however, was the following: he now sees manufacturers producing flying cars for U.S. within 10 years even as he concedes that there is a lot left to do before fully autonomous cars are ubiquitous.

Still, not even the new CEO could stop himself from making a political comment at the conference, wearing a “we are all dreamers” t-shirt at #DLD18. “US is a nation of immigrants, we have to let #dreamers continue their lives” 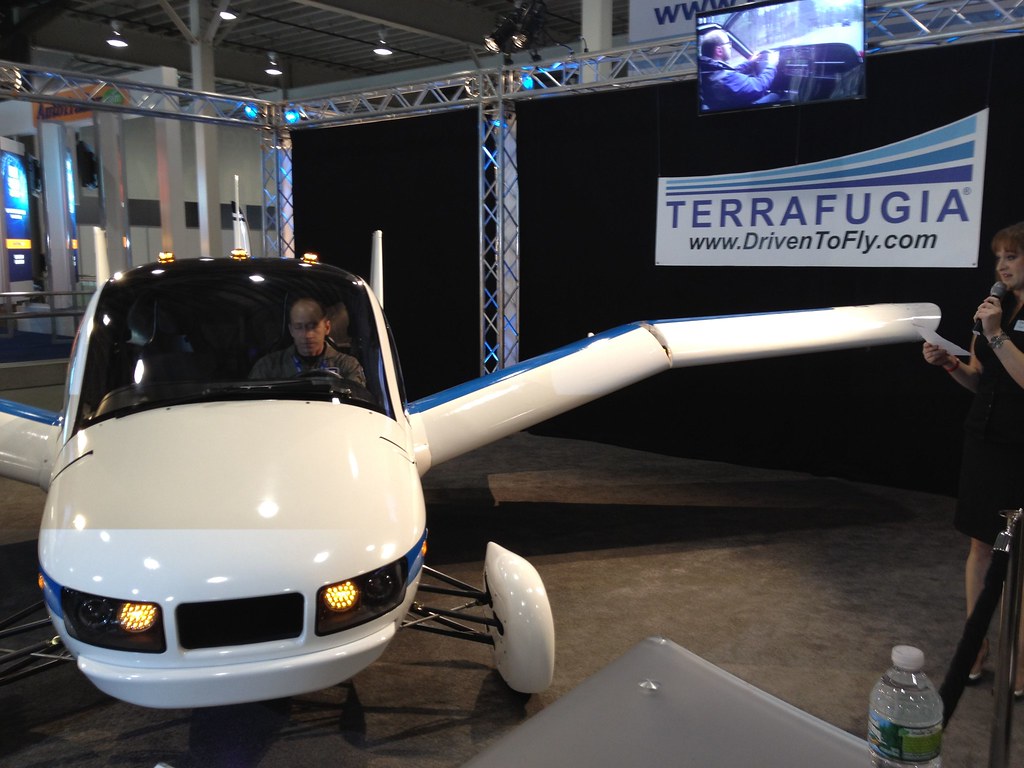 You may be flying in a car sooner than you think

On January 8th at the CES (Consumer Electronics Show) in Las Vegas, the latest in a varied line of prototype “flying cars” was unveiled.  The new entry, dubbed the “Volocopter” actually flew across the stage, showing that the technology does work.

Volocopter is a joint venture with Intel to develop a system that flies passengers on short hop flights, like a taxi service.  Presently the battery life in these machines is about 27 minutes, but they hope to get a reliable one-hour endurance out of the production models when they arrive.  The copter is not really a flying car so much as it is an 18-rotor drone that a human can ride in.  With the advent of multi-rotor technologies, this variant on the drone design offers vertical take off and landing, the ability to hover, and fly-by wire control that is very precise.

This was the German startup’s first demonstration in the USA, though as the reader can see from the above video, this device has been in testing in Dubai for quite some time, and in fact, Dubai has an order of these they are awaiting.

This is only one of several companies working on this technology.  Terrafugia is developing the TF-X as a hybrid powered flying car with four passengers, VTOL capability, computer-controlled navigation and high cruise speeds, in real flight, of 200 mph (325km/hr) and a 500-mile (800km) range. The cruise mode is powered by a conventional gasoline engine which also recharges the electric VTOL systems.

Aeromobil is a Slovakian contender for this market.  It’s eponymous vehicle is also a true flying car, and it looks very much like an airplane, powered by a turbocharged boxer engine in the air, and a hybrid electrical system on the ground.

Google founder Larry Page endowed US$100 million to this next venture company, Zee.Aero.  Yes, that is how the name looks. We do not have a rendering of this car, much less a flying model, but we do have a diagram that is quite interesting, as the car appears to combine both drone-like and fixed wing technologies.  This is actually a likely standard since a traditional fixed wing requires the driver to take the vehicle to an airport before taking off.  This also mandates that the driver of the vehicle actually be a pilot.  By comparison, the drone-styled vehicles are often computer-controlled, following an autopilot’s directives to go from point to point. But here is Zee Aero for consideration:

The last flying car in our survey is not the last of the field.  There are many more, by Moller Industries, Airbus and other enterprises large and small.  But this one is unique.  While a fixed-wing design, this vehicle nevertheless has VTOL capability and it is considered a jet-powered vehicle. Meet the Lilium:

This cool machine uses electrically powered ducted fans to create jet propulsion for take off and landing vertically, and then the jet’s directions are changed to accelerate the vehicle into real flight.  The expectation is to get a car that can fly at about 185 miles per hour (300km), and take off and land everywhere.

This industry is a race, and it remains to be seen who will cross the finish line with a production vehicle first.  However, as we see, there are already prototypes taking to the air, so it shouldn’t be too long now!