Groundbreaking research by a scientist originally from Newfoundland’s south coast could broaden treatment options for mental illness — thanks to fecal transplants.

The research is the first to potentially link gut bacteria to bipolar disorder, but it’s part of a growing area of investigation that examines how the bacteria that live inside our digestive systems might affect our mental health.

Taylor’s potentially groundbreaking research relies on a medical treatment that might make some squeamish: fecal transplants.

Taylor’s path to the unusual treatment wasn’t as winding as the small intestine, and actually came to her through direct experience with a patient.

She and a patient of hers struggled because she was unable to find a treatment that relieved the symptoms of his mental illness. While the patient was being treated with antibiotics for pneumonia, she noticed that those symptoms were decreasing — and that they unfortunately returned once the antibiotic treatment ended.

Scientists use donated stool to make a filtrate, or a slurry of sorts, out of feces, similar to this one made to treat C. difficile. (Maureen Taylor)

“For both of us it was sort of an aha moment,” Taylor, originally from Boxey, N.L., told the St. John’s Morning Show.

“What’s going on that an antibiotic that fights bacteria seems to be helping with his symptoms of depression?”

When she began researching the idea she found that there was interesting research done in animals, mainly rats and mice, showing that altering the bacterial flora in their digestive systems could, for example, make them anxious when they were not previously, or alleviate depression. It made Taylor curious about what the results would be like in humans.

“Humans aren’t rats or mice so we may not see the same things, but we thought that it was really worth looking into.”

Going straight to the source

It’s not advisable to give someone a particular antibiotic over the long term without an infection to fight, because it can lead to antibiotic resistance, Taylor said.

That meant changing the bacteria where it lives.

“We decided to go straight to the source, in that we’re interested in the [gastrointestinal] system,” Taylor said.

“So what we’re doing is a process called fecal transfer, which is exactly what you think it is.” 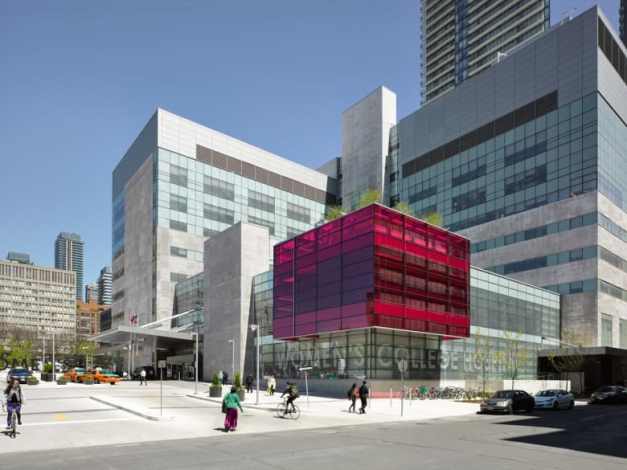 Taylor is chief of psychiatry at Women’s College Hospital in Toronto. (Ben Rahn/A-Frame)

For a fecal transfer, a carefully screened, healthy person donates stool, which is then prepared in an infectious disease lab into a filtrate.

The prepared stool is injected into the gastrointestinal tract of the patient in a sort-of reverse colonoscopy.

Taylor’s study will monitor those patients to see if changing the bacteria in the GI system by introducing healthy bacteria actually has an impact on mental health outcomes.

The idea of a fecal transplant may sound strange, but there is interest in this research, said Taylor, who has received inquiries from people around the world who want to be part of the study.

“I think it speaks to the fact that a lot of the medication treatments that we have for mental illness don’t work very well for a lot of people, and people are desperately ill,” she said.

“They’re quite willing to try anything that could potentially help them to get well.”

Right now Taylor and her research team are in the process of recruiting study participants, and they anticipate finishing the research in about a year.

The results have value either way, she said.

If the treatment works, it could open up a whole new treatment pathway for mental illness. If it doesn’t, researchers know they can place their resources elsewhere.

“We’re pretty excited about it,” Taylor said. “I think it’ll be helpful to the field, regardless of the outcome.”