Reading the Grim History in Our DNA

New book explores the disquieting — and violent — past written in our genes.

This book is fascinating, surprising and disquieting, in roughly equal portions. The fascination arises from a remarkable new science making discoveries almost daily. The surprises are in discoveries that overturn what seemed like settled knowledge about humanity’s evolution and spread.

And the disquiet stems from the implications. If history is written by the winners, the history in our DNA is darker and bloodier than anything imagined in Game of Thrones.

David Reich is a specialist in ancient DNA and the head of the Reich Lab at Harvard. He and his colleagues can read whole genomes in a single bone, faster and more cheaply than anyone would have thought possible in the 1990s.

The genetics of ancient-DNA analysis are complex, and Reich doesn’t dumb down the technical aspects. Sometimes his explanations baffle more than enlighten. But he shows that it’s a wise population that knows its ancestors: we of European descent, for example, are a recent mixture of four different peoples as unlike one another as modern Europeans are from modern East Asians.

Other surprises are coming thick and fast. Reich himself was surprised to find that modern non-African humans derive about two per cent of their ancestry from Neanderthals; we’re also remote descendants of the Denisovans, a human group we didn’t even know existed until 2008. The Denisovans also inter-bred with their distant cousins the Neanderthals and were among the ancestors of South Asians, New Guineans, Australians and Melanesians. And the DNA of the Australians’ ancestors, Reich tells us, has also been found in Brazil’s Amazon region — churning up the prehistory of the Americas and hinting at as many as four distinct migrations from Asia.

One striking result of this high-tech genealogy is the ability to predict populations whose bones we haven’t found yet. One such group was the Ancient North Eurasians, whose DNA was found in both modern Europeans and Indigenous Americans. Well after that “ghost population” was identified, the 24,000-year-old bones of an Ancient North Eurasian were found in a cave near the Siberian village of Mal’ta.

We know more about the genetic history of “West Eurasia” — Europe from the Urals to the sea — than of the rest of the world. That’s because European bones are more accessible than those from Asia, Africa and the Americas.

But it’s also a cultural and political problem: China won’t send its bones outside the country, and Indigenous peoples of the Americas take a dim view of strangers messing with their ancestors’ remains. Reich praises the wisdom of Danish DNA researcher Eske Willerslev, who has persuaded some Indigenous groups that ancestral DNA can strengthen their claims to their land.

Differences in modern saliva genes suggest a “ghost” species of ancient humans interbred with others—and that it may not have been unusual. 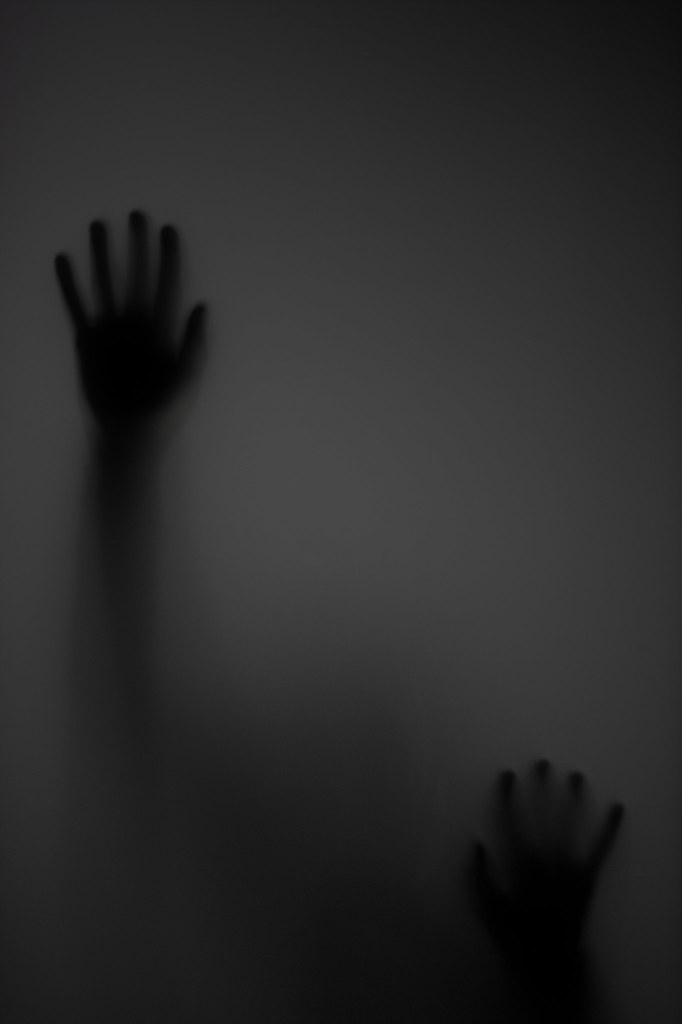 The research adds to a growing body of evidence suggesting sexual rendezvous between different archaic human species may not have been unusual.

“It seems that interbreeding between different early hominin species is not the exception—it’s the norm,” says Omer Gokcumen, an assistant professor of biological sciences in the University at Buffalo College of Arts and Sciences.

“Our research traced the evolution of an important mucin protein called MUC7 that is found in saliva,” Gokcumen says. “When we looked at the history of the gene that codes for the protein, we see the signature of archaic admixture in modern day Sub-Saharan African populations.”

Scientists made the discovery while researching the purpose and origins of the MUC7 protein, which helps give spit its slimy consistency and binds to microbes—potentially helping to rid the body of disease-causing bacteria.

As part of this investigation, the team examined the MUC7 gene in more than 2,500 modern human genomes. The analysis yielded a surprise: a group of genomes from Sub-Saharan Africa had a version of the gene that was wildly different from versions found in other modern humans.

The Sub-Saharan variant was so distinctive that Neanderthal and Denisovan MUC7 genes matched more closely with those of other modern humans than the Sub-Saharan outlier did.

“Based on our analysis, the most plausible explanation for this extreme variation is archaic introgression—the introduction of genetic material from a ‘ghost’ species of ancient hominins,” Gokcumen says.

“This unknown human relative could be a species that has been discovered, such as a subspecies of Homo erectus, or an undiscovered hominin. We call it a ‘ghost’ species because we don’t have the fossils,” explains Gokcumen.

Given the rate that genes mutate during the course of evolution, the team calculated that the ancestors of people who carry the Sub-Saharan MUC7 variant interbred with another ancient human species as recently as 150,000 years ago, after the two species’ evolutionary path diverged from each other some 1.5 to 2 million years ago.

Neanderthal DNA lives on in our skin

The scientists are interested in MUC7 because a previous study showed that the protein likely evolved to serve an important purpose in humans.

Prior studies by other researchers found that the five-copy version of the gene protected against asthma, but Gokcumen and colleagues did not see this association when they ran a more detailed analysis.

The new study did conclude, however, that MUC7 appears to influence the makeup of the oral microbiome, the collection of bacteria within the mouth. The evidence for this came from an analysis of biological samples from 130 people, which found that different versions of the MUC7 gene were strongly associated with different oral microbiome compositions.

“From what we know of MUC7, it makes sense that people with different versions of the MUC7 gene could have different oral microbiomes,” says Stefan Ruhl, co-lead of the study and a professor of oral biology in University of Buffalo’s School of Dental Medicine.

“The MUC7 protein is thought to enhance the ability of saliva to bind to microbes, an important task that may help prevent disease by clearing unwanted bacteria or other pathogens from the mouth,” Ruhl says.

The research appears in the journal Molecular Biology and Evolution. Additional researchers who contributed to the work are from Penn State; the Foundation for Research and Technology—Hellas in Greece; and the University of Minnesota.

The University at Buffalo Research Foundation, InnovCrete, and the National Institute of Dental and Craniofacial Research funded the work.