Free cheese for Swiss? Hundreds sign up to get $2,500 a month under basic income trial 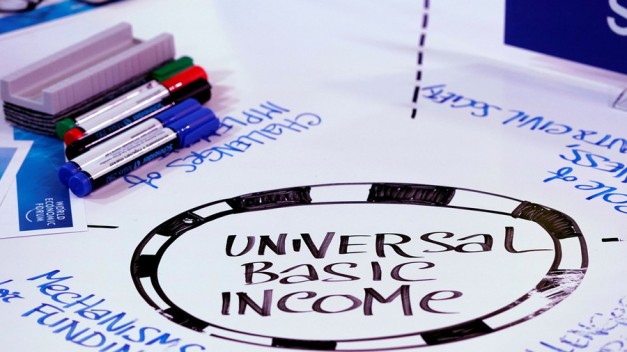 © Denis Balibouse / Reuters
Some 600 people have enrolled in a private basic income experiment in Switzerland, less than a week after it was announced. The trial apparently aims to find out what the citizens are going to do if granted over $2,500 monthly.

Some 590 people in the Swiss town of Rheinau have reportedly agreed to receive a monthly universal basic income (UBI) of 2,500 francs ($2,570) for a year. The practical experiment needs 650 participants – half the population of Rheinau – before it can go ahead. 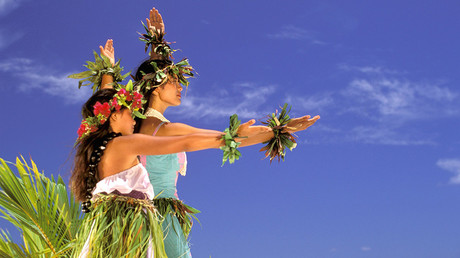 Hawaii may become first US state to adopt basic income

The woman behind the experiment, Rebecca Panian, says she needs minimum half of the town’s population to be involved before the project can move onto the fundraising stage. The 3 to 5 million francs needed for the 12-month experiment is going to be raised from crowdfunding or donations from institutions.

Participants who earn more than 2,500 francs will be required to repay any money received during the 12-month period. If the experiment goes ahead, Panian plans on documenting its progress with a team of researchers including sociologists, an economist and a media linguist.

The deadline from Panian’s experiment in September 17th, but only Rheinau residents who moved there before June 5th are eligible to take part.

The concept has been trialed recently in Finland, Canada, California, Spain, and Kenya. A Silicon Valley UBI experiment plans on giving 1,000 people, $1,000 per month for three years, and 2,000 thousand people $50 for five years.

Finland UBI experiment is scheduled to end next year, which pays $690 to 2,000 random, unemployed, Finns each month. The program was proposed as a possible solution to a record-high unemployment rate.

Switzerland overwhelmingly rejected the idea of a 2,500 francs UBI for all 8 million residents in 2016. Some said they basic income would free people to pursue more production or creative life goals, while critics argued it would cripple the economy and encourage less productivity.

(ANTIMEDIA) — A crowdfunding campaign has succeeded in raising the funds necessary to pay a Freedom of Information Act request fee for documents related to the CIA’s controversial MKUltra program.

John Greenewald of Black Vault, a website that publishes government documents, appealed to the internet for help after the agency refused to waive the $425 fee it was demanding to release the documents. Greenewald, who has been filing FOIA requests for two decades, had previously published files on MKUltra, a program best known for dosing individuals with drugs like LSD to research mind control. The program was shut down, and the documents were reportedly destroyed in 1973 at the order of then-director Richard Helms, but some were eventually released.

Greenewald filed his first request for the documents in the late ‘90s and says he didn’t hear back for years. In 2004, the CIA released some relevant documents to him via CD-Rom, which he published, but years later, he discovered thousands of pages were missing.

“So, even though I paid for the CDs already, and they gave me an index originally stating that 100% of those records were on the CD-ROMs, they in fact, were not,” he said in his GoFundMe appeal. He filed a new request but the CIA is charging him $425 to print 4,358 pages of previously withheld material. He easily met his goal of $500 (to cover any additional costs and GoFundMe fees) with the help of just 16 donors.

MKUltra has been extensively verified — in one case, the CIA kept seven prisoners at a Kentucky penitentiary high on acid for 77 days — but many of the documents are not available to the public. Though the CIA claims the documents he is requesting are not related to MKUltra, and rather, pertain to “behavioral modification,” Greenewald isn’t convinced. “Whether or not that ties into MKUltra and mind control, which I believe it does, the CIA claims it does not,” he told Vice News.

“To me, even though the government lies, documents do not,” Greenewald said. “And documents tell a very interesting story. That’s why I love them.”

He added, “We shouldn’t be afraid to ask questions.”