Propaganda Against the Matrix 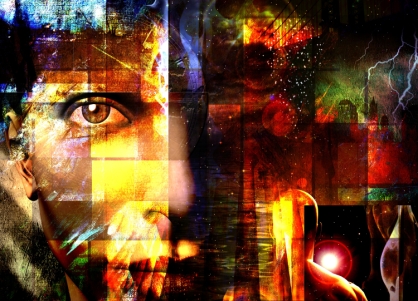 After all, what is society but a collective of individuals?

As the adage goes, we are only as strong as our weakest link. If the link is damaged beyond repair, then it will be necessary to replace it in order to preserve the whole.

Regrettably fear, greed, and resulting tyranny is part of human nature, the desire to control everything outside of ourselves without examining our true nature.
Therefore it is necessary to be diligent, awake and wise.

While I agree that the tree of liberty must be refreshed from time to time with the blood of patriots and tyrants, we must temper that idealism with reality. Pushing for a system wide collapse without a contingency plan doesn’t serve anyone, we have to be smart about it.

The elite controllers sense their time is up, so they are scheming everything to divide and conquer, create a problem (false flags) and offer solution. We have to be aware not to fall into their traps. 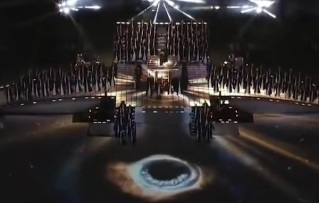 Superbowl, Madonna and the eye of Sauron

The ultimate solution will unfold before us, abide by the timeline. Trump, Putin and many positive forces are working behind the scenes for the reset. At the right time, we’ll all do our part with clarity and resoluteness. Just stay the course.

Jon Rappoport: The World is not You

Source: The world is not you « Jon Rappoport’s Blog

You meet a person who talks about elites’ war on the population, and this person, you realize, is doing two things: he’s speaking the truth; but he’s also canceling out his own life. It’s strange. It’s as if, in all his truth telling, he’s left a hole, and that hole is himself. The balance is gone. But it’s more than that. The decay and the disintegration of society is his excuse for his own absence. His own absence, even to himself.

You try to imagine what would happen if 100,000 people like him joined together in a great cause, and won. What would they do? It occurs to you that they wouldn’t suddenly reconstitute their own lives. They wouldn’t know how.

They wouldn’t be able to assert the value of the individual. They’d laid that aside and lost it along the way.

Societies and civilizations, if they have vitality, would be dedicated to the freedom and power and independence of the individual—and restoring THAT would be a noble cause.

When, in 1776, the American colonists declared independence, what was it for? What was the central core idea, the very best idea? And later, when the Constitution was written and ratified, what was the bottom line?

Everyone, as a group? Or every individual?

We are now living in the Time of the Blob. The Great Cheese Melt. Humans are perceived as groups. It’s a cultural imperative. Which group is preferred over which other group? Is the Cheddar Blob better than the Mozzarella Blob? Which side should one fight on?

From 1982-2001, I worked as a freelance reporter. When my articles were published, they appeared under the banner of a media organization. I gave it little thought, except when I couldn’t publish a piece because it was too controversial for the tastes and biases of editors. But once I broke away from that system and started my own site, I quickly realized that I was absolutely doing my own work, and I was the ultimate decision maker. And then I began to coalesce my ideas about The Individual.

Where is he? What are his best dreams?

Why is the culture trying to grind up the life-force of the individual?

Who will stand against THAT?

If so-called liberal institutions of higher learning suddenly dispensed with every shred of propaganda about groups and favored groups, what would they be left with? How many professors would be able to teach even an hour of coherent substance?

When you boil down the collectivist view of existence, it is a massive fraud. Persons pass, from mind to mind, empty ideas about The Group. The absence of these ideas’ true content is not a problem to them, because the sole action of passing and transmitting and “sharing” is the key feature. If that is culture, a donkey is a space ship pilot.

In a real culture, whatever can be done, voluntarily, to empower individuals to build and invent on that foundation is the central premise.

The author of three explosive collections, THE MATRIX REVEALED, EXIT FROM THE MATRIX, and POWER OUTSIDE THE MATRIX, Jon was a candidate for a US Congressional seat in the 29th District of California. He maintains a consulting practice for private clients, the purpose of which is the expansion of personal creative power. Nominated for a Pulitzer Prize, he has worked as an investigative reporter for 30 years, writing articles on politics, medicine, and health for CBS Healthwatch, LA Weekly, Spin Magazine, Stern, and other newspapers and magazines in the US and Europe. Jon has delivered lectures and seminars on global politics, health, logic, and creative power to audiences around the world. You can sign up for his free NoMoreFakeNews emails here or his free OutsideTheRealityMachine emails here.