Listen: Aztec Death Whistles Sound like Human Screams and May Have Been Used as Psychological Warfare

OMG! I want one! Imagine using one of those when you are stuck in a line-up. Or, when your partner nags you all day long…

Source: Aztec Death Whistles Sound like Human Screams and May Have Been Used as Psychological Warfare | Ancient Origins

(Read the article on one page)

When odd, skull-shaped grave items were found by archaeologists decades ago at an Aztec temple in Mexico, they were assumed to be mere toys or ornaments, and were catalogued and stored in warehouses. However, years later, experts discovered they were creepy ‘death whistles’ that made piercing noises resembling a human scream, which the ancient Aztecs may have used during ceremonies, sacrifices, or during battles to strike fear into their enemies.

Two skull-shaped, hollow whistles were found 20 years ago at the temple of the wind god Ehecatl, in the hands of a sacrificed male skeleton. When the whistles were finally blown, the sounds created were described as terrifying. The whistles make the sounds of “humans howling in pain, spooky gusts of whistling wind or the ‘scream of a thousand corpses” writes MailOnline. 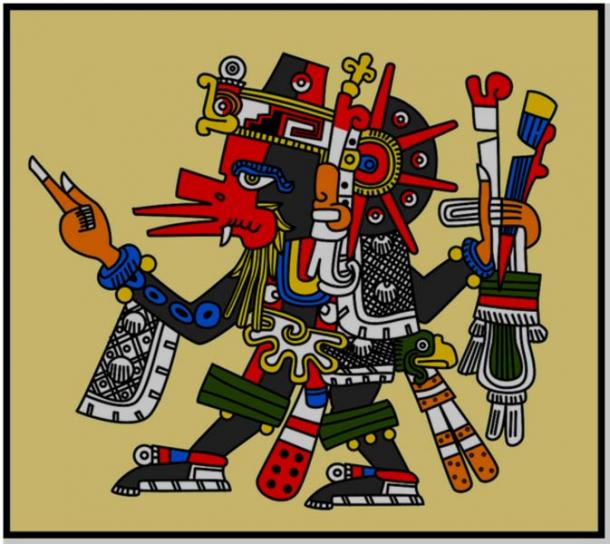 Quetzalcoatl, the feathered serpent god, combined with the attributes of Ehecatl, deity of the wind. The wind instruments may have been linked with this god. Gwendal Uguen/Flickr

Roberto Velázquez Cabrera, a mechanical engineer and founder of the Mexico-based Instituto Virtual de Investigación Tlapitzcalzin, has spent years recreating the instruments of the pre-Columbians to examine the sounds they make. He writes in MexicoLore that the death whistle in particular was not a common instrument, and was possibly reserved for sacrifices – blown just before a victim was killed in order to guide souls to the afterlife- or for use in battle.

“Some historians believe that the Aztecs used to sound the death whistle in order to help the deceased journey into the underworld. Tribes are said to have used the terrifying sounds as psychological warfare, to frighten enemies at the start of battle,” explains Oddity Central. If the whistle was used during battles, the psychological effect on an enemy of a hundred death whistles screaming in unison might have been great, unhinging and undermining their resolve.

Illustration of Aztec Warriors as found in the Codex Mendoza. Public Domain