Posted by Lou on May 10, 2018
Posted in: Artificial intelligence, Augmented reality, Transhumanism, Video. Leave a comment 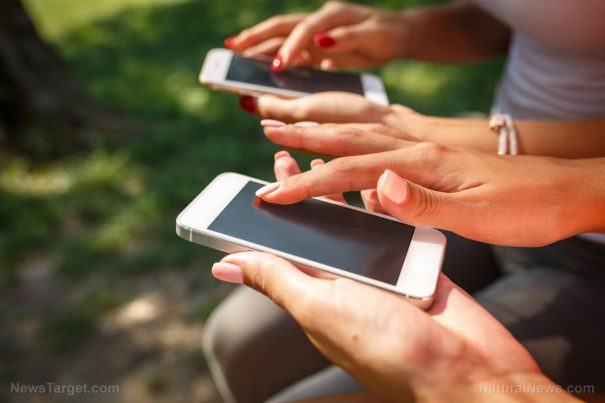 Do we really need an app that makes it easier for complete strangers to identify us and access our social media profiles?

Blippar, a firm based in London, has recently released an augmented reality (AR) app that instantly “scans faces and brings up a profile with information about the person including links to their social media profiles.”

The AR app, called Augmented Reality Face Profile, recognizes more than 400,000 public figures. Blippar claims that the app has a “more than 99 percent accuracy rate.” The technology is advanced enough to distinguish celebrities such as the Olsen twins (actresses), the Brownlee Brothers (British Olympic runners), and Jedward (Irish pop duo).

The app merges “rapid computer vision and artificial intelligence” to recognize faces. The system might even be used for security checks for building access and even online banking.

Danny Lopez, the company’s chief operating officer, says that the facial recognition feature of smartphones helps satisfy natural human curiosity. He added, “The technology’s accuracy in distinguishing even identical twins is the solution of a complex challenge for the industry, and the wider applications are diverse and game-changing, from building access to smart networking, security, and fraud prevention.” (Related: Shady Secret app that let people post anonymous social media bullying messages now shut down; so why is Wikipedia still online?)

The Blippar app is available for both iOS and Android.

The Augmented Reality Face Profile lets users scan faces to reveal more information about them. App users can “add connections to things that already exist in Blippar’s ‘knowledge graph,’” such as “objects, concepts, and entities.” When scanning the faces of public figures, their faces are “discoverable” using data from the knowledge graph, which collates information from “publicly accessible sources.”

Ambarish Mitra, co-founder and CEO at Blippar, explains that Augmented Reality Face Profiles can revolutionize how “we communicate and express ourselves.” Mitra adds that although the human face is the “most expressive form of communication,” the app digitizes the whole process.

Combined with facial recognition technology and the knowledge graph, Blippar shares that the app can let individuals express themselves through their various interests such as “their hobbies, opinions, key fun facts,” and other details about their life.

While the company reasons that the app is “a new, unique and fun way of showing who you are and of learning more about others,” it’s not hard to imagine that there might be people who will take advantage of this technology and use it to harass and bully unsuspecting individuals.

While we can’t protect children from all the dangers that they might face online, the tips below can help you teach them how to deal with cyberbullying:

You can read more articles about how to use technology wisely at FutureScienceNews.com.