In This One State, 1.08 Million Animals Were Experimented On, Dogs Included 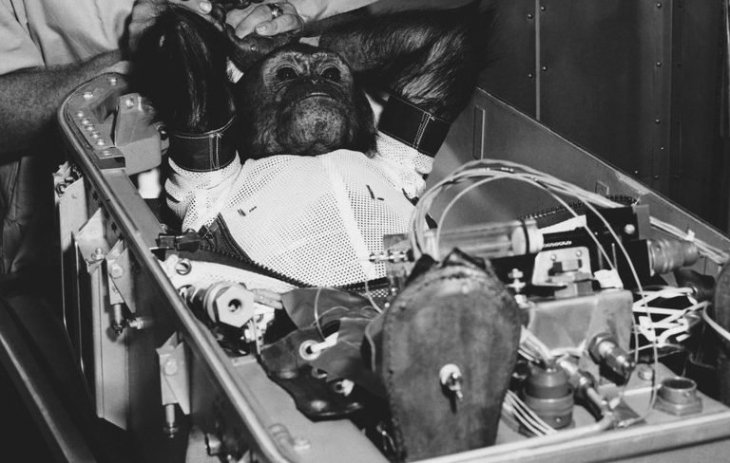 Over 1.08 million animals were used for scientific “experiments” in total, and now that number is rising for the first time in supposedly three years in this state.

Think that it’s not that inhumane to experiment on mice or rodents? Well, these animals being experimented upon include koalas, pound dogs, rabbits, horses, monkeys and sheep.

This is happening in the Australian state of Victoria.

The official justification is that most of these animals were “simply observed” (does that mean a control group? Probably not), but other animals suffered through horrific, violent “tests” in the name of science, as phrased by an article from the Herald Sun.

One weird fact about this statistic is that the animals undergoing genetic modifications in particular rose tremendously, with 133,852 animals being used for 259 separate projects.

These are the official records.

Animals used in experiments during 2016 in Victoria

Some animals were subject to being implanted with who knows what, for long-term monitoring. Other animals were afflicted with longterm, major physical impediments and deformities as animal experimentation always causes, and some of the animals passed away.

Please beware of the disturbing photos you are about to see. They are not necessarily of animals in Victoria, but animals being experimented on in general.

What is the Australian mainstream media saying about these animals? They’re trying to look on the bright side and support the practice, insisting that the total number of animals being killed “in the name of science” is decreasing.

“Only 6897 animals” have died in tests where death was the “proposed end point,” laments the Australian mainstream media. That’s so much better than zero animals dying in a study that basically intended for them to die.

A lot of these animals were subject to euthanasia after the tests: a whopping 79,858 were discarded and euthanized.

These numbers for just the state of Victoria alone were revealed in what they simply call annual data. The mainstream reported that it was simply the “sad cost of scientific advancement.”

People who aren’t insane can probably recognize that this isn’t “scientific advancement,” and there is no quantifiable evidence that this advanced anything for anybody, except the advanced depth of the pockets of entities funding this research.

While the original article was a little vague on whether or not these figures were for one year or in total, it wouldn’t be surprising if this was for just one year because for some reason the Australian state of Victoria is really bad about this.

According to the Herald Sun:

It is believed that Australia is one of the worst countries in the world when it comes to animal experimentation. For some reason Victoria in particular is a place where a lot of “research” is done, and a lot of animals have to suffer.

Make no mistake, these animals do not suffer for some kind of vague notion of “the advancement of science,” for the betterment of mankind.

No, research grants are provided to academics, researchers, and scientists because the people with money want something to be generated from that money. Money is not given out for free, or for some vague altruistic purpose to these researchers, just as scholarships are not given to people to go to college for no reason: they want money.

Apparently a department of government in Victoria, Agriculture Victoria is supposed to ensure that all tests were approved and overseen by them, to “ensure ethical treatment.”

To justify all this, a spokesman for the department said:

“The use of animals in research and teaching is, at this moment, an unfortunate necessity for the purposes of promoting the health of humans, animals and the environment.

Victorian legislation ensures that unnecessary animal use is not permitted and mandates the considerate and respectful treatment of research animals.”

So why would this horrific animal experimentation be performed in Australia, and not elsewhere?

Take it from population control advocate and ruthless “kill the poor”-type-person Paul Ehrlich. This is an extensive video about him worth watching on its own, but at one point in that video, he said something interesting.

Paul Ehrlich said that Australia, not America would tolerate a conversation about placing sterilization-inducing chemicals in the public water supply, sterilizing people en-mass to ensure that they don’t have any more children, only giving out antidotes to this sterilizing agent if the government deemed a family worthy of reproducing.

Unfortunately as a person who has lived in both Australia and America, I can confirm this is correct. Australia is more open to having a conversation about everybody being sterilized, forced to only reproduce if the government allows it, than America.

It’s not the people of Australia inherently, it’s a culture that exists there that really came from Britain: a culture where people are made really safe, really docile and willing to accept whatever the government does to sum it up.

Well, this is the state’s sense of ethics. Millions of animals are nothing but test subjects.

When will we have enough technology? Do we really need more “scientific advancement,” or do we need to just be at peace with the plants, animals, and people of this planet?

This article In This One State, 1.08 Million Animals Were Experimented On, Dogs Included by Markab Algedi originally appeared on The Mind Unleashed.