There is no hope for America, as most of its population is so dumbed down by ideology that they end up putting the likes of Trump at the helm. Most of these “educated” Americans cannot even spell Marxism without a spell check and yet they have opinions on it? 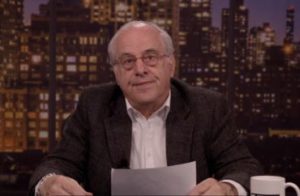 A longtime economics professor argues that capitalism is accountable for the shortages, economic downturn, and vast spread of the novel coronavirus in the United States.In a variety of recent public statements, economist Richard Wolff argues that “the catastrophe we are living through was caused by a capitalist system that could not anticipate, plan for, or cope with the coronavirus.”Wolff has been an economics professor for more than 50 years and has taught at Yale and the University of Massachusetts Amherst and is currently a visiting professor at the New School University in New York City. Often described as a “Marxian economist,” Wolff was named in Jacobin magazine as one of the “greats of contemporary Marxian political economy.”

In a March 31 YouTube video titled “Capitalism is making a mess of the coronavirus crisis,” he argued that “private companies have no incentive to produce test kits and store them in a warehouse for years before there’s a crisis. It’s not profitable.”

Wolff told The College Fix that economic systems have a duty to look after public health, something that would have occurred under socialism.

“A socialist system would much more likely have required production of all the needed supplies (tests, ventilators, beds, etc.) and stockpiling them around the country,” he told The Fix via email.

Asked whether China, a prime example of centralized government, had a role in instigating the pandemic, Wolff said that “whatever the Chinese did or did not do, it is the job of all other societies — their private sectors and their governments — to prepare for and cope with viruses that can come from anywhere anytime.”