Someone’s Screwing You, And It Ain’t China: Notes From The Edge Of The Narrative Matrix

“Your rights are evaporating, your government has failed to provide the bare minimum social safety nets during a very manageable pandemic, your nation’s billionaire class has been growing wealthier and wealthier while most of you would struggle to pay a $1000 emergency bill, but sure, China is your real enemy.” 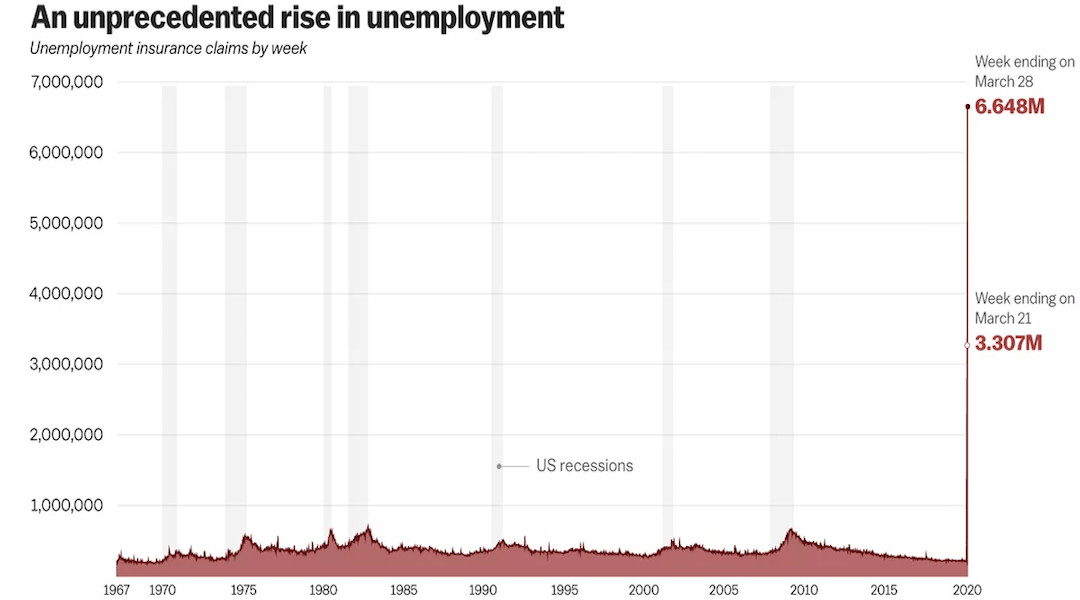 Ten million Americans declare unemployment in two weeks and all your government does is give you a $1,200 “advance” on your tax return while bailing out corporations with the largest wealth transfer ever, and some of you are still shrieking about Russia and China. Pathetic fucking tools.

Your rights are evaporating, your government has failed to provide the bare minimum social safety nets during a very manageable pandemic, your nation’s billionaire class has been growing wealthier and wealthier while most of you would struggle to pay a $1000 emergency bill, but sure, China is your real enemy.

Many Americans being plunged into debt and destitution. Many young Americans about to start contemplating joining the military. Many Pentagon officials factoring this in to their future calculations. Poverty has long served as a makeshift draft in the dangerous, dying US empire.

Not that it should surprise any American that this crisis has only wound up benefiting massive corporations, debt slave owners, government agencies and the US war machine. These are the real US government, after all.

Keep in mind that virtually everything you hear from conservatives and mainstream liberals right now is basically just an irrational lashing out over their entire ideology faceplanting in front of the entire world.

Governments which prohibit people from providing for themselves without providing for those people do not deserve to exist. There is no legitimate basis for declaring a lockdown in any area without first ensuring that you can adequately provide for everyone whose financial stability is disrupted by this, and if you do it’s perfectly legitimate for the citizenry to resist your lockdown.

I could probably think of dozens of things the drivers of the US government could stand to gain by deliberately letting this pandemic get a lot worse than it needs to in America.

The entire Cuomo family is a corrupt political dynasty and the sooner America flushes them down the toilet the better.

Friendly reminder that more people would trust “authoritative” news outlets about this virus if those outlets didn’t have an extensive history of constantly lying to the public about very important matters. You can’t blame people for being distrustful when you made them that way.

I personally wouldn’t invest a lot of emotional energy in the hope that things will go back to normal. “Normal” is gone forever. Even before the virus the only consistent pattern we’ve been seeing is things getting stranger and stranger. We’re not in Kansas anymore, Toto.

Covid stats paint an unclear picture since governments likely distort their numbers, testing is sparse and many are asymptomatic. To get a clearer picture of our situation, listen to what medical staff are saying where it’s bad, since overwhelmed hospitals are the primary concern.

People: May we please have minimal authoritarian responses to this pandemic and adequate protection from poverty?

Governments: No but you may have the exact opposite of those things.

There isn’t actually any contradiction in the beliefs that (A) the virus is dangerous, (B) mass unemployment is dangerous, and (C) authoritarian government policies are dangerous. There needn’t be any cognitive dissonance holding all three at once; they’re not mutually exclusive.

Contrary to popular belief, Bradbury’s Fahrenheit 451 was not about an oppressive dictatorship but a society getting exactly what it asked for; people were so dumbed down by television that they voted for books to be burned because they didn’t want to be challenged or offended. Worth remembering as people are demanding more authoritarian lockdown measures and snitching on their neighbors for going on a second run.

Continuing starvation sanctions during a global pandemic is biowarfare.

I don’t remember voting for a paradigm where powerful governments pour the lion’s share of resources into sabotaging, toppling and destroying nations which don’t defer to their interests. Do you?

Start-ups and mom-and-pop shops are going bust all over the place and the US government is helping the big corporations sweep them up for peanuts. Time to stop stanning for billionaires my aspirational, entrepreneurial friends. You are mere fleas to them.

USA: To protect the troops we already have there.

Middle East: Why were those troops here?

USA: To protect the military bases we have there.

Middle East: And why were those bases here?

We should be relaxing at home assured of our financial and medical stability while bankers, debt collectors and arms manufacturers stress about their future.

The post-apocalyptic movies lied to you about human nature. People tend to be more caring and compassionate with each other in a time of great crisis, not less. Please remember this going forward.

Nobody knows what’s going to happen and anyone who says they do is bullshitting.

Thanks for reading! The best way to get around the internet censors and make sure you see the stuff I publish is to subscribe to the mailing list for my website, which will get you an email notification for everything I publish. My work is entirely reader-supported, so if you enjoyed this piece please consider sharing it around, liking me on Facebook, following my antics onTwitter, checking out my podcast on either Youtube, soundcloud, Apple podcasts or Spotify, following me on Steemit, throwing some money into my hat on Patreon or Paypal, purchasing some of my sweet merchandise, buying my books Rogue Nation: Psychonautical Adventures With Caitlin Johnstone and Woke: A Field Guide for Utopia Preppers. For more info on who I am, where I stand, and what I’m trying to do with this platform, click here. Everyone, racist platforms excluded, has my permission to republish, use or translate any part of this work (or anything else I’ve written) in any way they like free of charge.