Life before the Flying Circus

Posted by Lou on February 13, 2020
Posted in: Uncategorized. Leave a comment

Posted by Lou on February 13, 2020
Posted in: Uncategorized. Leave a comment

Big life changes are on the way, who am I to know where it will go?

I wrote this song, living on the royalties!

(OK, I had nothing to do with the creation of this song. I wish I had.)

This is important for musicians, others, not so much. Most civilians, people who don’t know where music comes from, don’t care, that is why they should try the song underneath this one.

They call it Facebook jail. Just because I have different opinions.

They call it Facebook jail. Just because I have different opinions. It’s making me rethink everything. I really wish we had a real Facebook, the kind that would be aimed at humanity instead of corporate profits. I am really considering dropping out of FB, but it’s complicated. That’s how I communicate with my less savvy internet friends, family, etc.

Anyway, while I am pondering let me share what I would be posting in one of my pages on FB. Yeah, it took a while but a music page was created that attracts people from all over the world. That was the idea. Then, people started sharing ideas amongst themselves. The big hammer came down. If anyone speaks of freedom of speech in North America I will puke.

It would be nice if we could really speak our minds with no interference, agree? Any adult out there thinks we need religion, government, others, to regulate ourselves? Look at history, the human animal does what it needs, what its instinct wants. In that sense, I understand Crowley and Marylin Manson. All we have is a bunch of us human animals trying to stop and think, and figure out, what kind of world we want and need.

My name is Luis and I mean it from the heart.

Hey, can anyone share this tune on my page on Facebook for me? It’s called Planet Evolution Music, and tell my people I love and miss them, and I will never give up.

I trained for seven years with a monk in Northern Tibet when I was younger.

No, it did not happen. OK. The voices in the head are back.

The truth? After all I have seen I still don’t understand it all, so like the Dalai said, I will stick with kindness. Am I a fool to cry sometimes?

The US Central Intelligence Agency (CIA) and National Security Agency (NSA) have been spying on the encrypted communications of governments all over the world for the past five decades through the CIA’s secret ownership of a global security firm based in Switzerland.

According to a lengthy report in the Washington Post on Tuesday, the CIA-owned company known as Crypto AG sold diplomatic encryption technologies to more than half of the countries in the world for the past half-century, all the while with US intelligence eavesdropping on their communications.

Crypto was a World War II-era mechanical encryption technology company that was acquired in a partnership deal between the CIA and West German foreign intelligence (BND) in 1970. With a reputation for developing sophisticated encryption methods, the company then began selling to governments systems which contained backdoor access keys held by US and German intelligence agencies.

As the Post report explains, “The Swiss firm made millions of dollars selling equipment to more than 120 countries well into the 21st century. Its clients included Iran, military juntas in Latin America, nuclear rivals India and Pakistan, and even the Vatican.” Among the countries that used Crypto technologies for sensitive communications were Japan, Mexico, Egypt, South Korea, Iran, Saudi Arabia, Italy, Argentina, Indonesia and Libya.

The Post report was published jointly with the German public broadcaster ZDF (Zweites Deutsches Fernsehen) and is based on information contained in a classified comprehensive history of the secret CIA program, called “Thesaurus” and later “Rubicon,” that was leaked to the two news organizations. The Post and ZDF also interviewed current and former intelligence officials and Crypto employees, most of whom spoke on condition of anonymity.

Among the instances of spying by Crypto for US intelligence reported in detail by the Post were the communications of Egyptian President Anwar Sadat with Cairo during the 1978 Camp David negotiations, the diplomatic cables between the Iranian regime of Ayatollah Khomeini and Algeria during the US hostage crisis in 1979-80 and the sharing of decrypted communications with Britain from Argentina during the Malvinas War in 1982.

The Post quotes directly from the conclusion of the leaked report: “It was the intelligence coup of the century. Foreign governments were paying good money to the US and West Germany for the privilege of having their most secret communications read by at least two (and possibly as many as five or six) foreign countries.”

The “five or six” countries with access to the decrypted communications are likely the Five Eyes intelligence partnership that includes Australia, Canada, New Zealand, the UK and the US. However, the Post report adds that the CIA records “show that at least four other countries—Israel, Sweden, Switzerland and the United Kingdom—were aware of the operation or were provided intelligence from it by the United States or West Germany.”

At the height of the Crypto spying operations in the 1980s, the company’s systems were responsible for 40 percent of the world’s diplomatic cables and, while governments using them believed their communications were protected from eavesdropping, everything was being collected and decrypted.

Among the few governments that did not purchase the Crypto systems were the Soviet Union and China because, according to the Post, they had “well-founded suspicions of the company’s ties to the West shielded them from exposure, although the CIA history suggests that U.S. spies learned a great deal by monitoring other countries’ interactions with Moscow and Beijing.”

That US intelligence, in collaboration with its imperialist partners, was spying on the diplomatic communications of governments around the world for the past half-century is a significant revelation. While not surprising, it demonstrates in the most concrete manner the blatant criminality and gangsterism of US imperialism.

The revelations also prove that the government in Washington D.C., whether a Democrat or Republican has been in the White House, has been the number one “meddler” in the affairs of other countries for five decades, in complete violation of international law.

The Crypto revelations add to the long history of eavesdropping by the US government on both its allies and enemies in world affairs. Many of the more recent exposures have been published by WikiLeaks or contained in leaks by the former NSA contractor Edward Snowden, who turned over a trove of secret intelligence documents to reporters from the Guardian and the Post in 2013.

In 2015, during the presidential administration of Barack Obama, WikiLeaks revealed that the NSA had been listening in on the phone calls of German Chancellor Angela Merkel going back to 2009. The WikiLeaks data showed that the US had in fact been spying on the German chancellery for decades, beginning with the administration of Helmut Kohl (1982-1998).

The Snowden revelations, that proved the NSA was collecting and storing the electronic communications of the entire world’s population, showed that US intelligence operations include hacking into the fiber optic backbone of the international undersea cable system that connect the countries of the world together. Among Snowden’s revelations was the fact that the US had intercepted the phone calls of the presidents of Mexico and Brazil in this manner.

The decades of unfettered access by US imperialism through secret backdoor keys built into commercially available encryption equipment exposes the motivations behind the present drive by the Trump administration to force tech companies to abolish end-to-end encryption on smartphones and texting apps. The demand that Apple, Google and Facebook give US law enforcement backdoor access to their products is, in part, aimed at restoring government surveillance of the private communications of rival governments and corporations.

The struggle against government surveillance of the public and the illegal operations of the US military-intelligence state against the countries of the world is fundamentally a question of defending basic democratic rights. While all of the candidates of the Democratic Party accept the unproven allegations of “Russian meddling” in the 2016 elections, not one of them has commented on the Washington Post’s latest revelations of US spying and meddling on behalf of the American giant corporations and big banks.

The Socialist Equality Party’s candidates in the 2020 US elections—Joseph Kishore for President and Norissa Santa Cruz for Vice President—are the only ones demanding an immediate end to American interference and spying on the countries of the world, based on the program of world socialist revolution. For more information on the SEP’s election campaign and to sign up, visit socialism2020.org. 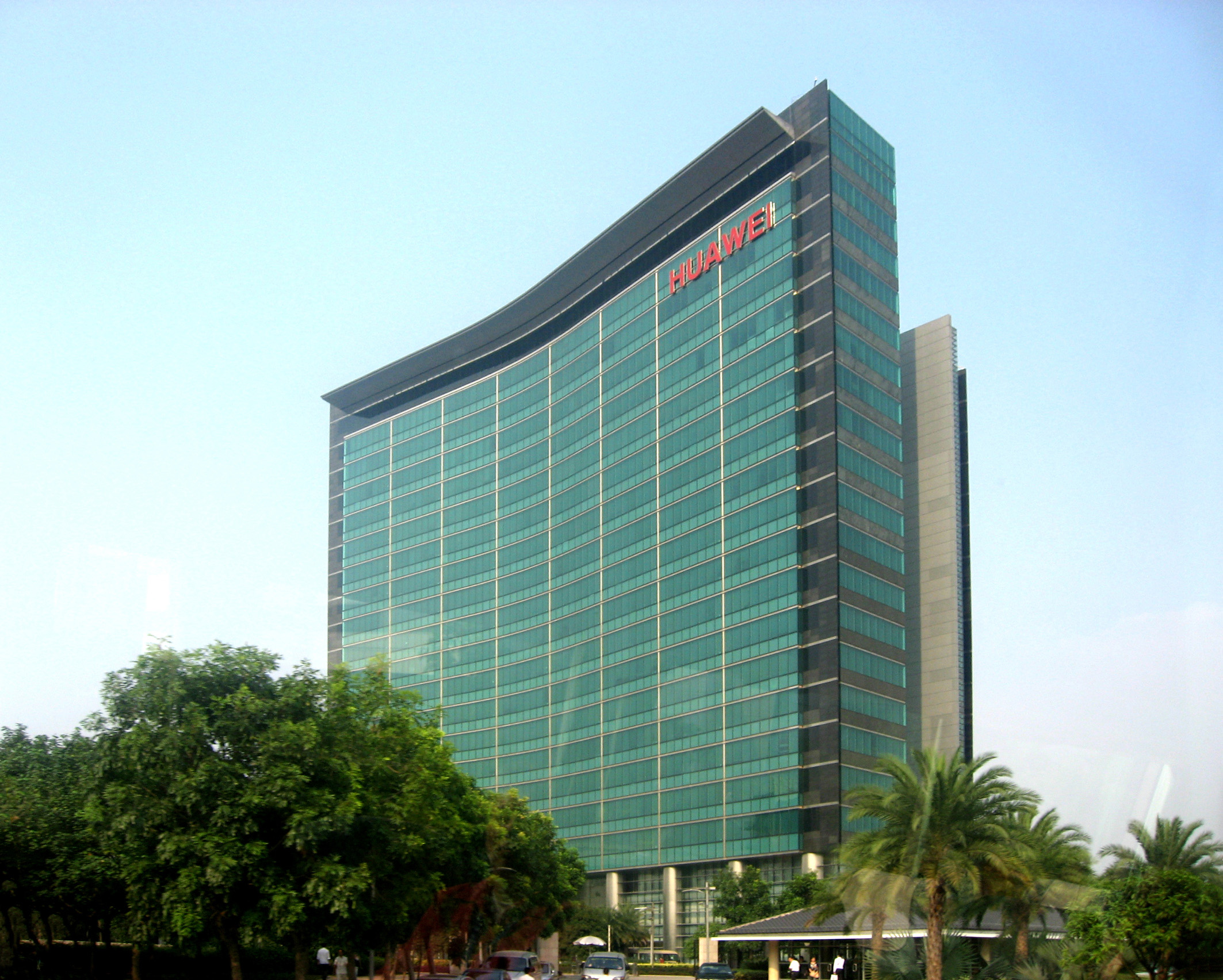 One day after the Pentagon and, by extension, the White House sent an unmistakable warning to the UK, Germany, the rest of America’s European allies and – most importantly – Huawei and the Chinese regime, it appears the Pentagon is already moving to make it much more difficult for American manufacturers to sell their products to Huawei.

Last summer, the Trump Administration loosened restrictions on Huawei stemming from the Commerce Department’s decision – made earlier in the year – to add Huawei to a “black last” barring American firms from selling their products to the company. The company has technically remained on the blacklist, but the export ban was, for the most part, not enforced (Commerce only intervened if it was a matter of important national security).

The decision comes not long after the UK decided to allow Huawei parts in “non-core” elements of its national 5G network.

But according to Politico, the Trump Administration and the Pentagon are conspiring once again to tighten the screws on the Chinese telecom behemoth. A meeting to discuss the proposed policy change is reportedly being held on Wednesday, and will include a smattering of cabinet members and other administration officials.

Pentagon undersecretary of policy John Rood is reportedly overseeing the new policy, and has overruled concerns about potential blowback to American semiconductor firms.

The Defense Department’s undersecretary for policy, John Rood, has overruled those concerns, the people said.
Defense and Commerce did not immediately respond to requests for comment.

U.S. semiconductor companies found other ways around the blacklisting, including supplying Huawei through subsidiaries or partners in foreign countries.

Currently, a foreign-produced good that contains 25 percent U.S.-origin content can be exported to a company on the entity list. The Commerce rule would cut that threshold down to 10 percent for any goods exported to Huawei or its in-house semiconductor business HiSilicon.

Politico doesn’t go into great detail on the policy, but it does say that it would reduce the threshold for companies on the Commerce Department’s “entities list” – that is, the blacklist. Under current rules, they can buy products that contain up to 25% American-made components. The new rule would lower that threshold to 10%.

The Commerce Department reportedly withdrew the plan at some point in the not-too-distant past because of these objections.

Further restricting sales of American made components and products to Huawei might hurt American tech firms and ultimately give China an advantage as the two countries battle for the best chip technology. But cutting Huawei off from the American market would create serious complications for the companies supply chain.

If anything, it shows us that Washington believes protecting the Five Eyes Intelligence Alliance – the intelligence-sharing pact between the US, UK, Canada, Australia and New Zealand – might be worth destabilizing trade relations with Beijing and allowing American semiconductor producers to take a serious shellacking.

Most importantly, readers should remember that this report follows a series of reports yesterday claiming the German legislature is on track to follow the UK – and its conservative Trump ally leader PM Boris Johnson – and reject Washington’s arguments about Huawei being a national security threat.