Who among us could have seen this coming?

“In a little over a year, pizza-making robot startup Zume has gone from getting $375 million from SoftBank, to pivoting to food packaging through an acquisition, to raising at a reported $4 billion valuation, to its latest: laying off 80 percent of its employees,” writes Natasha Mascarenhas at news.crunchbase.com.

Bottom line: Zume, one of the biggest capital-backed companies in the pizza startup space, was raising money at a $4 billion dollar valuation in November. Now, two months later, it’s facing cuts. No matter how you slice it, it looks like 2020’s reckoning has begun.

The escalation begins: Iran warns Israel will be “annihilated in half an hour” if the U.S. engages in kinetic attacks

(Natural News) Now the escalation begins. Iran attacks the U.S. embassy in Iraq, Trump orders the drone strike killing of Soleimani (and others). Iran responds by ordering its loyalist militants to launch rockets at U.S. bases in Iraq. Trump threatens to bomb 52 targets in Iran. And now Iran ups the ante by claiming it will annihilate Israel in “half an hour.”

We are now buckled in as accidental tourists, riding the spiral of insanity that can only end in more death and destruction, even while President Trump does nothing to fight the real enemies of America: Big Tech, Big Pharma and Big Government.

Via The Gateway Pundit:

Earlier this week top Iranian lawmaker Mojtaba Zolnour warned the US that if they are attacked Israel will be annihilated in half an hour. 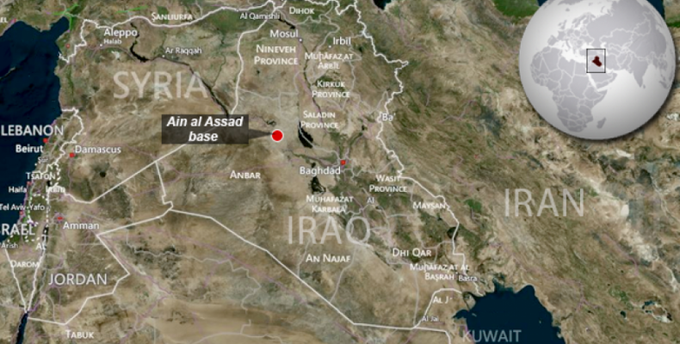 Via The Times of Israel:

A senior Iranian lawmaker on Monday threatened that Israel would be destroyed in “half an hour” if the United States attacks the Islamic Republic.

“If the US attacks us, only half an hour will remain of Israel’s lifespan,” said Mojtaba Zolnour, chairman of Iranian Parliament’s National Security and Foreign Policy Commission, in comments carried by the Mehr news agency.

Obama, the “sleeper cell” president, set all this up years ago

Do not forget that Obama, whom I accurately characterized as a “sleeper cell” in 2017, granted citizenship to 2,500 Iranians while funneling tens of billions of dollars into Iran’s coffers to fund nuclear weapons development and terrorist networks that have been destabilizing the region ever since.

Now, thanks to Obama’s devious planning that put all this in place — combined with Trump’s ill-considered actions over the last few days — we are facing a rapid escalation of war threats that could very easily sweep Israel into the mix with deadly results.

Even worse, if that happens the conflict goes global with the USA, Russia and China likely fighting proxy wars through regional actors, pumping weapons and death into the region at a scale the world has never seen. Remember, too, Obama helped fund Iran’s nuclear weapons development so they could nuke Israel. Yet Obama remains free, completely escaping any indictments or even public scrutiny for his treasonous actions that aided one of the America’s most dangerous world enemies.

This will all end badly. The situation begs for de-escalation, but the personalities involved are not known to back down even when doing so might serve the greater good.

We are now caught in a geopolitical death spiral that can only end in widespread human suffering, fear and uncertainty, far beyond just the oil and gold markets. If this escalation continues and Israel is targeted, Israel’s response may very well involve the nuclear weapons that nation is widely known to possess.

All of a sudden it all leads to the Book of Revelation again, and the predicted use of nuclear weapons by Israel to bomb approaching enemy troops (Iran and Russia) as they cross the city of Damascus, which ends up turned to radioactive dust. Or at least that’s one way to interpret End Times scripture, as I understand it.

Bottom line: We’re now looking at Biblical scale world events unfolding before our very eyes, and the idea that cooler heads might prevail suddenly seems like a distant mirage.

Meanwhile, here we sit in America, observing this war escalation from afar, while our own nation has fallen to the left-wing lunatics, speech police and transgender goon squads that target our children for genitalia mutilations which are celebrated by “progressives.” No matter how much we bomb targets in Iraq or Iran, we will still have nothing remaining of America if Trump doesn’t fight for the First Amendment here at home.

As Trump orders more and more attacks on terrorists in the Middle East, I keep checking my pulse but I don’t feel any more free here in the USA… do you?

God help us all.