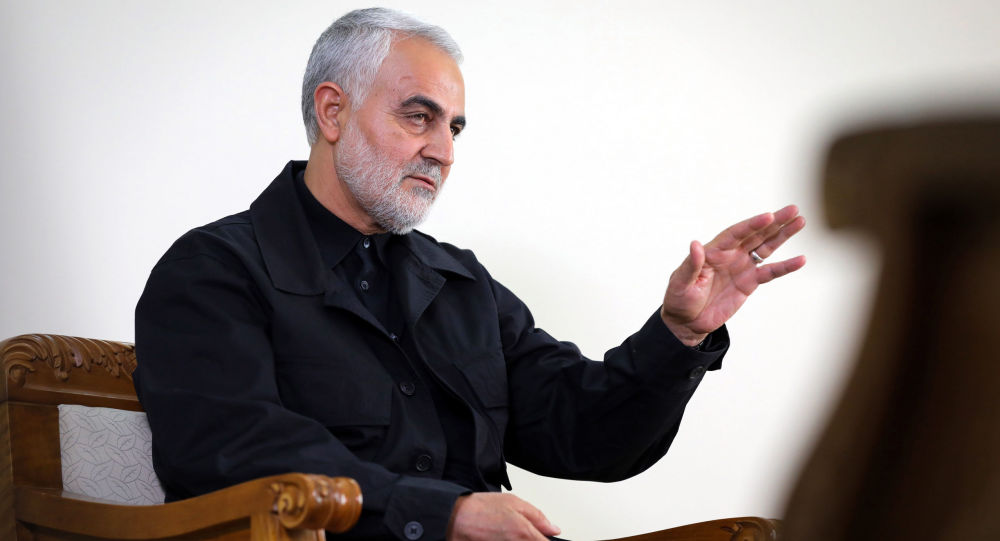 America’s lawless arrogance has gone too far with the assassination of Iran’s top military commander. The deadly airstrike against General Qasem Soleimani was carried out on the order of President Donald Trump.

Several other senior Iranian military officials were also killed in the US missile attack on Iraq’s international airport in the capital Baghdad, including a top Iraqi militia leader.

Iranian politicians called it “an act of terrorism” and vowed harsh revenge. Meanwhile, the Iraqi prime minister, Adel Abdul Mahdi, condemned the US violation of his country’s sovereignty. Other Iraqi leaders are demanding the immediate expulsion of US forces from the country, where they number about 5,000 troops.

Trump taunted by tweeting the American flag after the news of the assassination emerged on Friday, and he later declared that the Iranian general “should have been taken out years ago” because he allegedly was responsible for the deaths of “thousands” of US troops, according to Trump.

Certainly, Soleimani was considered an enemy by the US. He organised effective military resistance to American imperialist designs in Syria, Iraq, Lebanon and elsewhere across the Middle East. For such strategising, the 62-year-old Iran-Iraq War veteran was revered, not just in his own nation, but across the region. 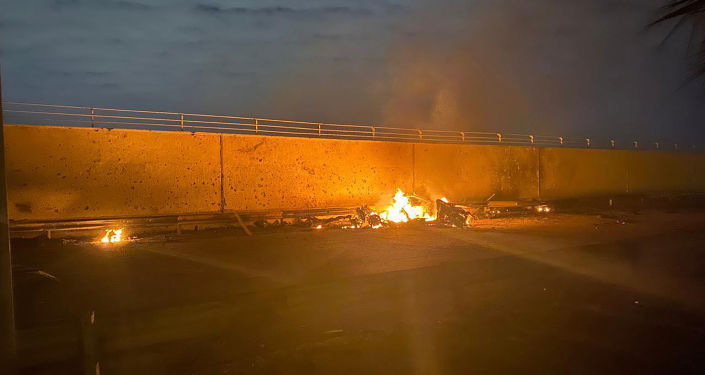 Trump claims the assassination was a necessary “pre-emptive defensive strike” because Soleimani was personally planning to launch region-wide attacks against US forces and diplomats. Pre-emptive “defensive” murder is not legally credible. The accusations against Soleimani are merely hearsay, and rely on the dubious word of internationally disgraced American intelligence agencies. Recall that US officials have been warning for months about Iranian plots to sabotage American interests in the Middle East – based on similar empty speculation.

For Trump to order the killing of such a revered public figure of a state which the US is not officially at war with is a brazen violation of international law. There can be no justification for this act of murder, despite the Trump administration’s lurid claims.

Qasem Soleimani, as leader of the elite Quds Force of the Islamic Revolutionary Guards Corps, was seen by the Iranian nation as second only in importance to Ayatollah Khamenei, the Supreme Leader of Iran.

What Trump has done is not just order a barbarous act of violence, it is a reckless act of war.

To order the murder of senior foreign officials by presidential decree without any pretense of lawfulness is to set a new low bar for US state roguery.

Many people in the Middle East, as well as around the world and among the US’s own population are rightly anxious about the consequences.

Trump is tempting to unleash an all-out war with Iran that will potentially drag several countries into a world war.

For several decades now, the US has acted as if it were above the law.

Countless illegal wars and invasions against foreign countries, leading to the deaths of millions of people, are now climaxing in the form of a so-called president and ruling clique which shows absolute disregard for even legal niceties. American lawlessness is now rampant and shameless in its arrogance.

Whether Iran retaliates this week, next week or in the coming months is perhaps besides the point. US aggression and its sense of impunity has taken the world into an extremely dangerous situation where international law is evidently redundant. Washington is behaving as a full-on tyranny that does what it pleases. War, sanctions, killings, bullying all done with a frightening delusion of self-righteousness.

Arguably, nothing on this scale of state criminality has been seen since the Third Reich.

© REUTERS / MARCO BELLO
Trump Claims Soleimani Was Hated and Feared in Iran, Should Have Been Taken Out Many Years Ago

But one suspects that such hubris and hypocrisy comes with fatal ignorance among US establishment politicians and media. America is an overstretched empire whose lawlessness is stumbling towards its own collapse.The murder of General Qasem Soleimani this week rattled US financial markets from the repercussions of possible war. We can just imagine how the American and world economy will implode if Iranian ballistic missiles send a few US warships to the bottom of the Persian Gulf.