82% of Americans think Artificial Intelligence (AI) is more harmful than helpful.  Reports indicate there are many good reasons for this and it’s not just about massive job loss (see 1, 2, 3).

Proponents insist we’ll all be okay though – we just need UBI (Universal Basic Income).  $1000/month might be okay for some, but not everyone could live off that.  For those who manage to keep their jobs – they’ll still be more “exposed” to AI.  They also may be forced to “merge” with it.  Oh the humanity – or inhumanity.

AI could affect work in virtually every occupational group. However, whereas research on automation’s robotics and software continues to show that less-educated, lower-wage workers may be most exposed to displacement, the present analysis suggests that better-educated, better-paid workers (along with manufacturing and production workers) will be the most affected by the new AI technologies, with some exceptions.

Our analysis shows that AI will be a significant factor in the future work lives of relatively well-paid managers, supervisors, and analysts. Also exposed are factory workers, who are increasingly well-educated in many occupations as well as heavily involved with AI on the shop floor. AI may be much less of a factor in the work of most lower-paid service workers. 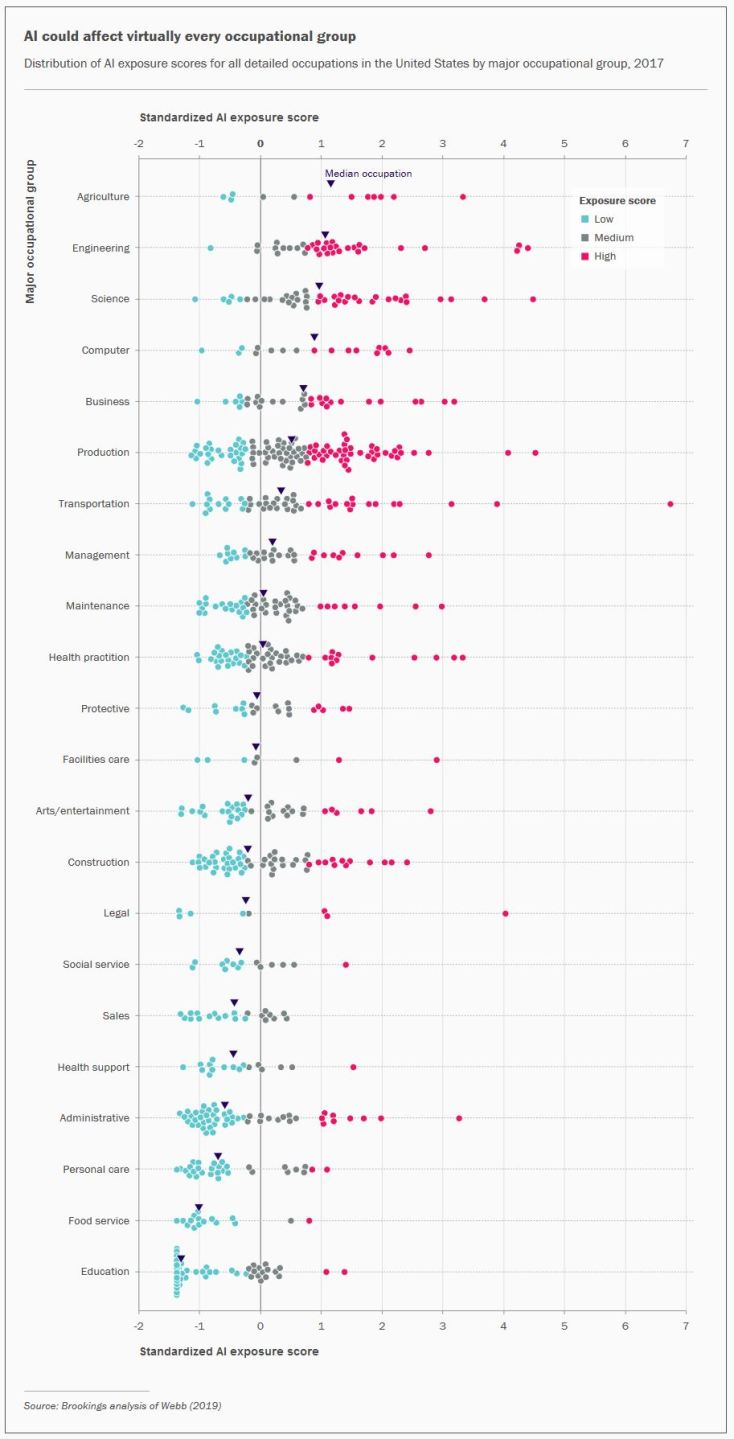 Men, prime-age workers, and white and Asian American workers may be the most affected by AI

Men, who are overrepresented in both analytic-technical and professional roles (as well as production), work in occupations with much higher AI exposure scores. Meanwhile, women’s heavy involvement in “interpersonal” education, health care support, and personal care services appears to shelter them. This both tracks with and accentuates the finding from our earlier automation analysis.

Bigger, higher-tech metro areas and communities heavily involved in manufacturing are likely to experience the most AI-related disruption

Activist Post reports regularly about AI and other unsafe technology.  For more information, visit our archives and the following websites.