Without a hint of irony one of the stars of the Biased Broadcasting Corporation, Nick Robinson, says that when Boris Johnson uses Twitter or Facebook to get his message out to the people he is using “propaganda like a dictator”.

However, an alternative view is that Boris is using social media, as Trump has had to, because the only way to get a right of centre view out to the masses is by staying clear of the terrible left-wing, anti-Brexit, anti-capitalist mainstream media. So who can blame him or Trump?

For too long the BBC, Sly News and of course outfits like CNN (The Clinton News Network) have been able to filter and spin the news to their political and social justice warrior, virtue signalling angle.

Trump showed the world that he didn’t need their bias and they hated it when he went over their biased heads and straight into every one of his core supporters’ mobile phone or laptops and then into the White House.

Nigel Farage and the Brexit party used similar techniques in the EU elections to great effect.

Of course, the responses from the lefties and Cultural Marxists that infest the media on both sides of the Atlantic was to call foul and blame the usual suspects, those pesky Russians, which of course has now been proven to be absolute FAKE News.

Before I go on let’s also remind ourselves that the King of using Facebook and political profiling was the darling of the soft left, Barrack Obama. In this country, the hardcore commies who prop up Comrade Corbyn, in Momentum, are also brilliant at using the new media.

The mainstream media have had it all their way for far too long and they haven’t quite got used to the idea that they no longer control the agenda.

In the mainstream press the popular cliché was that Rupert Murdoch decided who the next Government would be. Who can forget the Ex-editor of the Sun, Kelvin Mackenzie, and his brilliant Neil Kinnock lightbulb front page which declared “Will the last person out of Britain switch off the lights”, illustrated with the Welsh windbag as a dim lightbulb.

However, the truth is, that although Murdoch had power and influence, what he was most adept at, just like the Wizard of OZ, was at spinning his own reputation.

Murdoch just knew, aided and abetted by the brilliance of his former Political editor at the Sun, Trevor Kavanaugh which horse to back in the final stages of any election race.

Today, however, the stark reality is that the “dinosaur” press has hardly any influence. I mean who even considers buying a newspaper these days let alone reads one? The editors, proprietors and most importantly the dwindling readers know this to be the truth.

Meanwhile a new poll by Sky News this morning states that only 1 in 7 of the UK population have any faith in the Politicians to deliver the right outcome on Brexit and only 1 in 100 trust politicians “a lot”.

This is pretty damning of our politics and politicians. But, despite this massive slap in the face for the establishment Sky News are spinning the results as a case of laying “bare how three and a half years of grinding negotiations since the 2016 referendum have worn down public trust in politicians”. 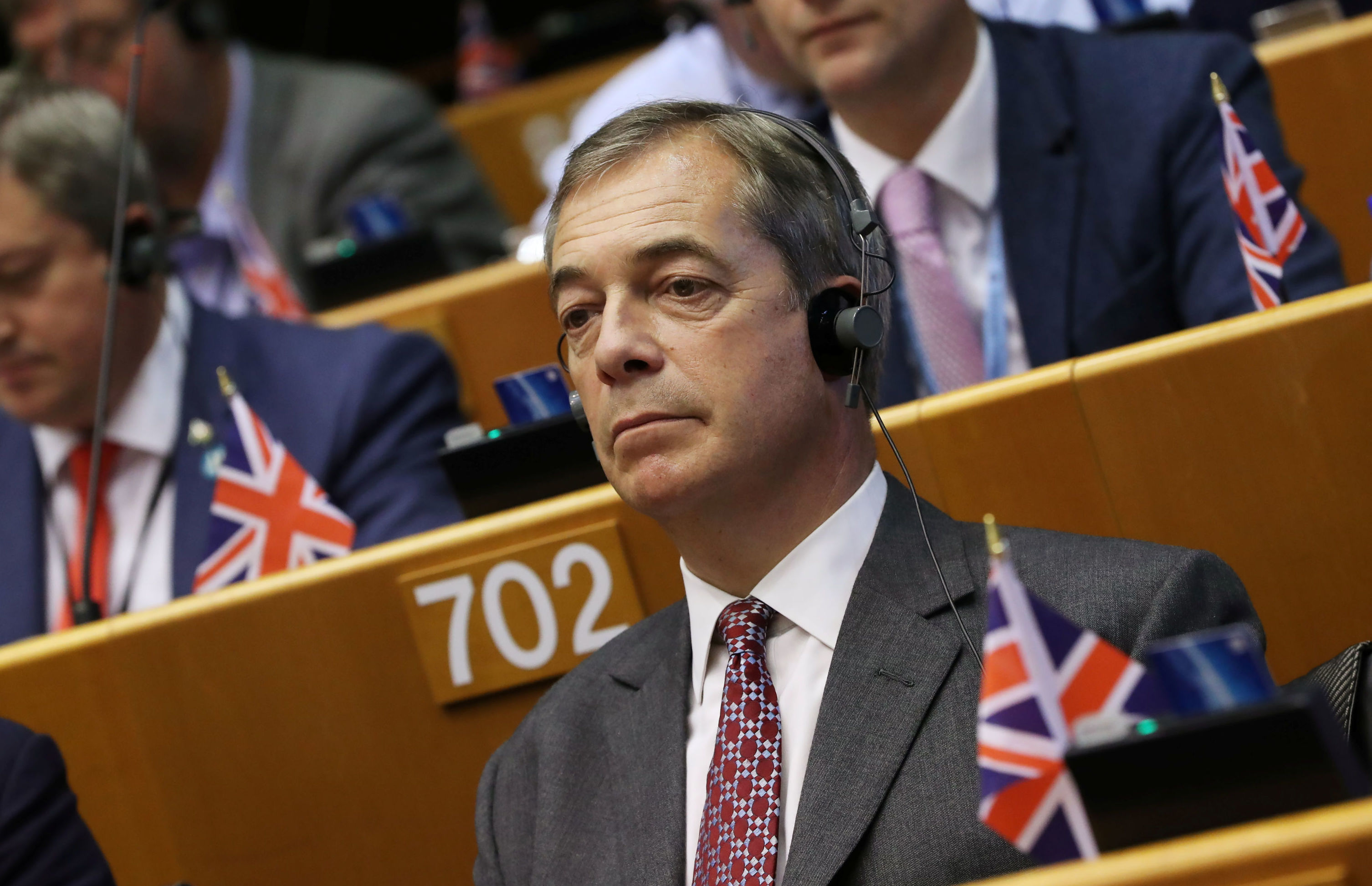 What a load of hogwash! We have all hated politicians and their mates in the MSM ever since the expenses scandal when we realised that they were all self-serving pigs with their snouts in the trough.

It was also clear that the MSM were, both metaphorically or literally sleeping, with these pigs and that they had forgotten that the real relationship between the free press and a politician should be that of a dog and a lamppost.

This is why all the Brexit coverage has been so biased. The leftie, EU loving lickspittles who infest the BBC and Sly News never wanted or expected us the common people to vote for Brexit.  They have still not recovered from the day when they had to cancel their summer holidays in their villas in Tuscany on 23 June 2016 as we the people spoke and said we wanted out.

These people in the media and politics, whichever colour rosette they wear, when they knock on your door have no real empathy or even sympathy with the common people and in fact openly despise us. Some do it by spending our taxes, via expenses, on a duck house or even buying a poppy, others by adopting a mock Brummie accent and pretending to be down with the working class! I despise all of them.

Nick Robinson is correct to say that when Boris broadcasts on Facebook that “There’s no capacity for anybody to say, ‘What did you mean about that?’ or .Hold on a second.’ Politicians do need to be held to account. He is correct to say, “it is undemocratic to avoid proper scrutiny by journalists”.

And Nick please tell me about the bias when right of centre politicians appear on the BBC and they get treated as if they are extremists and are always cut off or sneered at before they even start their point, let alone finish it?

Look at the way Andrew Marr thought it was acceptable to give our Home Secretary, Priti Patel, dressing down for smirking when he trotted out a load of old clichés about the dangers of leaving the EU. He was the one using propaganda, and who the hell does Andrew Marr think he is to take the moral high ground?

Then, of course, we have Lady Haw-Haw of BBC Newsnight who thinks she is representing the Brussels Broadcasting Corporation every time an EU sceptic is stupid enough to appear on that poorly watched programme.

Over on Channel 4 News, Boris is treating Jon (I’ve never seen so many white people) Snow with the same disdain as Trump treats CNN and is refusing to be interviewed by them.

The pity of all this, of course, is that our politicians, of all persuasions, do need to be held to account but mainstream broadcasting news has become so biased and so Cultural Marxist in its attitude that this has become impossible.

The way the BBC have tied themselves up in knots over Naga Munchetty’s remark about Trump is a perfect example of what has gone wrong.

The so-called regulator, OFCOM, have been as much use as a chocolate fireguard in this case because they too are stuffed full of snowflakes and Cultural Marxists and ex BBC lackeys. It seems that both organisations almost offer a job share approach to regulation and freedom.

This why I say it is time to scrap the licence fee and impartiality. Allow broadcast news to have an opinion and attitude just as our free press is allowed too.

People are clever enough to understand bias and big enough to be able to watch whichever channel they fancy.

For God’s sake, it is already happening with the internet. People now choose where to get their news from.

The idea that in the 21st century we still have news controlled by an establishment elite who all hold essentially the same globalist and cultural attitudes is ridiculous.

Let the market decide who is telling the truth and who is peddling FAKE news!

The views and opinions expressed in the article do not necessarily reflect those of Sputnik.