Do You Believe in “Conspiracy Theories?” An FBI Report Says You’re a Potential Domestic Terrorist 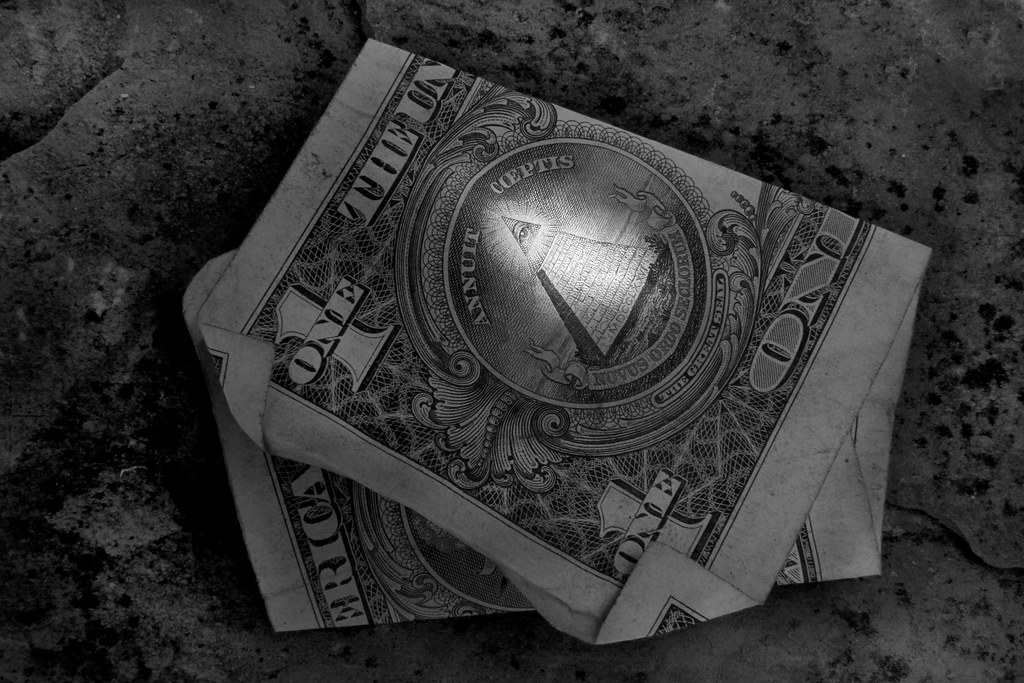 The FBI has released a 15-page document warning of the dangers of “anti-government, identity-based, and fringe conspiracy theories.” The law enforcement agency says that these are “very likely to motivate some domestic extremists to commit criminal, sometimes violent activity.” The document seems to recommend increased social media and web censorship.

The FBI assesses anti-government, identity-based, and fringe political conspiracy theories very likely motivate some domestic extremists, wholly or in part, to commit criminal and sometimes violent activity. The FBI further assesses in some cases these conspiracy theories very likely encourage the targeting of specific people, places, and organizations, thereby increasing the Iikelihood of violence against these targets. These assessments are made with high confidenced, based on information from other law enforcement agencies, open-source information, court documents, human sources with varying degrees of access and corroboration, and FBI investigations.

One key assumption driving these assessments is that certain conspiracy theory narratives tacitly support or legitimize violent action. The FBI also assumes some, but not all individuals or domestic extremists who hold such beliefs will act on them. The FBI assesses these conspiracy theories very likely will emerge, spread, and evolve in the modem information marketplace, occasionally driving both groups and individual extremists to carry out criminal or violent acts. Indicators that may lead to revised judgements or cause a change in the confidence level assoc iated with this assessment include a lack of conspiracy theory-driven criminal or violent activity in the near to long term or significant efforts by major social media companies and websites to remove, regulate, or counter potentially harmful conspiratorial content.

So what do they consider conspiracy theories? A few of the theories and topics mentioned in the document are QAnon, Pizzagate, the New World Order, various child-sex trafficking ring theories, and racial extremists. Interestingly, there is no specific mention in this document of Antifa and their theories, despite the fact that they’re decidedly anti-government and confirmably violent.

The FBI believes the internet causes anti-government theories to spread.

The internet brings people together in forums, on social media, in private online chatrooms, and via email. The document released by the FBI seems to consider that this is part of the problem.

Although conspiracy theory-driven crime and violence is not a new phenomenon, today’s information environment has changed the way conspiracy theories develop, spread, and evolve. The advent of the Internet and social media has enabled promoters of conspiracy theories to produce and share greater volumes of material via online platforms that larger audiences of consumers can quickly and easily access.

Based on the increased volume and reach of conspiratorial content due to modern communication methods, it is logical to assume that more extremist-minded individuals will be exposed to potentially harmful conspiracy theories, accept ones that are favorable to their views, and possibly carry out criminal or violent actions as a result. The Internet has also enabled a ‘crowd-sourcing’ effect wherein conspiracy theory followers themselves shape a given theory by presenting information that supplements, expands, or localizes its narrative.

The examples above demonstrate how crowd-sourced conspiracy theories can influence which entities extremists choose to target. These examples also substantiate concerns expressed by some researchers who believe a rise of conspiracism, fostered in part by the Internet, may be accompanied by a search for scapegoats-those believed to be the conspirators’ allies, henchmen, or collaborators.

This is worrisome, as censorship of any alternative view is already at an all-time high, with a coordinated purge of alternative media websites from social media outlets and a major search engine. It seems as though this could potentially lead to even more censorship. Maybe that’s what it’s actually for – to give social media outlets even more justification for cracking down on free yet unpopular speech.

How does the FBI define “conspiracy theory?”

The document notes the FBI’s definition of “conspiracy theories.”

Although many conspiracy theories appear benign or inconsequential, others create serious risks. Throughout history, such conspiracy theories have fueled prejudice, witch-hunts, genocide, and acts of terrorism.’ In the context of domestic terrorism, extremists often view the activities of alleged conspirators as an existential threat that can only be stopped through drastic, or even violent means…

…A conspiracy theory is an attempt to explain events or circumstances as the result of a group of actors working in secret to benefit themselves at the expense of othersr. Conspiracy theories typically allege wrongdoing by powerful others (for example, public officials, business executives, scientists) or societally marginalized groups (for example, Muslims, Jews), and are most prevalent among individuals with extreme political viewsg. Some conspiracy theories point to weak circumstantial evidence, but ignore stronger evidence that would refute their claims.

Consequently, they are usually at odds with official or prevailing explanations of events) While a conspiracy theory refers to an allegation that may or may not be true, a conspiracy is a true causal chain of events. Real conspiracies involving illegal, antidemocratic, or harmful activities by high­ level government officials and political elites have been exposed in the past and it has been argued that such plots have encouraged conspiracism in society.

Relying on the premises that nothing happens by accident, nothing is as it seems, and everything is connected, conspiracy theorists tend to view every bad outcome as the result of an intentional decision by an evil actor, dismiss disconfirming evidence as “fabricated” by the conspirators, and connect a wide range of seemingly unrelated occurences to suggest a larger plot. Despite sharing key characteristics and at times featuring similar themes and intersecting plots, conspiracy theories vary greatly in their scope. Some are narrowly focused on a particular event or set of events whereas others suggest broad, expansive narratives that link multiple conspiracies in complex ways to portray a group of evil actors working to manipulate society on a global scale.

So, does this definition mean that anyone who disagrees with the official story about anything is a dangerous conspiracy theorist?

What theories are the FBI worried about?

The FBI document mentions numerous arrests, some of which were not widely publicized. The document also provided a list of conspiracy theories that they find particularly worrisome in Appendix B.

The conspiracy theories referenced in this intelligence bulletin have been categorized as anti­ government, identity-based, or fringe political because they assert secretive, malevolent acts either by an allegedly hostile and tyrannical federal government, by racial, religious, or social minority groups, or by political opponents.

(U) UN: The UN is being used by an evil global cabal to erode American sovereignty, strip away individual liberties, and bring foreign troops to American soil in order to replace democracy with global tyranny.”

(U) False Flags: The official story surrounding a given terrorist attack or mass shooting is a lie; the event was staged or conducted by the government to justify encroachments on civil liberties.

(U) Zionist Occupied Government: Jewish agents secretly control the governments of Western states and are conspiring to achieve world domination.

(U) Islamberg: The small Muslim community near Hancock, New York known as Islamberg is a terrorist training camp; its residents, who pose as peaceful Muslims, are in fact Islamic radicals operating as a terrorist sleeper cell.

(U) Pizzagate: High ranking democratic officials are or were involved in a child sex trafficking ring centered at the Comet Ping Pong pizza restaurant in Washington, DC.’

The thing one might find particularly ironic is that the arrest of Jeffrey Epstein has brought out a massive amount of information about…well…child sex trafficking and global elite pedophiles. (See this article, this article, this one, and this one.)

Why the FBI believes conspiracy theorists are violent

Beginning on page 2 of the document, the FBI cites numerous cases of violence based on conspiracy theories.

The FBI assesses anti-government, identity-based, and fringe political conspiracy theories very likely motivate some domestic extremists, wholly or in part, to engage in criminal or violent activity. This assessment is based on events in which individuals committed crimes, plotted attacks, or successfully carried out deadly violence and who – either before or after their arrests -attributed their actions to their conspiratorial beliefs. These events include instances in which the perpetrators intended to kill groups identified by such theories as hostile and malevolent, or to simply carry out dangerous, unlawful acts in an effort to draw attention to or expose a perceived conspiracy.

Most people who question the status quo would not be surprised if this document is just the beginning of a crackdown on anyone who refuses to accept the mainstream explanations because they might “engage in criminal or violent activity.”

While some of the theories mentioned are pretty far-fetched, the First Amendment protects free speech – and that includes conspiracy theories. Most people who believe that there are pedophiles in our government or who question the official reports of heinous events will never become violent. But now, it appears they may become targets of suspicion based on their thought crimes.

And when this FBI report is combined with the recently introduced Threat Assessment, Prevention, and Safety Act of 2019, which focuses on developing “a national strategy to prevent targeted violence through behavioral threat assessment and management, and for other purposes,” it certainly could make critical thinkers a little bit nervous.

Daisy Luther is a coffee-swigging, gun-toting blogger who writes about current events, preparedness, frugality, voluntaryism, and the pursuit of liberty on her website, The Organic Prepper. She is widely republished across alternative media and she curates all the most important news links on her aggregate site, PreppersDailyNews.com.Daisy is the best-selling author of 4 books and lives in the mountains of Virginia with her two daughters and an ever-growing menagerie. You can find her on Facebook, Pinterest, and Twitter.