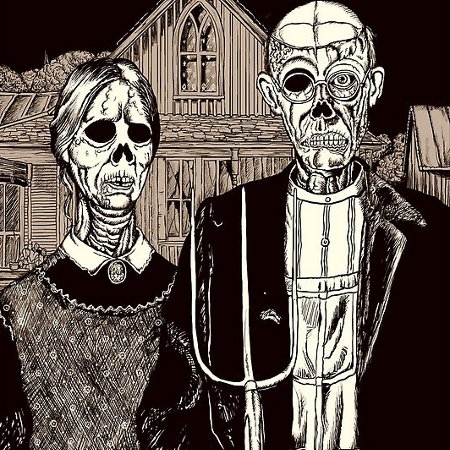 I remember back in the early days following 9/11 when skeptics tried to convince the general public that the government and media were lying to them about what had really happened, we were constantly trying to estimate what percentage of the population it would take to (1) overthrow the criminals who planned the whole thing, and (2) restore what people generally hoped was an honest government (but wasn’t).

9/11 sure as hell wasn’t done by Al-Qaeda, which we now know was a creation of the American and Israeli intelligences services. And it’s ominous to realize that the Saudis who are really secret Jews and the Jews themselves from their American-funded fortress in Israel planned, executed and covered up the destruction of American landmarks to create a condition of permanent war against people everywhere.

Realize this, American fools! Our current president’s major foreign allies (some say foreign bosses) are precisely Israel and Saudi Arabia, the very entities who conspired with our own CIA and military to create the false flag terror disaster of September 11, 2001.

Back then, say 2002-06, informal estimates ranged from 10-20 percent of the population were needed to effectively challenge the lies from Washington about the demolition of the Twin Towers. Of course, that never happened as the government controlled media fabricated a report that was forced down the throats of Americans, allowing the Jewish henchmen who engineered the deadly deception to escape unscathed with billions of dollars in their pockets.

This preposterously false report — which never mentioned Building 7 — really couldn’t have fooled middle schoolers, yet thanks to the Jewish hammerlock on mainstream media, it fooled a majority of Americans, who years before had already been zombified by the Jews’ abject control of money and media.

Of course, the people who engineered the greatest self-inflicted injury in American history are still in power, and the vast majority of the American people have never even contemplated challenging the colossal lies they hide behind.

And President Trump’s appointment of the most depraved minions (Bolton, Pompeo and Giuliani) from the criminal second Bush administration responsible for the crimes of 9/11 illustrate there will be no authentic candor on this matter from the U.S. government in the near future.

The enforced indifference to this crime against not only all Americans but all humanity has persisted to this day, and is still in force as Trump prepares to start World War 3 to please his casino-owning, drug-peddling, arms-smuggling, child-molesting Jewish masters.

But the key question as to why unintelligent Americans failed to challenge the lies they were being told didn’t so much focus on this specific event but instead was the same question that has remained unanswered throughout the 20th century and in fact most of American history.

The real question is why don’t people have a social conscience? Has it been bred out of them by lying politicians, TV, drugs and fake news!? Or are they simply too busy staying alive to worry about their freedom?

Why don’t Americans care about remedying the situation with their obviously criminal leadership which conspired with their Israeli masters to obliterate an American landmark and cover up the fact that this faux terrorist attack was used obscure the judgment of expert observers that the buildings needed to be demolished because of a process that was physically deteriorating the Twin Towers themselves.

It has become apparent that there are zero genuine Americans remaining in the elective positions of the U.S. government. There are only those getting paid by the Jews who with their endless amounts of money determine who will govern everyone, and at every level: national, state and local.

The most telling example occurred in the 2016 presidential election, in which many Americans voted for Donald Trump (including me) because they believed if Hillary Clinton were elected, she would have started World War 3 on behalf of the Jews who control American finances and the Israelis who foment revolution and oppression around the world.

Now we all see clearly that it made no actual difference whether we voted for Trump or Hillary, since they were both owned by the Jews. This reality has existed since President Jimmy Carter insisted that Palestinians should be treated as actual human beings.

Patriotism is now a crime against the evil Deep State. As Florida’s new governor recently showed, Israel and the Jews now take precedence over the U.S. Constitution.

The USA is being destroyed by Jews. If we let money rule the world, we’re doomed.

Jews control the media IN ALL COUNTRIES today. If you don’t believe the lies they tell you, you’re a hater. This is how Jews silence legitimate opposition to their criminal behavior.

The way we treat indigenous people shows our true worthlessness as a people.

Jews are a social cancer that is deliberately killing the human species.

What they are creating is an abomination they are destined to rule in hell.

Responsible officials in every country need to realize Jews are the enemy of every country on Earth, but it might be too late to realize this, because the Jews already own almost every world leader on the planet. And they are constantly trying to kill the ones they don’t own.

One of the greatest deceptions ever perpetrated against the American people continues to be Donald Trump’s apparent obsession with building a wall on the Mexican border with the U.S., which at most recent look shows that no part of said wall has been constructed in the past three months. The bad part is that illegal immigration is even higher than it was during the criminal Obama administration.

THE  WALL  THAT  NEVER  GETS  BUILT

“I will build a great wall, and nobody builds better walls than me . . . and I will make Mexico pay for that wall. Mark my words.” — Donald Trump

The percentage of people with an actual social conscience is ridiculously low, around 2 percent, which is far too low for our species to survive. The other 98 percent are, willingly or not, engulfed by their own addictions, compulsions and distractions.

The invasions of North America and Europe by Third World refugees has been made possible by rich Jews (the same people who choose our presidential candidates), as evidenced by the Star of David seen on buses transporting illegal immigrants from Honduras across Mexico to the U.S. border. Also evidence are hundreds of African men seen wandering around San Antonio recently brandishing roles of hundred dollar bills, presumably given to them by rich Jews seeking to destabilize the USA and also infect Americans with deadly diseases many of these Africans are carrying.

The invasion of Africans currently overrunning many European countries has been facilitated by Jewish NGOs eager to swamp educated white countries with illiterate black refugees, all with the treasonous support of the leaders of white Western countries.

Social conscience is also not present in media, which relies on titillating propaganda for success in publishing and broadcasting. Of course, most of the blame for this falls on Jews who own most of the media and have no conception of social conscience except as regards the continuing psychotic preeminence of their own twisted clan.

All big media are owned by Jews, and they have elevated blacks into the hero roles, telling the evil white people how to behave. This is a great formula for turning everyone into brainless slaves.

As I have said many times before, you can’t be a Jew and a human at the same time. You must renounce one or the other. This should tell you all you need to know about the deafening darkness now descending upon your immediate future.

World War 3 is a match that pits the Jews against the rest of humanity. If the world finds out what the Jews have done to them, as the elder President George Bush once told journalist Sarah McClendon, he and his criminal cronies would all be hung from the nearest lamp post by an outraged public. This needs to happen now.

(This essay is dedicated to all my blood relatives.)