The story line is going out that the economic boom is weakening and the Federal Reserve has to get the printing press running again.  The Fed uses the money to purchase bonds, which drives up the prices of bonds and lowers the interest rate.  The theory is that the lower interest rate encourages consumer spending and business investment and that this increase in consumer and business spending results in more output and employment.

The Federal Reserve, European Central Bank, and Bank of England have been wedded to this policy for a decade, and the Japanese for longer, without stimulating business investment.  Rather than borrowing at low interest rates in order to invest more, corporations borrowed in order to buy back their stock.  In other words, some corporations after using all their profits to buy back their own stock went into debt in order to further reduce their market capitalization!

Far from stimulating business investment, the liquidity supplied by the Federal Reserve drove up stock and bond prices and spilled over into real estate.  The fact that corporations used their profits to buy back their shares rather than to invest in new capacity means that the corporations  did not experience a booming economy with good investment opportunities. It is a poor economy when the best investment for a company is to repurchase its own shares.

Consumers, devoid of real income growth, maintained their living standards by going deeper into debt.  This process was aided, for example, by stretching out car payments from three years to six and seven years, with the result that loan balances exceed the value of the vehicles.  Many households live on credit cards by paying the minimum amount, with the result that their indebtedness grows by the month. The Federal Reserve’s low interest rates are not reciprocated by the high credit card interest rate on outstanding balances.

Some European countries now have negative interest rates, which means that the bank does not pay you interest on your deposit, but charges you a fee for holding your money.  In other words, you are charged an interest rate for having money in a bank.  One reason for this is the belief of neoliberal economists that consumers would prefer to spend their money than to watch it gradually wither away and that the spending will drive the economy to higher growth.

What is the growth rate of the economy?  It is difficult to know, because the measures of inflation have been tampered with in order to avoid cost-of-living adjustments for Social Security recipients and the payment of COLA adjustments in contracts. The consumer price index is a basket of goods that represents an average household’s expenditures.  The weights of the items in the index are estimates of the percentage of the household budget that is spent on those items.  A rise in the prices of items in the index would raise the index by the weight of those items, and this was the measure of inflation.

Changes were made that reduced the inflation that the index measured.  One change was to substitute a lower price alternative when an item in the index rose in price.  Another was to designate a rise in price of an item as a quality improvement and not count it as inflation.

Something similar was done to the producer price index which is used to deflate nominal GDP in order to measure real economic growth.  GDP is measured in terms of money, and some of the growth in the measure is due to price increases rather than to more output of goods and services.  In order to have a good estimate of how much real output has increased, it is necessary to deflate the nominal measure of GDP by taking out the price rises.  If inflation is underestimated, then real GDP will be overestimated. When John Williams of Shadowstats adjusts the real GDP measure for what he calculates is a two-percentage point understatement of annual inflation, there has been very little economic growth since 2009 when a recovery allegedly began, and the economy remains far below its pre-recession level in 2008.

In other words, the belief that the US has had a decade long economic recovery is likely to be an illusion produced by underestimating  inflation.  Indeed, every day experience with the prices of food, clothing, household goods, and services indicates a higher rate of inflation than is officially reported.

The low unemployment rate that is reported is also an illusion.  The government achieves the low rate by not counting the unemployed.  The economic and psychological cost of searching for a job are high.  There are the economic costs of a presentable appearance and transport to the interview. For a person without a pay check, these costs rapidly mount.  The psychological costs of failure to find a job time after time also mount.  People become discouraged and cease looking.  The government treats discouraged workers who cannot find jobs as no longer being in the work force and omits them from the measure of unemployment.  John Williams estimates that the real rate of US unemployment is 20%, not 3.5%

The government measures jobs in two ways: the payroll jobs report that seeks to measure the new jobs created each month (which is not a measure of employment as a person may hold two or more jobs)  and the household survey that seeks to measure employment. The results are usually at odds and cannot be reconciled. What does seem to emerge is that the new jobs reported are for the most part low productivity, low value-added, lowly paid jobs. Another conclusion is that the number of full time jobs with benefits are declining and the number of part-time jobs are rising.

A case could be made that US living standards have declined since the 1950s when one income was sufficient to support a family.  The husband took the slings and arrows of the work experience, and the wife provided household services such as home cooked nutritious meals, child care, clean clothes, and an orderly existence.  Today most households require two earners to make ends meet and then only barely.  Saving is a declining option.  A Federal Reserve report a couple of years ago concluded that about half of American households could not produce $400 cash unless personal possessions were sold.

As the Federal Reserve’s low interest rate policy has not served ordinary Americans or spurred investment in new plant and equipment, who has it served? The answer is corporate executives and shareholders.  As the liquidity supplied by the Federal Reserve has gone mainly into the prices of financial assets, it is the owners of these assets who have benefited from the Federal Reserve’s policy.  Years ago Congress in its unwisdom capped the amount of executive pay that could be deducted as a business expense at one million dollars unless performance related.  What “performance related” means is a rise in profits and share price.  Corporate boards and executives achieved “performance” by reducing labor costs by moving jobs offshore and by using profits and borrowing in order to buy back the company’s shares, thus driving up the price.

In other words, corporate leaders and owners benefited by harming the US economy, the careers and livelihoods of the American work force, and their own companies.

This is the reason for the extraordinary worsening of the income and wealth distribution in the United States that is polarizing the US into a handful of mega-rich and a multitude of have-nots.

The America I grew up in was an opportunity society.  There were ladders of upward mobility that could be climbed on merit alone without requiring family status or social and political connections.  Instate college tuition was low.  Most families could manage it, and the students of those families that could not afford the cost worked their way through university with part time jobs. Student loans were unknown.

That America is gone.

The few economists capable of thought wonder about the high price/earnings ratios of US stocks and the 26,000 Dow Jones when stock buy-backs indicate that US corporations see no investment opportunities.  How can stock prices be so high when corporations see no growth in US consumer income that would justify investment in the US? 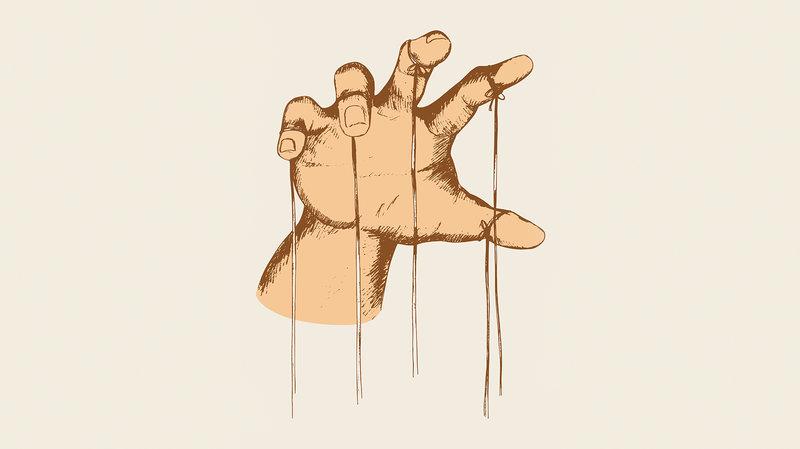 When President Reagan’s supply-side economic policy got the Dow Jones up to 1,000 the US still had a real economy. How can it be that today with America’s economy hollowed out the Dow Jones is 25 or 26 times higher?  Manipulation plays a role in the answer. In Reagan’s last year in office, the George H.W. Bush forces created the Working Group on Financial Markets, otherwise known as the “plunge protection team,” the purpose of which was to prevent a stock market fall that would deny Bush the Republican nomination and the presidency as Reagan’s successor.  The Bush people did not want any replay of October 1987.

The plunge protection team brought together the Federal Reserve, Treasury, and Securities and Exchange Commission in a format that could intervene in the stock market to prevent a fall. The easiest way to do this is, when faced with falling stock prices, to step in and purchase S&P futures. Hedge funds follow the leader and the market decline is arrested.

The Federal Reserve now has the ability to intervene in any financial market.  Dave Kranzler and I have shown repeatedly how the Federal Reserve or its proxies intervene in the gold market to support the value of the excessively-supplied US dollar by printing naked gold contracts to drop on the gold futures market in order to knock down the price of gold. A rising gold price would show that the dollar support arrangements that the Federal Reserve has with other central banks to maintain the illusion of a strong dollar is a contrived arrangement rejected by the gold market.

What few, if any, economists and financial market commentators understand is that today all markets are rigged by the plunge protection team.  For at least a decade it has not been possible to evaluate the financial situation by relying on traditional thinking and methods.  Rigged markets do not respond in the way that competitive markets respond.  This is the explanation why companies that see no investment opportunities for their profits better than the repurchase of their own shares can have high price/earnings ratios.  This is the explanation why the market’s effort to bring stock prices in line with realistic price/earnings ratios is unsuccessful.

As far as I can surmise, the Federal Reserve and plunge protection team can continue to rig the financial markets for the mega-rich until the US dollar loses its role as world reserve currency.

We live in a Matrix of Lies in which our awareness is controlled by the explanations we are given.  The control exercised over our awareness is universal.  It applies to every aspect of our existence.  In the article above I showed that not only is our understanding of the economy controlled by manipulation of our minds, but also the markets themselves are controlled by official intervention. In brief, you can believe nothing that you are officially told.  If you desire truth, you must support the websites that are committed to truth.