‘US must choose between Turkey and terrorists’: Ankara slaps Pence with counter-ultimatum

Turkey’s vice president said his US counterpart must choose between an alliance with a loyal NATO partner or siding with terrorists, after Mike Pence issued an ultimatum for Ankara to pick its F-35 jets over Russian S-400 systems.

“The United States must choose. Does it want to remain Turkey’s ally or risk our friendship by joining forces with terrorists to undermine its NATO ally’s defense against its enemies?” Vice President Fuat Oktay tweeted, in response to Mike Pence’s demands.

The United States must choose. Does it want to remain Turkey’s ally or risk our friendship by joining forces with terrorists to undermine its NATO ally’s defense against its enemies?

The Turkish official did not make clear what “terrorists” he was talking about. Ankara is at odds with Washington over the military support it provides to Syrian Kurdish militias which are designated as terrorist organizations in Turkey.

That aside, self-exiled Turkish cleric Fethullah Gulen, whose entity Turkey accuses of plotting the 2016 coup attempt, has found a safe haven in the US which also poisons relations between the two NATO allies.

Earlier on Wednesday, the US second-in-command demanded that Ankara “choose” whether it wants to remain a “critical” NATO partner or jeopardize its alliance membership by “reckless decisions” such as the purchase the Russian S-400 air defense systems.

The Twitter battle between two top politicians erupted two days after the Pentagon stopped shipping equipment related to the F-35 fighter jet to Turkey. The DoD made clear that deliveries will not resume unless Turkey abandons its purchase of Russian hardware. 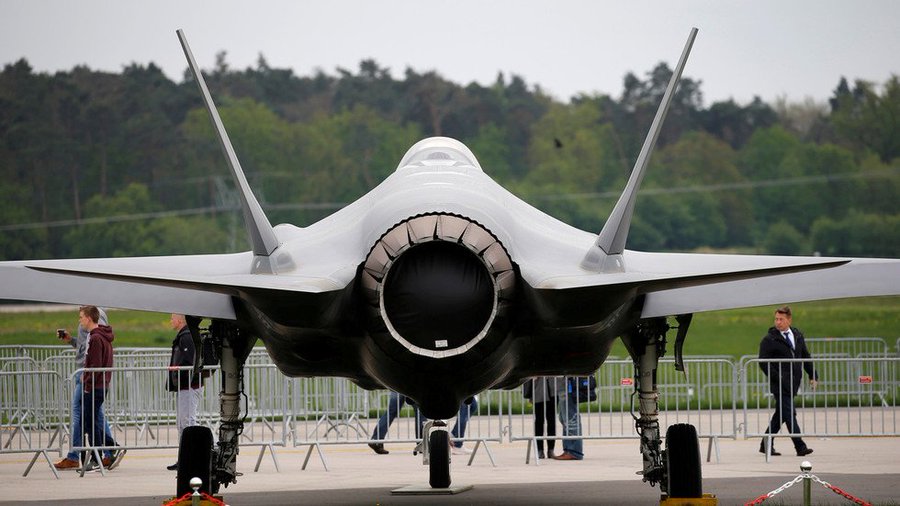 Turkey, which has been a vital partner in the F-35 program, once again reminded the US on Wednesday that its S-400 purchase was a “done deal.”

“[S-400s] will not be integrated into the NATO system,” Foreign Minister Mevlut Cavusoglu said Wednesday, advocating the setting up of a multi-party technical group that would ensure the air defense system “will not be a threat” to either the F-35 or other NATO systems. He also hinted that the issue will most likely be resolved between President Donald Trump and Turkish President Recep Erdogan.

ALSO ON RT.COMRussian S-400 purchase a ‘done deal,’ despite US freeze on F-35 deliveries – Turkish FM

Turkey has long insisted that, as a sovereign nation, it has the right to choose its trade partners and arms suppliers, repeatedly stressing that buying Russian systems is vital for the country’s national defense, amid the ongoing Syrian conflict right on its doorstep.

Besides tensions centering around arms deals, Turkey has been expressing continuing concerns over Washington’s support to the Syrian Kurdish militias, which are at the forefront of the US-backed Syrian Democratic Forces (SDF). Ankara considers Kurdish forces in both Syria and Iraq as a “terrorist”extension of the Workers’ Party of Kurdistan (PKK), a decades-old Turkey-based insurgency.