A US budget for worldwide war

The Trump administration is seeking a record $750 billion in military spending, more than the next 14 countries combined.

A US budget for worldwide war 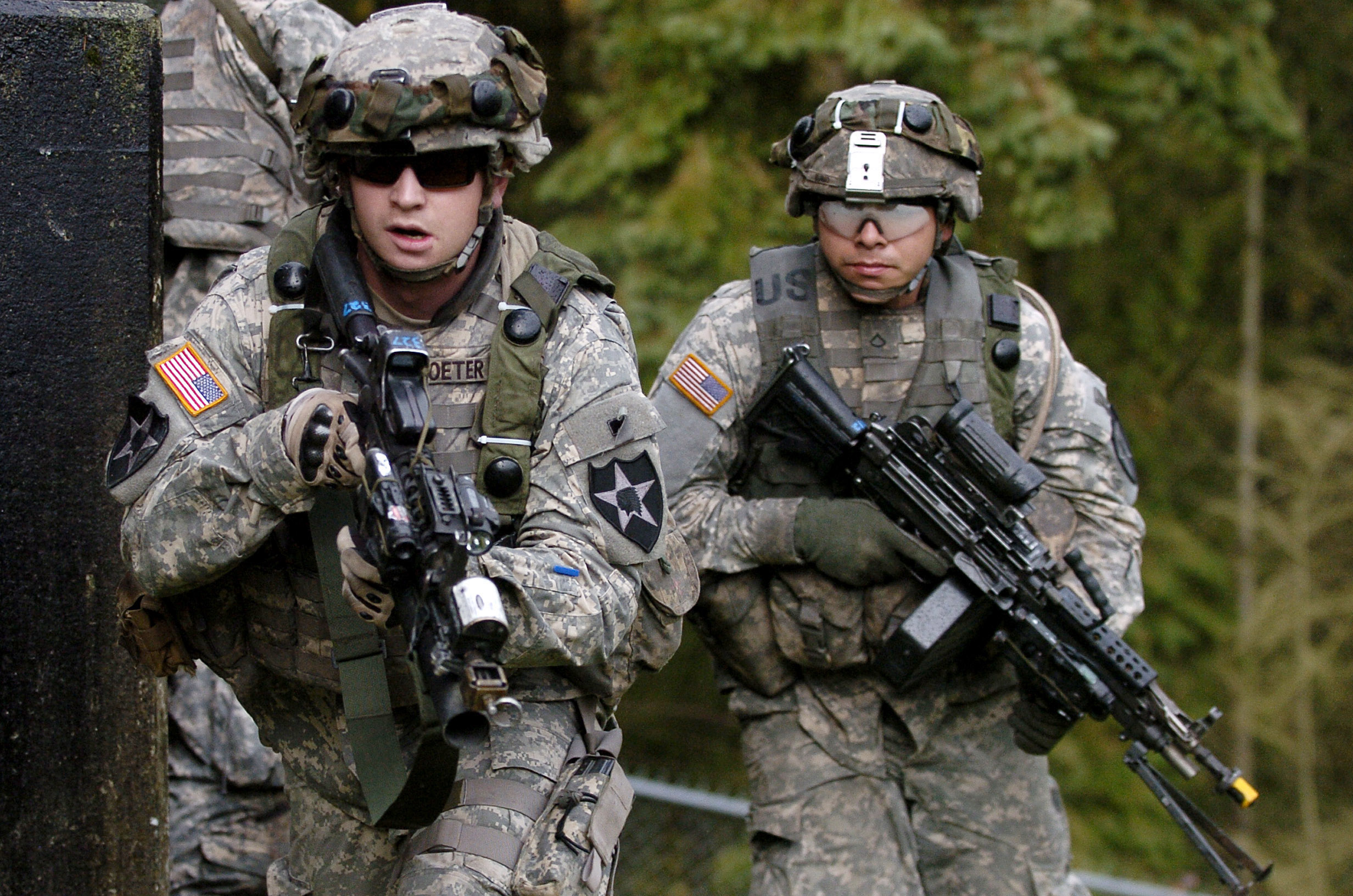 The budget request made public Monday by the White House must be taken by the international working class as a serious warning. The US government is preparing for full-scale war abroad and savage attacks on the living standards and social benefits of working people at home. The most powerful imperialist state is seeking a record level of military spending, while demanding unprecedented cuts in spending on social necessities such as healthcare, education and the environment.

The Trump administration proposes to give the Pentagon an increase nearly double that sought by the military establishment itself—a 4.7 percent rise over current spending, double the 2.4 percent increase for which Defense Department officials had been planning. The dollar amount of the increase is $34 billion, while the Pentagon asked for only $17 billion.

Perhaps the most startling and ominous figure in the budget request is the proposed increase for Overseas Contingency Operations (OCO), the all-purpose war-fighting category that includes funding for the US interventions in Afghanistan, Iraq and Syria, drone warfare across the wider Middle East and North Africa, and the US military buildup on the borders of Russia (European Deterrence Initiative). While the fiscal year 2019 budget provides $69 billion for OCO, the request for FY 2020 balloons to a staggering $164 billion.

Initial press reports, citing White House sources, claim that this is an accounting gimmick, reclassifying a significant portion of the regular Pentagon budget as OCO in order to allow the military nominally to comply with spending caps set in 2011 under a bipartisan budget agreement between the Obama administration and congressional Republicans, but routinely evaded in congressional budget deal-making since then. Under that scenario, the Trump administration would declare that it was now observing the caps, imposing them on domestic spending through a savage across-the-board cut of at least five percent. Meanwhile, overall military spending would soar, since money for the OCO is not counted towards the spending caps.

Whatever the truth of such assertions, funneling almost $100 billion more into Overseas Contingency Operations has implications far beyond Trump’s maneuvers with Congress, and would surely provoke alarm in Tehran, Moscow and Beijing. It would give the Pentagon more than enough money to fight a major war, such as an invasion of Iran or Venezuela, both targets of Trump fist-shaking in recent months, or North Korea, if the current talks between Washington and Pyongyang collapse completely. This vast sum could even be used to finance the initial stages of a war with China or Russia, if such a conflict did not immediately escalate into a world-destroying nuclear holocaust.

Moreover, given Trump’s ongoing effort to use the declaration of a bogus “national emergency” on the US-Mexico border to redirect Pentagon funds towards the building of his border wall, the creation of a gigantic $164 billion OCO slush fund would give the commander-in-chief virtually free rein for military operations around the world, or within the United States itself. For a sense of the scale of the war allocation, the $164 billion OCO fund by itself is roughly equal to the total military budget of China, at $168 billion, and nearly three times the $63 billion military budget of Russia. It would pay for Trump’s border wall many times over.

Specific military spending categories that have been reported include $104 billion for research and development, with the main focus on hypersonic weapons (missiles and planes flying much faster than sound), on artificial intelligence systems (cyberwarfare and automated battlefield weapons), and “space-based technologies.” The Navy will contract for two new Gerald Ford-class supercarriers, costing upwards of $13 billion apiece. The Air Force will buy upgraded F-15 fighter jets from Boeing and more F-35s from Lockheed Martin. Tens of billions will go to update and modernize US nuclear weaponry.

Then there is a $9.2 billion “emergency requirements” item that would “address border security and hurricane recovery.” The portion devoted to “hurricane recovery” is for past and future damage to US military facilities and the cost of deploying US military resources during and after a storm, not for civilian needs. And “border security” would give Trump yet another pot of money to fund the US-Mexico border wall, in addition to the $8.6 billion formally requested in the budget for that purpose.

While proposing this bonanza for the Pentagon, the Trump budget would impose the biggest cuts in Medicaid and Medicare in history, nearly $2 trillion over 10 years. Medicaid would be converted into block grants to the states, with spending increases limited to the rate of overall inflation, not the much higher rate of health care cost inflation, forcing almost immediate cuts by the states. In addition, the expansion of Medicaid under Obamacare would be repealed, cutting off health coverage for more than 10 million people. The total savings over 10 years are estimated at $1.1 trillion. Another $845 billion would be slashed from Medicare by slashing reimbursements to hospitals and other health care providers and eliminating “waste, fraud and abuse.”

The response by congressional Democrats and the media to the Trump budget has been to focus on the $8.6 billion request for the border wall—the issue that was the trigger for a 35-day partial shutdown of the federal government that ended in late January. This is a deliberate diversion, allowing the Democrats to posture as intransigent opponents of Trump while they quarrel with him over a sum that represents less than two one-thousandths of a $4.6 trillion budget.

The Democratic leadership fully embraced Trump’s military budget as part of a bipartisan deal last year, and it is just as enthusiastically in support of the Pentagon this year. In fact, the Democrats have generally attacked Trump from the right on foreign policy, demanding a more aggressive stance toward Russia in Syria and Eastern Europe, against North Korea, and in opposition to China, particularly on trade.

Even on border security, the Democrats are in full support of further massive spending increases to deploy more technology and hire more Customs and Border Protection and Immigration and Customs Enforcement thugs to persecute immigrants, so long as it isn’t labeled as money for Trump’s wall.

The delivery of Trump’s proposed budget begins an entirely predictable and cynical sham fight in Washington. The Democrats will denounce the proposed cuts in Medicaid, Medicare and other social programs and vow to fight them to the death. They will ultimately do a deal with Trump that includes major new cuts in social programs, which do not, however, go as far as the White House proposals, in return for full funding for the US military-intelligence apparatus, the most reactionary and dangerous force on the planet.