Over Population: One Of Their Plans To Destroy Us

Source: Over Population: One Of Their Plans To Destroy Us. | Video Rebel’s Blog

Warning! This article might at first glance appear to be depressing but there are solutions to these problems. But first we must get angry enough to do something. Wall Street despises us. Never forget that.

The people who own the government deliberately over populated America. Study the writings of Leon Walras and Wassily Leontieff. The latter won a Nobel Prize in economics for his study of the American economy. He studied the inputs and outputs of American industry. Starting with an extractive industry like mining which outputs coal and iron. These outputs become inputs to the making of steel as an output. This steel in turn becomes an input to the making of cars and washing machines.

Leontieff determined that American wages were a third higher than Europe because we had abundant natural resources to which we added value through the employment of skilled labor. 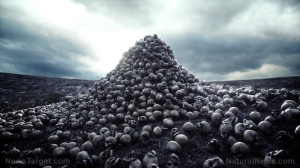 The fly in the ointment for the American economy was that when our population went above 150 million in 1950, we were supposed to cut wages every time we added a few million people through legal and illegal immigration. The people who owned the government decided to print money by the trillions to:

1) pay for foreign wars and the occupation of foreign lands

2) to buy things for free from overseas, such as, oil, cars, electronics,
food, toys, clothes and even vacations paying for it all with I Owe You Nothing Federal Reserve Notes. They did this so voters would not know that the Elite had planned to cut the value of their wages, pensions and savings. That future pay cut is coming soon.

3) to hire 31 million federal, state and local government workers including contractors to make it appear that Americans had high paying jobs with benefits despite over population.
China is dumping US Treasury bonds all over the world financing ports, railroads, and other projects. One day in the near future people overseas will refuse to sell for dollars. They will demand commodities, oil, gold, silver, foreign currencies or anything of value. Half of all US dollars are overseas. Their forced repatriation will double prices over night and permanently cut the value of wages, pensions and savings in half. 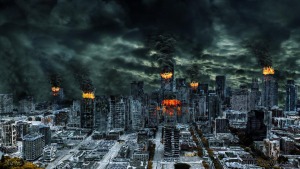 3 million Americans starved to death in the 1930s. We have added 225 million people to this nation since then. I think the Elite want us wake up one morning after the Dollar had Reset the Night Before. One that day the Uber Rich fervently hope the commoners awake on the Morning After to  a circular firing squad which kills everyone who is black, Latino or white. In their dreams the Billionaires are safely tucked away in underground fortresses.

Not likely. More than 100 million Americans could die. And they all will have had friends and relatives who did not make it. Worldwide the death count could easily pass 3 billion. Lots of angry people are in the futures of our Banking Elite.

Kamala Devi Harris wants a $76 billion to subsidize rents in states impacted by immigration. She spoke favorably on ABC’s The View of Alexandra Ocasio Cortez’s plan to raise federal taxes to 70% which is 82 to 83%in total for residents of New York City or California. Liberals have failed to learn the lesson that the Uber Rich can exempt themselves through especially designed loophole legislation written for them by the finest Congress money can buy. That just means the tax collectors will target professionals with a salary in the 60% bracket and all skilled workers will be pushed into the 50% tax bracket. And the illegal aliens can collect benefits that are non-taxable.

Clearly, the Elite created a future that does not work for us.

There are three things (amongst others) that we can do.

First. The greatest scientist of the 20th century was Nikola Tesla. He died on January 7, 1943. He left behind 155 boxes and trunks of papers and lab equipment. His papers were evaluated by an MIT physics professor named John G Trump. Donald Trump is his nephew. If we are to survive, it would be helpful if someone inside the US government would release the hitherto Above Top Secret Tesla research that our scientists and engineers have never seen. Nikola Tesla died 75 years ago. If Tesla did invent cheap, if not free, energy, we could use it to heat our homes and to raise crops indoors and to eliminate pollution.

Second. We need to end our insane banking system. It caused 3 million Americans to starve to death in the Great Depression. The Rothschilds, Rockefellers and Warburgs gave us the Federal Reserve Bank. It gave Bankers the right to charge us interest on money they created out of nothing. This system generates Unpayable Debts which when cancelled en masse cause a Great Monetary Contraction or Depression. The next Depression could easily kill a few billion people worldwide.

Alternatively, we could arrest the Bankers and seize the money they stole from us and use those assets to fund Debt Cancellation. The world economy could recover in 90 days after the we complete the Great Cancellation. We could issue what Dr Irving Fisher called 100% money. It begins by issuing a non-interest bearing currency like President Lincoln’s Greenbacks. It also forbids fractional reserve banking which allows Bankers to loan out 10 times as much money as they have on deposit. This creates lot of Bad Debts which in turn, as I said, leads inevitably to another Great Depression.

I should mention in passing that President John Fitzgerald Kennedy was murdered on the 53rd anniversary of the first meeting in 1910 the Bankers held to draft the legislation that became the Federal Reserve. Maybe the Bankers were sending us a message by killing the President on that anniversary. Dr Martin Luther King Jr was murdered on the first anniversary of his anti-war speech at New York’s Riverside Church. Maybe their message was that no man should have enough power to go to Washington and shut down the town until the government stopped an unpopular war. 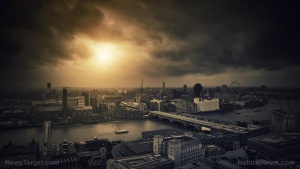 Third. We are heading into a Grand Solar Minimum. In the Maunder Minimum wheat prices rose 400% in the UK. Dr Valentina Zarkova noted that during the Maunder Minimum scientists counted fewer sunspots which resulted in an slight global cooling. But with modern technology we now know that the magnetosphere of both the sun and the earth are greatly reduced.  The sun’s reduced magnetosphere allows more cosmic rays to strike the earth. The earth’s reduced magnetosphere allows the Jet Stream to wander about dumping rain, hail and snow on one area and causing a drought in another. Clearly, we need Tesla technology so the poor don’t freeze to death and we can raise food indoors even if there is a blizzard raging outside.

25 Reasons To Absolutely Despise Bankers And Their Minions

Israel Shahak: The Laws Against Non-Jews

If You Do Not Learn Real History, You Will Be Dead Really Soon.