As the Left-wing social media giants continue to target Infowars and Alex Jones, banning his channels and pages and disrupting his ability to earn a living, some analysts and experts say the CEOs who run those companies are crossing a legal line and ought to be held accountable.

Paul Craig Roberts, former U.S. Assistant Secretary of the Treasury for Economic Policy under President Ronald Reagan, told USA Watchdog’s Greg Hunter in an interview this week that the only way Leftist elites in government and the private sector can promote their “awful” ideas is to censor and ban free speech from anyone who disagrees.

“The agendas of the elite are hidden,” Roberts said. “They are not something the American people would support. The elite are fearful that their cover stories are so thin that if truth can be shown on their agendas, they will be discredited.

“They will lose their abilities to impose their agendas,” he continued. “So they are closing down truth tellers in order to maintain control over explanations. Alex Jones is a threat to the elites’ control over the explanations… They are sending the message that says get on board with the official explanations or we will terminate you.” 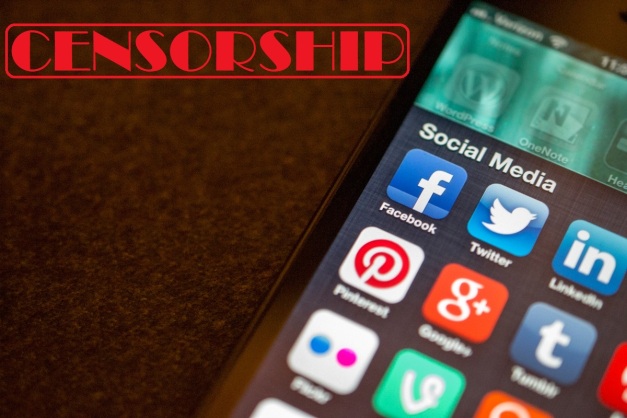 Recently, Jones was notified that Facebook and YouTube had banned Infowars’ and Jones’ pages, while tech giant Apple removed entire libraries of Jones’ podcasts, along with Spotify.

And while not every agrees with Jones’ content, many of them do not support the censoring of his content. “I don’t support Alex Jones and what Infowars produces,” said Media Research Center chief Brent Bozell, Fox News reported.

“However, banning him and his outlet is wrong” because it will inevitably lead to similar actions being taken against anyone or any organization outside the Left-wing acceptance bubble.

In fact, the censorship and banning had already begun. Twitter “shadow bans” conservatives, while many Right-leaning media have noted that their referral traffic from Facebook has dropped as much as 90 percent in some cases.

Violations of the law

But Roberts says there is a legal remedy to all of this censorship and banning – it’s just not being used, for some reason.

“Why is this possible?” he told Hunter in reference to the censorship. “It is possible because the antitrust laws of the United States have not been enforced. These are all monopolies. Monopoly is against the law. It’s against the Sherman Antitrust Act, but they don’t enforce it because they’re so powerful.”

He adds that the media-tech companies have grown so large that they no longer feel they have to operate in a fair, unbiased manner.

“They should be broken up,” he said, “or they should be nationalized or actually they should be arrested … they are part of a plot” to overthrow POTUS Donald Trump. Included in the plot, he said, were several traditional media including The New York Times, Washington Post, CNN, MSNBC, and even NPR.

“There is not an ounce of integrity in the media,” Roberts continued.

As to his monopoly allegations, Roberts has a point. As of June, according to the statistics website Statistica, Google accounted for an astounding 78.81 percent of all search traffic, giving the platform incredible influence and control over results. Google is even more pervasive in other countries, rising as high as 94.39 percent in India, where more than a billion people live.