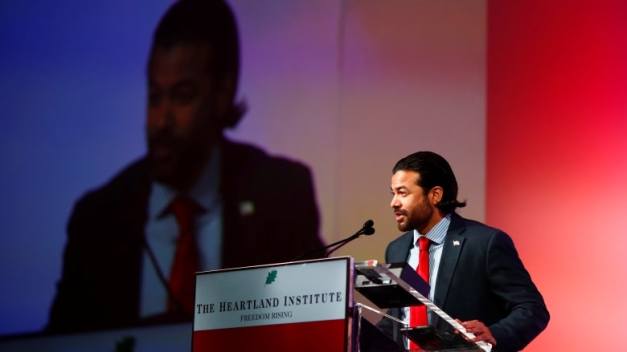 Jason Funes, an official from the U.S. Department of the Interior, addressed the America First Energy Conference in Louisiana, where climate change deniers blasted the United Nations and renewable power. (Edmund D. Fountain/Reuters)

Pumping carbon dioxide into the air makes the planet greener; the United Nations puts out fake science about climate change to control the global energy market; and wind and solar energy are simply “dumb.”

These are among the messages that flowed from the America First Energy Conference in New Orleans this week, hosted by some of the country’s most vocal climate change doubters and attended by a handful of Trump administration officials.

The second annual conference, organized by the conservative think tank the Heartland Institute, pulled together speakers from JunkScience, the Committee for a Constructive Tomorrow, and the Center For Industrial Progress, along with officials from the U.S. Department of Interior and the White House.

Panels at the event included: Carbon Taxes, Cap & Trade and Other Bad Ideas; Fiduciary Malpractice: The Sustainable Investment Movement; and Why CO2 Emissions Are Not Creating A Climate Crisis.

The day-long conference reflected the political rise of global warming skeptics in Donald Trump’s America that is occurring despite mounting scientific evidence, including from U.S. government agencies, that burning oil, coal, and natural gas is heating the planet and leading to drought, floods, wildfires and more frequent powerful storms.

A similar conference blasting the link between fossil fuels and climate change last year drew then-Environmental Protection Agency chief Scott Pruitt, who was appointed by Trump to reverse Obama-era climate initiatives and roll back regulation hindering drillers and miners but who has since resigned in a flurry of ethical controversies. 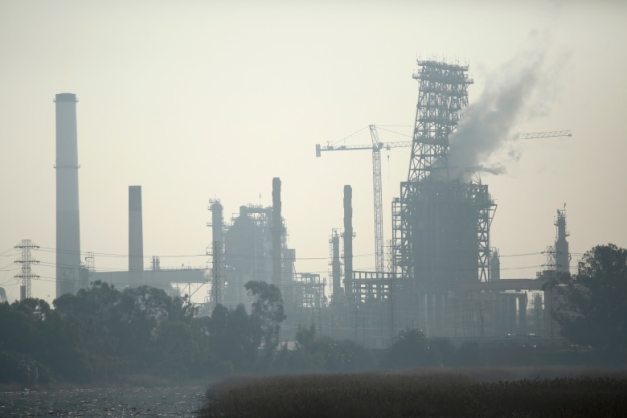 The U.S. officials who joined this year included White House special assistant Brooke Rollins, Interior Department Assistant Secretary Joe Balash, and Jason Funes, an assistant in the office of external affairs at Interior. They praised the administration’s moves to clear the way for oil industry activity and steered clear of commenting on climate change.

But their presence gave climate change doubters at the conference a boost.

“It’s a step in the right direction,” said self-described climate change doubter Roy Spencer, a principal research scientist at the University of Alabama, referring to the U.S. officials in attendance.

In an email, Interior Department spokeswoman Heather Swift said department officials “speak at thousands of conferences every year and share ideas with a diverse group of individuals.” A White House spokesperson did not immediately comment.

Tim Huelskamp, president and CEO of the Heartland Institute, said the views presented at the conference “once on the fringes of U.S. politics” would be proven right.

“The leftist claims about sea level rise are overblown, overstated or frankly just wrong,” he said in an interview.​

Huelskamp dismissed United Nations findings on climate change as “fake science” motivated by a desire for “power and control.”

Evidence of sea level rise, however, exists across the state that hosted the conference.