So What Happens To America After The California Earthquake? 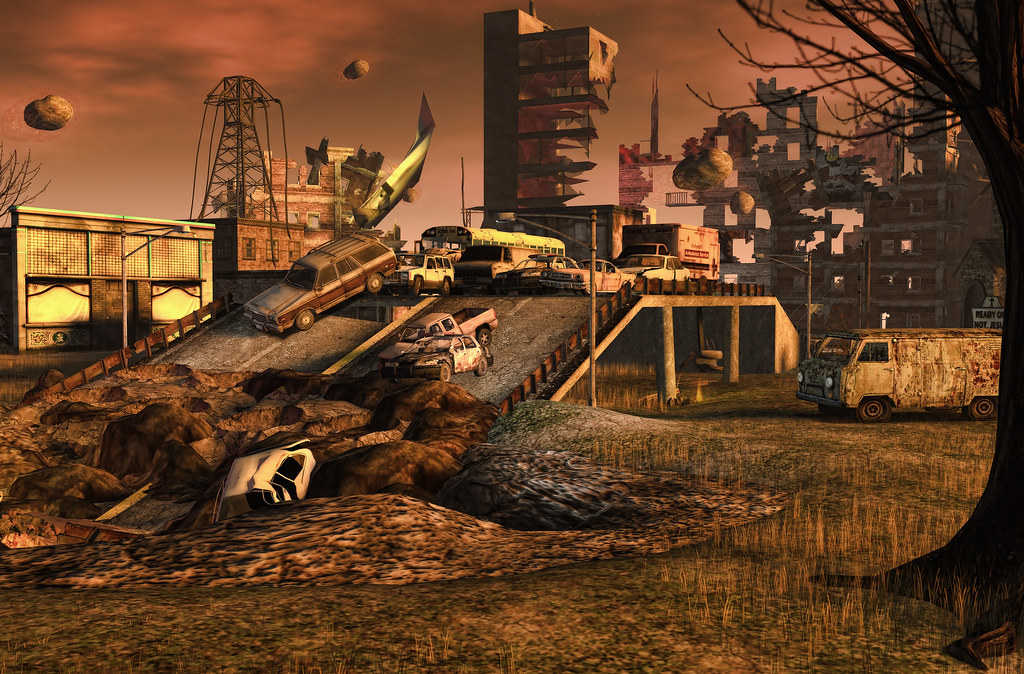 Piers Corbyn says we are entering a Grand Solar Minimum in 2019 and this means we will have more earthquakes and volcanoes due to decreased solar activity allowing more cosmic radiation (i.e. nuclear particles) to bombard the earth.

A major quake will take out the hospitals, roads, electric grid, water and sewer services. California has 218,000 people in prisons and jails. This would include thousands of violent defendants on trial. An earthquake might give these bad boys an early release. In 1906 roads 80 miles from the epicenter were thrown 20 feet.

Does anyone have a plan to do anything about criminals from Mexico and bordering US states who will enter the quake area to have a field day looting and raping?

Disease would be widespread within days without water, sewers and hospitals.

If the nuclear power plant at Diablo Valley melts down, then millions more would be motivated to move out of state.

There are multiple volcanoes in southern California. They currently are emitting a Hydrogen Sulfide gas that smells like rotten eggs and can be noticed 120 miles away in populous areas. During a GSM, the sun blocks fewer cosmic rays which activates the magma under  volcanoes. There is also an increase in both the number and severity of earthquakes. Southern California could be covered in volcanic ash. Getting cleaned up without water will be a problem.

The Federal government has not responded well to previous disasters. Thanks mostly to over population, 43% of all Americans are too poor to buy food and pay the rent. 43% of 18.8 million Angelenos would be 8 million people. As disease spreads due to zero water and sanitation, the federal government would have to pay to feed, house and transport 8 million people. Good luck finding water.

And as for the 10 million Angelenos who think they could afford to buy a tank of gas and drive to Mexico, Arizona or Nevada: No power grid means no gas pumps and no ATMs. Californians should always drive with a tank 3/4ths full. Why? They will need that much gas to get to the next gas station. Hint: Leave early and fill up before the price soars to $10 a gallon.

Problem for the middle class Californian: Credit card companies might turn off your cards if your home is in the quake zone and you are suddenly unemployed. You will need actual cash. California refineries will likely be offline so those gas stations still standing will be waiting to get supplied by refineries in Texas. Remember: First come, first served.

The Department of Homeland Security has issued guidelines for school safety. In case of a shooting you can throw staplers and other office supplies at the bad man with a gun. You might choose to arm yourself with staplers (or other more serious weapons) before you start your road trip. Of course the poor who seek federal assistance will be disarmed before they get their first government handout.

Also requiring assistance will be hospital patients who survive the collapse of the buildings and anyone injured on Day One or catches diseases after Day Two due to a lack of food, shelter, water and sewers. California has over 700,000 in long term care including hospices. They have a large population of cancer patients, people on Kidney dialysis and with HIV. Cumulatively, these special needs people will be a greater burden than the federal government can handle.

There are 750,000 Mormons in California. The ones that leave will do so in well armed caravans with destinations in Oregon, Idaho, Utah, Nevada and Arizona. They will get jobs and substantial help. Not so sure about the Californians who wait to Day Two to flee.

There are 2.5 million blacks in California. Blacks are currently often used for target practice in California by some Mexicans. If there is a major quake, very few blacks will have the means to migrate to Atlanta, the nearest, prosperous safe town for them. Most of the nearly 2,200 miles will be unfriendly. The majority of blacks could never afford the gas and food they need for the trip, especially if their credit cards are turned off.

The rest of America -white and black – might not like the sudden ethnic change when they see Californians arriving by the millions. 43% do not speak English at home. 38.8% are Hispanics. 14.8% are Asians. 3% are mixed race. 400,000 are Muslims. Latinos might face reprisals if there is a lot of anti-black violence in California.

Depressions are caused by the cancellation of Unpayable Debts. We have more Unpayable Debts now than at anytime in history. Anything could tip us over into a financial collapse far worse than 1933. 3 million Americans starved to death in the Great Depression.

The Elite decided to add 200 million people to our population and to send millions of industrial jobs overseas since 1929. Some corporations will definitely collapse when California, the sixth largest economy in the world, has a major earthquake. Insurance and bank stocks will definitely collapse. 43% of Americans already cannot buy food and pay rent. So what happens when foreigners dump the dollar and prices double overnight? Inflation would cancel Food Stamps. The day Food Stamps end, will be the day we have Nationwide Food Riots. Food riots will make resettling Californians impossible because tens of millions will be fleeing America’s cities. Those Food Riots will likely turn into Race Riots.

This is not the 1930s. People in 2018 can’t walk a mile outside their front doors and shoot deer and rabbits for dinner or find a farm with chickens and gardens within walking distance. We had gangs and violence then but today we have nearly 2 million gang members. And the Elite has trained to believe Identity politics which says whites are wrong and minorities are right. Food Rioters today could easily sack and loot every major city. When all the super markets are looted, we will have no way to distribute food to 100 million people.

No politician has made any plan to survive any earthquakes in either California or on the New Madrid fault.

Other Articles By Me:

Normally, I write about other topics.

Either Say No To The Jewish Lobby Or Die

Dianne Feinstein: Thy Name Is Corruption

To Stop WW III Just Tell The Truth About Epicyte And GMO Corn.

19 Facts About American Earthquakes And The Iceland VolcanoesIn “Earth Changes”

The Bankers Really, Really Want Us All DeadIn “Earth Changes”

I have decided to share two of the visions I had as a child. When I was eight, I had a vision of a future war that killed 99.5% of the world’s population. When I was 16 and living in the projects, I had a vision of my future. I was to live in complete obscurity until it came time to stop WW III. When I was about ten, I had read a bio of Nikita Khrushchev which said he survived Stalin by playing the bumbling fool an old Russian peasant trick. I decided to do the same as I had already learned that we did not live in a democracy. The other vision I had when I was in third grade was of the Mind of God and how it interacted in the creation of the world we see. I believe you and I were born at this time precisely so we would have an opportunity to stop this war. As for my personal info, I grew up on military bases and in housing projects. My legs atrophied from starvation as a child. My second step-father died in prison. I used to have to rub my skin to simulate human contact. They did not feed me when I was a child. I do not fight in their wars as an adult.