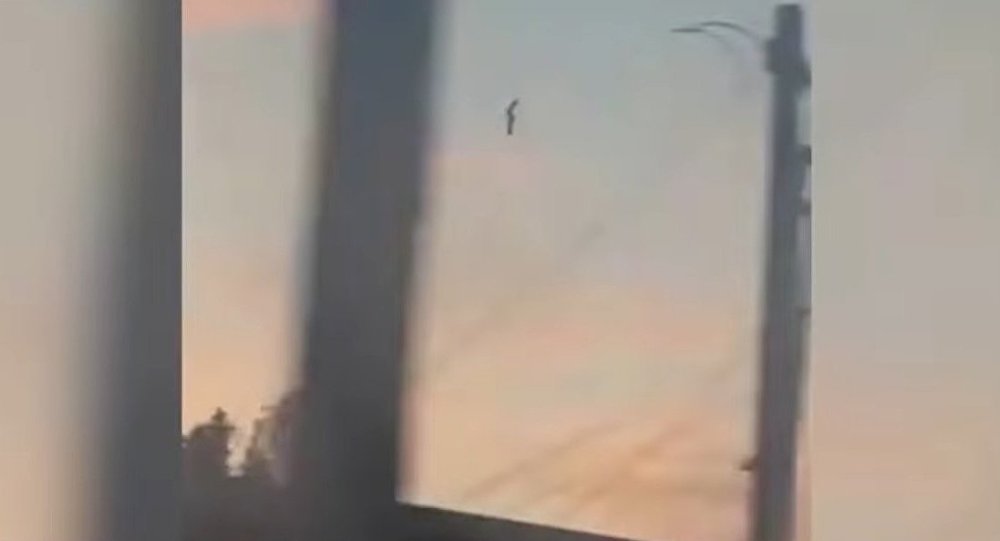 Social media users don’t quite know what to make of an eerie pair of videos showing what appears to be an odd vertical UFO hovering over the skies above Mexico and Texas.

The unidentified flying object, caught on camera by a Mexican woman who can be heard asking “What is that?” in the background as she films, has sparked furious debate on YouTube.

Skeptics dismissed the object as a piece of dirt or even bird excrement on a window, a theory others quickly shot down since the video, uploaded on January 11, clearly shows the object disappearing behind a cloud, billboard and other foreground objects. Others skeptics suggested it could just be a set of old, deflating balloons.

Others jokingly suggested that it may be a person with a jetpack, or even fictional billionaire Tony Stark himself in his famous Iron Man suit.

Sharp-eyed users pointed out that something very similar was spotted hovering over San Antonio, Texas during the same period. The second video was uploaded on January 13.

“Any ideas what this might be people? Really curious. Also saw that this has been seen in China,” the Texas clip’s uploader wrote.

Others said they had solved the mystery, asking fellow users to search “50ft Solar Balloon on Amazon,” or look up a type of mirage effect known as the Fata Morgana.

Nevertheless, given the videos’ overwhelmingly positive up vote ratios, it seems that many people just want to believe that the object really may be some sort of extraterrestrial spacecraft.