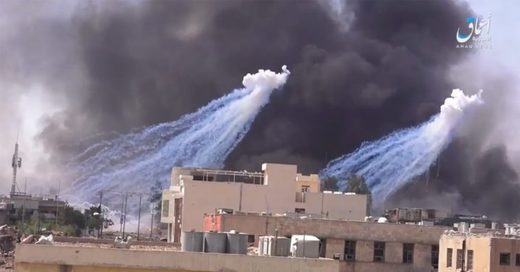 Syria has confirmed that the US led coalition whose very presence in Syria is illegal according to international law, has recently dropped white phosphorus munitions over a village in Deir ez-Zor.

Similar to the infamous napalm munitions the US used in the war on Vietnam, white phosphorus melts the skin off human bones, resulting in an excruciatingly torturous death.

SANA reports that thus far three civilians have been killed while another five have been seriously injured.

“The news comes a day after a report that coalition airstrikes left nine civilians dead in the northeastern province Hasaka. Those killed included an Iraqi family of six that had escaped Daesh violence in Mosul, according to SANA. Citing sources, the agency added that the coalition had also launched airstrikes on the villages Hadaj, Huneidis and Hassan Ali near the Iraqi border, which has resulted in “huge material damage”.

The coalitions airstrikes have resulted in death of hundreds of people in Syria. On August 4, the coalition admitted that “at least 624 civilians have been unintentionally killed by Coalition strikes since the start of Operation Inherent Resolve” against Daesh in Iraq and Syria in 2014″.

The forensic and field images shown below, demonstrate what happens to human bodies after they are hit by white phosphorus 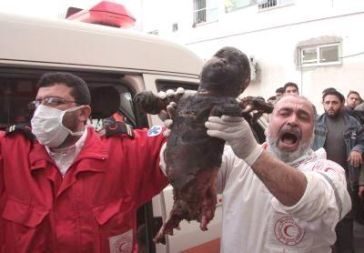 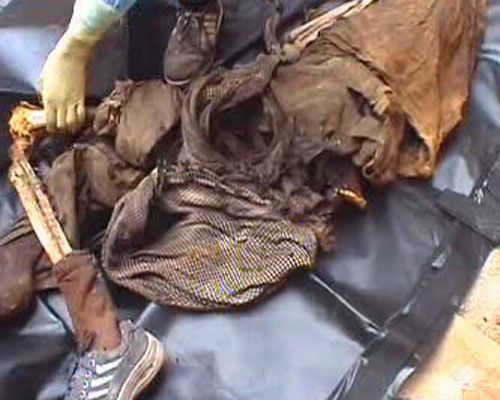 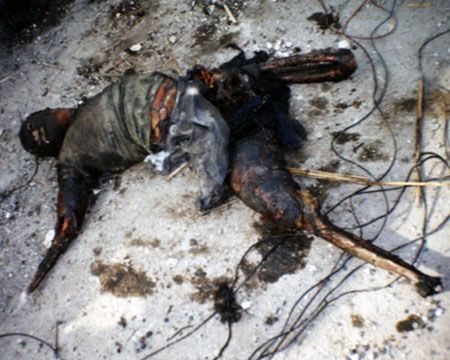 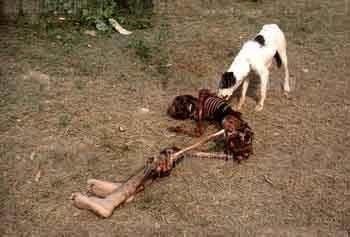 White phosphorus is highly noticeable when being dropped from war planes as it leaves a distinctive set of white vapour trails when dropped.

The US has previous used white phosphorus in Raqqa, Syria as well as in Mosul, Iraq.

The current Ukrainian regime in Kiev has also used the banned munitions on civilian populations.