Think before you ink – Tattoo ink may color your lymph nodes 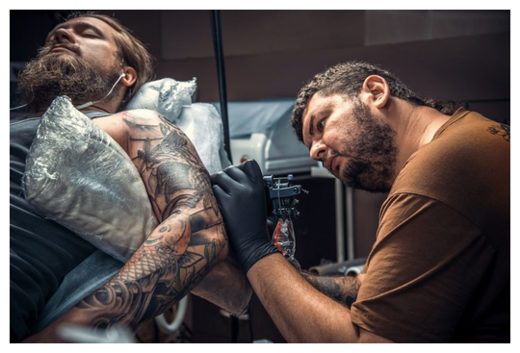 It’s not news that tattoos are hitting the mainstream, but a new study reported in the journal Scientific Reports reveals that tattoo inks’ nanoparticles are adding color to other parts of your body.

As the tattooed population knows all too well, the process of tattooing consists of placing insoluble deposits of pigmented ink just below the epidermis, or outermost layer of skin. As they also know, your body does pretty much anything it can to get that ink out – which is why new tattoos excrete ink, plasma, and lymphatic fluid through the epidermis while healing.

None of this is really news – tattooed individuals have displayed pigmented lymph nodes for decades.

But what is it, exactly, that the lymph nodes are filtering out?

Working out the Inks

There are a wide variety of tattoo ink formulas, with a big variance in composition based on the ink’s color. Black tattoos are frequently made of iron oxides and carbon, while colored inks can contain nickel, chromium, manganese or cobalt. 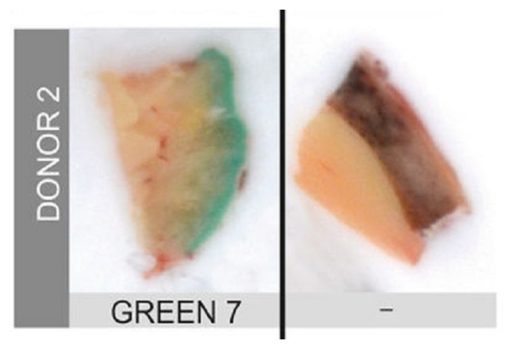 © Schreiver, et al
From the study: An example of green ink particles that leached into a lymph node.

According to the study, the two most common ink ingredients are carbon black and titanium dioxide, the latter as a white shade commonly used for mixing.

And just how big are the particles in those compounds? On average, particles range in size from as large as 100 nanometers to as small as 1 micrometer

To discover what particles end up in the lymph nodes of tattooed individuals, researchers focused on the nodes of four tattooed cadavers and one non-tattooed control. The study revealed tattoo particle pigmentation in two out of the four tattooed donors – specifically, blue and green pigments.

Think Before You Ink

The study found that it was the smaller nanoparticles of ink that were transported to the lymph nodes, but researchers couldn’t establish a size limit that would prevent the ink’s transport. Researchers also showed that ink deposits in them results in a chronic enlargement of the exposed nodes.

Now that the presence of these nano-scale metals and oxides in the lymph nodes of tattooed individuals is proven, figuring out exactly what that means is the next step.

Maybe next time you head to the tattoo parlor for a zap, ask your artist whether their tattoo ink contains macro- or nano-scale oxide particles-or maybe not.