5G Is An International Health Crisis In The Making

Source: 5G Is An International Health Crisis In The Making 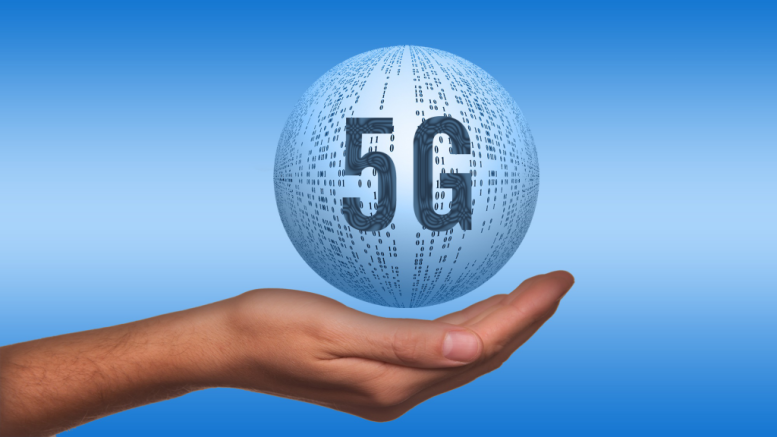 Recently, I came across one of the most comprehensive articles about 5G and the problems it will create for humankind (and all of creation) if and/or when 5G is rolled out across nations around the globe, which I thought my readers ought to know about.

I contacted the author, Canadian Mr. Jerry Flynn, a retired captain, and asked his permission to use it verbatim in an article I would submit.  Mr. Flynn graciously gave his full permission.  So, not wanting to waste readers’ time, I submit

Innovation, Science and Economic Development Canada (ISEDC) needs to realize that the general public are becoming aware of the long history of corruption in the USA, which, shamefully, spilled over into Canada and other Western countries in/or around the 1970s. Evidence of this can be seen in the following: In 1961, US President Eisenhower warned Americans to be on guard against the emergence of a corrupt US military-industrial complex (M-I-C), but too few people heeded him. [1]   In 1968, US President Johnson, in his State of the Union Address, promised to protect the American people from the EMF (electro-magnetic field) radiation emitted by TV sets and other electronic equipment etc.! He subsequently signed into law the Radiation Control for Health and Safety Act. [2]   In 1971, US President Nixon’s own radiation Management Advisory Panel warned him that the levels of ELF (extremely low frequency)/RF (radio frequency) EMF radiation then present in the USA may already be biologically significant, that the nation’s entire population might be at risk, especially if future generations are considered! [3]   In 1995, US President Clinton released a Memorandum stating: “Transmitter masts should not be sited on schools or near residential areas”! [4]   In 2004, US Senator, John McCain (who just underwent surgery to remove a brain tumor) stated that: “We have compelling evidence that there is an incestuous relationship between the defense industry and defense officials that is not good for America.” [5]   In 2010, US President Obama’s own Cancer Advisory Panel identified the risk to children and adolescents from wireless radiation as the most pressing problem! [6]

Today, in 2017, ISEDC needs to be aware of the declassified 1976 US Defense Intelligence Agency document [7], which exposes what prompted – and continues to cause – today’s unparalleled corruption: 1) The US military’s determination to remain the most powerful (i.e., technologically advanced) in the world; and, 2) technology-based industries, such as electric power generation and wireless and telecommunications are encouraged to explore and fully exploit new, commercial applications of wireless technology. By doing so, those same industries, on which the US Defense Industry depends, ensure that the US military remains the most powerful on earth! Tragically for all Canadians, Health Canada and what was then Industry Canada saw fit in the 1970s to align themselves with the USA and, in so doing, sacrificed forever the health and safety of the people of Canada!

Today, the Government of Canada still appears to be more concerned with industrial growth (and remaining in step with the USA) than it is about protecting the health and safety of Canada’s population! [8]  Non-industry scientists the world over are worried that the new, much higher microwave frequencies used in “5G” technology (28 GHz,  37-40 GHz, 64-71 GHz) have never been independently tested for safety, yet the Canadian telecom industry have already completed their initial tests to prove the technology! (US companies are already installing “5G” in some US states!)

Fifth Generation (“5G”) technology, if implemented nationally, would further irradiate the entire population of Canada – without their knowledge, comprehension of what is being done to them, or their consent! This would be yet another, even more serious violation of the Nuremburg [sic] Code and the most heinous crime imaginable! [9] While the current and all three previous generations of microwave technology also violate the Nuremburg [sic] Code, informed people fear that “5G” would prove to be mankind’s Armageddon – – – of Industry’s own selfish creation!

Governments of Canada are elected, in part, to protect the health, safety and well-being of its people. Yet, Health Canada (like the USA): a) refuses to recognize/admit that there are harmful health and biological non-thermal effects caused by RF EMF radiation; b) refuses to admit that today’s wireless RF products / devices / toys all emit pulsed non-thermal radiation; c) refuses to acknowledge/admit that ELF (60 Hz) magnetic fields are harmful to people and other life forms; d) refuses to recognize/admit that there is such a condition known as “EHS” (electro-hypersensitivity), which affects at least 3% of the world’s entire population; and, e) has never once seen fit to make it mandatory for Industry to first prove – by qualified, non-industry scientists, replicating real-life applications – that the radiation emitted by wireless products / devices / toys is safe! Nor has Health Canada ever imposed the Precautionary Principle – even though the WHO (World Health Organization) itself stated – in 2003 – that there was sufficient evidence to justify its application (for both ELF and RF EMFs)! [10] Nor did Health Canada ever attempt to halt in any way the provinces, who each saw fit to mandate their electric utilities to roll-out ‘smart’ meters – even when the WHO subsequently classified RF EMFs a Class 2B or ‘Possible’ carcinogen, in 2011!

Governments’ total disregard for the health and safety of the public has resulted in: 1) a growing host of disease epidemics, such as autism, ADHD, cancers, Alzheimer’s Disease, Parkinson’s Disease, ALS, and other diseases of the brain, central nervous system and immune system, which most people had not heard of before wireless technology appeared. [11] (These disease epidemics are now common in every jurisdiction on earth that has adopted wireless technology!);  2) homes / dwellings are now far more susceptible to break-ins, intrusions, and the threat of electrical fires – thanks to provincially-mandated ‘smart’ meters, which are unbelievably intrusive, invasive, hackable, fire-prone, and very expensive; and, 3) Canada’s National Security is now at greater risk than at any previous time in our history, thanks to Government’s irresponsible decision to incorporate ‘smart’ meters in Canada’s national power grid!

No national government today can be unaware of the ‘International EMF Scientists Appeal’!  (Again, ‘EMF’ stands for electromagnetic field radiation, which is emitted by all wireless products / devices, but none more so than the insidious ‘smart’ meter, particularly when they are operational in what electric utilities call ‘meshed grid networks’!). To date, the Appeal has been signed by at least 225 of the world’s leading EMF scientists – from 41 countries! Addressed to the Secretary General of the United Nations, to all UN-member countries and to the Director General of the WHO, it urges all leaders to: ‘Protect mankind and wildlife from EMFs and wireless technology’! [12]

ISEDC also needs to heed that:

In conclusion, the world’s only super power, the USA, is dependent on the American communications and electronics industry to ensure that it’s military has the most advanced communications, radar, weapons, and electronic warfare systems of any nation in the world. Also, since 1955, the US military and its allies – including Canada – have publicly recognized only the thermal effects of RF-MW radiation! Yet Industry has  exploited wireless technology – as it is now doing with “5G” technology – even though US military scientists, US non-industry scientists, Eastern-bloc scientists, and other scientists around the world have known for decades that there are hazardous non-thermal effects to microwave frequency radiation! Prior to mobile technology, few people had heard of autism, ADHD, Alzheimer’s Disease, Parkinson’s Disease, brain tumors, leukemia and other cancers, etc., which today plague most countries of the  world! Scientists also believe that the overall total or cumulative amount of ‘electro-smog’ (emitted by all wireless products / devices / toys) that now saturates planet earth’s environment literally threatens life on earth, as we know it! It is a tragedy that EMF radiation is both invisible and indiscernible, because it is literally everywhere today, and no person and no living thing can escape it!

It is imperative for ISEDC to now heed that most of the EMF scientists in the world have called on ALL governments to place a moratorium on “5G” technology! Were ISEDC to unleash on a still largely unsuspecting, defenseless public the, as yet unknown, hazards of “5G” technology – on top of what the Canadian population is already enduring – would be obscene beyond belief! Those doing so would be guilty of committing the most heinously cruel crime possible – knowingly and deliberately irradiating an entire national population – without the people’s knowledge, understanding or consent! Absolutely unimaginable! Yet our national leaders continue to boast to the world that Canada is one of the world’s model democracies! As for Canada’s National Security, nothing is more exposed, more vulnerable or more indefensible than a wireless radio system!

Readers should take particular note of what Mr. Flynn says about Canada’s following the USA; disregard for the Nuremberg Code; the industrial-military complex; and EMF/RF radiation and non-thermal adverse health effects.

5G and higher have not been tested for human safety.  Before consumers become so enamored of higher speed Internet access, maybe we had better take a step back, do our research and really learn what the inordinate use of smart gadgets and appliances will result in as health consequences adversely affecting all humans, wildlife and plant life.

Before any rollouts of 5G, consumers should be demanding the scientific research proving safety, not just microwave technology consensus science where guys and gals get together and jawbone which science they want to accept and/or belief as factual, something that industry’s professional associations are keen to do and promote.

Whereas factually and in scientific reality, that industry’s funded research found 32% non-thermal radiation wave adverse effects, which ICNIRP states it will not accept. In my opinion as a researcher, that’s tantamount to scientific fraud.

Catherine J Frompovich (website) is a retired natural nutritionist who earned advanced degrees in Nutrition and Holistic Health Sciences, Certification in Orthomolecular Theory and Practice plus Paralegal Studies. Her work has been published in national and airline magazines since the early 1980s. Catherine authored numerous books on health issues along with co-authoring papers and monographs with physicians, nurses, and holistic healthcare professionals. She has been a consumer healthcare researcher 35 years and counting.

Her 2012 book A Cancer Answer, Holistic BREAST Cancer Management, A Guide to Effective & Non-Toxic Treatments, is available on Amazon.com and as a Kindle eBook.

Two of Catherine’s more recent books on Amazon.com are Our Chemical Lives And The Hijacking Of Our DNA, A Probe Into What’s Probably Making Us Sick (2009) and Lord, How Can I Make It Through Grieving My Loss, An Inspirational Guide Through the Grieving Process (2008)