Why does the West hate Russia so much?

Let’s hear it from the other side of the world.

Source: Why does the West hate Russia so much? | Futurist Trendcast

With permission from Lada 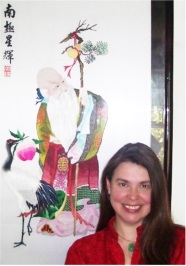 Based on the events of late we are reminded very loudly about the irrationally pathological hatred and fear of the West towards Russia. As many of you know, the new bout of Russophobic hysteria has like a plague taken over the American and European MSM and populace. As someone remarked, ‘Russians could be saving orphans in the middle of a war (which incidentally they do), and still made look bad.’

It got so bad that Russian President Putin had to address it during recent St. Petersburg Economic Forum. The rudeness of the questions the ‘host’ Megyn Kelly was asking Putin and the PM of India Narendra Modi was only rivaled by her lack of cultural sensitivity and ill-informed stupidity.

I just thought I’d include a very telling comment from FT’s friend Aeyrie. It was written back in May about a different article, but it applies equally today

Aeyrie | May 13, 2017:  Yes, I remember that. I was aghast, ashamed for their extreme rudeness. Dear God, I thought. I hope the Russian people don’t think we are ALL like that! I wouldn’t blame them if it was so. Our general behavior certainly doesn’t give them much to hope for! It is right for Mr. Lavrov to have, on several occasions, asked reporters where they learned their manners. Those “Ugly Americans” could use some reminding. I have also seen him, when instantly barraged with questions about “Russian meddling” as soon as he walks in a room, just turn about and walk away, exasperated. What possible good could come of engaging in this idiocy one more time?

Thank you for your link to the film yesterday. I have seen that video before but I downloaded and watched it again last night. Most people in the U.S. today know nothing of the Russian character or what they endured to push the Nazis back into Germany during the Great War. When I told someone a few days ago about how Victory Day is celebrated in Russia and of the extreme sacrifices the Russians made, some 27 million of their cherished number, she nearly fell off her chair. She also gained new understanding. That makes the Holocaust look pretty small by comparison, she said. Yes, exactly, said I. And do they go on and on about it? No! They wouldn’t be like that.
Continuing, I told her that there are many other examples of how the Russians have stepped into the breach and gave her a few. We and the rest of the world have much to thank the Russian people for. So why are we being so inexcusably rude to them? How soon we forget, if we ever knew. These things are no longer taught here. Shame on us.

Thanks to Ayerie for her many insightful and heartfelt comments. She always adds a lot to the discussion.

‘We and the rest of the world have much to thank the Russian people for. So why are we being so inexcusably rude to them?’

Aeyrie, this is a millennial question. And it has everything to do with my Earth Shift – Great Balancer theory.

The Western model that we are living under is based on individualism and ‘what’s in it for me.’ There are people who question this model, such as many of my readers. However, the society at large is contented with it. And this is the tragedy of our society. This is exactly the reason humanity is stuck in the never-ending cycle of karma and conflicts.

I’ll give you a small glimpse into the Forbidden History of which very few know and even fewer speak:

A long ago — so long that now it feels as if it never happened — the world lived by the Russian model: the good of all comes first.
This model was rejected in favor of the egotistical, self-centered and profit-driven Western model.

In order to discredit the ancient Vedic Rus model, the Russian view had to be suppressed and Russia had to be made into an archvillain. Sometimes, due to various international circumstances, such as a recurring West’s urge to invade others, the archvillain image had to vary and Russia/Russians were then presented as poor, backwards and unevolved. Russia had to be invaded all the time, don’t you see… The reason for these constant invasions? Why, the destruction of Russia, of course. All this to satisfy the overriding urge by the West to do away with an attractive alternative offered by Russia.

The truly deep-seated reason is that those who pull the secret strings (and all those who happily buy into the russophobic propaganda) want to do away with the Great Balancer. In their gut they always know that it is only Russia – The Great Balancer stands in the way of their globalist plans.

I can tell you right here and now — this isn’t going to happen. The world needs The Great Balancer to keep it spinning; in our 3D reality the yin-yang contrast is the glue that keeps it together, yet only Russia can keep the delicate balance between the two.

The huge problem that concerns me about humans at large is that they never learn. Humans manage to succumb to inferior energy vibrations, resulting in low calibrations so incredibly easily. It is exceedingly rare that the interests of others are considered along with one’s own.

That said, the shoots of the new worldview are trying to make their way to the sun. The egocentric Western model has run its course, but the new cooperative model is trying to emerge in great pains, and with great resistance from the other side, which is doing everything to sabotage it in its infancy.

One comment on “Why does the West hate Russia so much?”