‘Use By’ Food Dates Are Responsible For Billions In Food Waste

Source: ‘Use By’ Food Dates Are Responsible For Billions In Food Waste

‘Use By’ Food Dates Are Responsible For Billions In Food Waste

Norbert Wilson who joined the Friedman School as a professor of food policy, has been investigating food waste, building on his past research on food choice, domestic hunger, food banking and the international trade of food products. What motivates people to spend good money on food they don’t intend to eat? 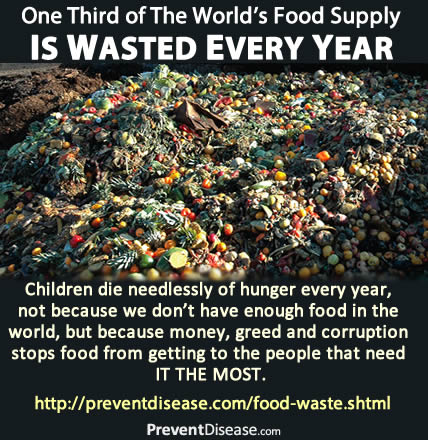 According to the United Nations’ Food and Agriculture Organization, a staggering 1.3 billion tons — is lost or wasted every year.

The impact of food waste is not just financial. Environmentally, food waste leads to an exaggerated use of chemicals such as fertilizers and pesticides; more fuel used for transportation; and more rotting food.

When Wilson turned his attention to issues related to food waste, he theorized that consumers buy food even when they’re aware they may not finish it. It’s a concept that anyone who has purchased a container of sour cream can understand–we buy it knowing we may toss the container with a hefty portion still clinging to the sides.

Wilson found a clue in 2013, when the Natural Resources Defense Council released a report showing that a substantial portion of America’s $160 billion food-waste problem could be traced to those “use by” and “sell by” dates on food containers. It turns out that many consumers, worried that food that has passed the date on its packaging is no longer worth eating, throw out plenty of perfectly good stuff. Could consumers be thinking about those labels as they buy the food?

To find out, Wilson devised an experiment that involved putting differently worded date labels on yogurt, cereal and salad greens. The labels used a variety of terms–“use by,” “best by,” “sell by” and “fresh by”–and included an expiration date. Wilson wanted to know whether certain language would result in people buying food with a greater expectation that they would waste some of it–what Wilson and his colleagues called the “willingness to waste.”

The 200 participants in the study were asked to examine food carrying the different labels and then say how much of each product they expected their household to consume. In nearly every case, the subjects’ answers indicated that they would be more willing to toss out food if it had the “use by” wording. The researchers theorized that may have been because “use by” implies that the food would no longer be safe to eat after that date.

The study found that date labels were influential even when it came to a food like boxed cereal, which is less vulnerable to spoilage. In fact, the willingness to waste was actually higher for cereal than it was for more perishable items like yogurt and bagged salad.

The cereal example also showed that the perception of a bargain can influence willingness to waste amounts. For instance, when participants in the study perceived that they were getting a better deal by buying a larger box of cereal (think Costco-size double boxes of Cheerios), they anticipated wasting more of it, even if the “use by” date was a year in the future.

“I was surprised by how strong a response they had to the cereal,” Wilson said, “and that people were willing to waste more when they saw the larger size.” The pitfall for consumers, he said, is that tossing more of the cereal may have canceled out the savings they thought they were getting.

The findings imply that the way foods are packaged can enable waste. Tweaking package sizes may keep consumers from buying more than they’ll eat. But one wide-reaching change would be to standardize date labels–currently unregulated at the federal level–so that they have a consistent meaning. “To move forward on reducing food waste,” Wilson said, “we will need collaborations between industry, consumer groups and the government to change labels.”

“Loss” means food that doesn’t make it to market, while “waste” is the term for food that stores, restaurants and consumers toss. Loss is a greater concern in developing countries, accounting for 84 to 95 percent of the food that goes uneaten there. Waste is a bigger problem in higher-income countries, where about a third of uneaten food is simply squandered. Researchers see chances to fight both problems all along the supply chain.

FARMS
Harvests lost to poor storage and contamination. Farmers in low-income countries often can’t protect harvested crops from the elements and pests. Simple technologies, such as metal silos, could help. Some farmers cut their losses by 40 percent when they started using specialized plastic storage bags.

TRANSPORT
Food lost in packaging and handling. Without refrigeration or other ways to preserve them, foods wilt and spoil. Rough handling damages produce and hurries rot.

RETAIL
Food wasted by stores and restaurants. American stores toss about 43 billion pounds of food per year–from dented melons to discontinued cookies to ham that is nearing its “sell by” date. Restaurants cook abundant amounts and then dump what’s left at the end of the day.

CONSUMERS
Food wasted at home. What with buying too much, serving too much and not storing food properly, an average American family throws away up to $2,200 worth of food every year.