Posted by Lou on January 24, 2017
Posted in: Entertainment, Insomnia, Video. Leave a comment

Did you know that popcorn is a good source of fiber?

If there was any doubt that the liberal left was in complete meltdown mode, then look no further than Hollywood actress Ashley Judd’s strange and perplexing speech at the liberal left religious gathering, otherwise known as the the Women’s March in Washington D.C.

While the entire corrupt main stream media is calling Judd’s speech “epic” and “brave”, we found it cuckoo and nutty.

Judd needs to chill out a bit, and let President Trump prove to America that he is worthy of the job he rightfully won. God knows Obama was an utter disappointment, and Hillary would have been a WW3 disaster.

We ask Mrs. Judd the same thing we asked Madonna in a previous post…

We are not fooled by the likes of Judd, Madonna and Moore. They are shills, paid by the deep state to get on stage and “perform” in outrage of Trump’s presidency, so that the thousands of useful idiots in the crowd can continue to believe in the false idols of neo-liberalism.

Ashley Judd’s “Nasty Woman” speech at the Women’s March in Washington D.C. today is being celebrated by crazed feminists and beta males who cheered her on as she ranted about her period and for having to pay tax on tampons.

The Arcane Front
Instead, children have been standardized to memorize; generations of families have been disunited from one another by social movements and propaganda that have been engineered to divert parents’ time and energy from a growing child’s overall development and well-being to almost exclusively monetary motivations and an on-going war of the sexes that equates family with Neanderthal enslavement; and people at large have generally been stripped of courage, critical thinking, and independent thought, rendering them virtually reliant on a system devised by parasites who hobbled them through the creation of specialization in the workplace, which transformed people into disposable gears in a machine that’s fueled by their own consumerism, their own compulsive weakness for the unnecessary.
The Arcane Front

I recently watched the Borgia series on Netflix and I must say it is brilliant. It’s one of those cases where history is far weirder and insane than fiction. The meme below states historical facts.

Six of my Favorite UFO Videos

Six of my fave UFO videos ever.

New Zealand’s All Blacks rugby team performs the Haka dance before the game © Paul Childs / Reuters
Wealthy Americans are preparing for a possible US collapse or revolt by the poor and buying properties in New Zealand, The New Yorker magazine reported.

According to writer Evan Osnos, preppers from Silicon Valley and New York are getting ready for the “crackup of civilization.”

One American hedge-fund manager who owns two New Zealand homes told Osnos he expected at least a decade of political turmoil in the United States. PayPal co-founder and Facebook investor Peter Thiel also owns property there, and has described New Zealand as “utopia.”

Osnos said it’s unclear exactly how many wealthy Americans are buying property in New Zealand with the apocalypse in mind, while many just want a holiday home there. However, the amount of land they have purchased in the last few years has increased dramatically, he added.

Statistics showed foreigners had bought over 3500 square kilometers of New Zealand in the first ten months of 2016, which is over four times as much as they did in the same period in 2010.

“Saying you’re ‘buying a house in New Zealand’ is kind of a wink, wink, say no more. Once you’ve done the Masonic handshake, they’ll be, like, ‘Oh, you know, I have a broker who sells old ICBM silos, and they’re nuclear-hardened, and they kind of look like they would be interesting to live in.”

Hoffman estimated that over half of the Silicon Valley insiders were into preparedness – especially since anti-elite sentiment has risen around the globe in recent years. It was intensified by events like Brexit and the election of Donald Trump, he added.

According to the NY article, in the seven days after Trump’s election, 13,401 Americans registered with New Zealand’s immigration authorities, which is the first step toward seeking residency. The number was “more than seventeen times the usual rate.”

Meanwhile, the growing foreign appetite for New Zealand has already generated resentment. The Campaign Against Foreign Control of Aotearoa—the Maori name for New Zealand—opposes the sell-out to foreigners, particularly to American survivalists.

In a discussion about New Zealand on prepper website Modern Survivalist, one of the commentators wrote, “Yanks, get this in your heads. Aotearoa NZ is not your little last resort safe haven.” 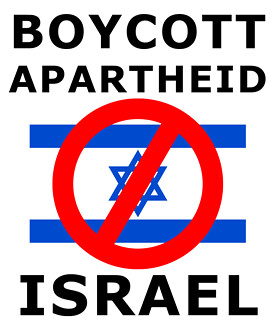 Damn Israel and its arrogance. It refuses to listen to the world, to the UN resolutions that have time after time condemned its incursions into Palestinian land, and basically thinks the moral laws of humanity do not apply to it.

Relocate Israel to Florida where they belong! Meanwhile, boycott everything Israeli.

The plans have been authorized by Prime Minister Benjamin Netanyahu and Defense Minister Avigdor Lieberman, and are intended to allow the settlements “to maintain regular daily life,” the ministry said in a statement.

“It will be one of the largest industrial zones in the West Bank, in which we are planning to set up warehouse and fuel storage infrastructure, along with other elements,” the statement reads.

The news comes days after Israel announced a similar expansion of housing units in East Jerusalem.

The Israeli settlement policy goes against international law and has been the subject of much criticism from other nations, including the US under the Obama administration. Observers believe that the announcements, made in the wake of Donald Trump’s inauguration last Friday, are intended to signal Israel’s expectation of support from the new US president.

The ministry said that 100 of the homes would be built in the town of Beit El, Reuters reported. This settlement has received funding from the family of Trump’s son-in-law, Jared Kushner, according to Israeli media.

On Monday, Netanyahu reportedly told members of his security cabinet that he had decided to lift all restrictions on Israeli construction in East Jerusalem, which were put in place under diplomatic pressure, Haaretz newspaper wrote, citing senior officials briefed on the situation. The PM also announced his plans for moving forward with settlement expansion in the West Bank, according to the paper.

Posted by Lou on January 24, 2017
Posted in: Animals, Nature, Photography. Leave a comment

Source: 20+ Of The Best Entries From The 2016 National Geographic Nature Photographer Of The Year

“A baby humming bird found his way into my home. He was a bit stunned so I let him recoup on our front porch. While waiting for his nectar to cool I captured a few images of him as he came back to his own.”

#2 Dancing In The Rain

“Fox caught in action under the rain”

#3 Bathing In The Snow Flake

“The fox was bathing in the snow flake.”

“While enjoying the sights of Chicago’s Garfield Conservatory found this unlikely traveler taking a closer look at this Bromeliad. Sometimes you have to slow down to appreciate the tiny wonders right in front of you!”

“This image was taken last summer on Skomer Island, Wales. It is well known for its wildlife, the puffin colony is one of the largest in U.K.The photo shows a detail or study of an Atlantic puffin resting peacefully under the rain. As Skomer is inhabited, puffins do not feel afraid of humans, and so people can be close to puffins and the photographer can think about the right composition and take this kind of intimate portraits. Also that morning the conditions came together: rain and light.”

“Waves of fog roll over a neighborhood in Mill Valley, California, as seen from the top of Mount Tamalpais.”

“Every autumn walruses swim to this rookery place in the North of Russia (Chukotka, Vankarem cape). One day, walking along the beach away from the rookery, I came across a lone walrus, who was sleeping on the shore, its tusks sticked in the sand. I carefully crept up to it and photographed it with a wide-angle lens. At some point it woke up and noticed me.”

#11 Dragging You Deep Into The Woods !

“A morning stroll into the blissful forest ! Ceaseless drizzles dampening the woods for 12 hours a day; The serene gloom which kept me guessing if it was a night or a day. Heavy fog, chilling breeze and the perennial silence could calm roaring sprits; And there I spotted this 20cm beauty the Green vine snake ! I wondered if i needed more reasons to capture this with the habitat; For I was blessed to see this at the place I was at. I immediately switched from the macro to the wide angle lens.”

“An American Crocodile on the surface in Gardens of the Queen, Cuba.”