A Cure For Social Anxiety Disorder 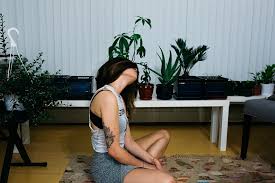 Lou’s tip: You can obtain the same results that cognitive therapy offers at no cost and minimal effort. Learn to understand what is the mind from the Buddhist perspective and practice meditation and mindfulness.  Buddhism has been called the science of the mind for a reason. Most of what is valid in modern psychology today comes from Buddhism anyway. You might as well cut off the middle man.

A new study reports cognitive therapy appears to be most effective for treating social anxiety disorder.

Until now, a combination of cognitive therapy and medication was thought to be the most effective treatment for these patients. The researchers’ results, which were published in the journal Psychotherapy and Psychosomatics, show that cognitive therapy on its own has a much better effect over the long term than just drugs or a combination of the two.

“This is one of the best studies on social anxiety disorders ever,” says Nordahl. “It’s taken ten years to carry out and has been challenging both academically and in terms of logistics, but the result is really encouraging,” he says.

To clear up some terms: social anxiety is not a diagnosis, but a symptom that a lot of people struggle with. For example, talking or being funny on command in front of a large audience can trigger this symptom.

On the other hand, social anxiety disorder – or social phobia – is a diagnosis for individuals who find it hard to function socially, and anyone with this diagnosis has high social anxiety.

Medications, talk therapy or a combination of these are the most common ways to treat patients with this diagnosis. NTNU researchers set out to examine which of these approaches is most effective.

“A lot of doctors and hospitals combine medications – like the famous “happy pill” – with talk therapy when they treat this patient group. It works well in patients with depressive disorders, but it actually has the opposite effect in individuals with social anxiety disorders. Not many health care professionals are aware of this,” says Nordahl.

“Happy pills,” like selective serotonin reuptake inhibitors (SSRIs), may have strong physical side effects. When patients have been on medications for some time and want to reduce them, the bodily feelings associated with social phobia, like shivering, flushing and dizziness in social situations tend to return. Patients often end up in a state of acute social anxiety again.

“Patients often rely more on the medication and don’t place as much importance on therapy. They think it’s the drugs that will make them healthier, and they become dependent on something external rather than learning to regulate themselves. So the medication camouflages a very important patient discovery: that by learning effective techniques, they have the ability to handle their anxiety themselves,” says Nordahl.

NTNU researchers set up the project to compare the most recognized methods for treating social anxiety disorders. Well over 100 patients participated in the study and were divided into four groups.

During treatment and right afterwards, the patients in groups two and three were managing equally well. But after a year, it was clear that the group two participants – those who had only received cognitive therapy – were faring the best.

Only with the help of cognitive therapy have researchers managed to increase the recovery rate in patients with social anxiety disorders by 20 to 25 per cent, as compared with the norm for this group.

“This is the most effective treatment ever for this patient group. Treatment of mental illness often isn’t as effective as treating a bone fracture, but here we’ve shown that treatment of psychiatric disorders can be equally effective,” says Nordahl.

Many patients don’t get adequate treatment

Torkil Berge is a psychologist at Diakonhjemmet Hospital in Oslo and head of the Norwegian Association for Cognitive Therapy. He says that social anxiety disorder is a public health problem with major negative consequences for the individual and for society. Nearly twelve percent of the population will be affected by this illness during their lifetime.

To clear up some terms: social anxiety is not a diagnosis, but a symptom that a lot of people struggle with. For example, talking or being funny on command in front of a large audience can trigger this symptom. NeuroscienceNews image is for illustrative purposes only.

“This is a hidden disorder, and many patients find it difficult to communicate their struggle to their healthcare providers. Thousands upon thousands of individuals end up not receiving adequate treatment. Of those who do get treatment, most are probably offered drug therapy,” Berge says.

“I can well imagine that the combination of drug therapy and cognitive therapy isn’t the best approach, as NTNU researchers have determined in this study,” he said.

Nordahl and the rest of the research team have also worked to improve standard cognitive therapy. They have added new processing elements, which have shown greater effectiveness.

“We’re using what’s called metacognitive therapy, meaning that we work with patients’ thoughts and their reactions and beliefs about those thoughts. We address their rumination and worry about how they function in social situations. Learning to regulate their attention processes and training with mental tasks are new therapeutic elements with enormous potential for this group of patients,” says Nordahl.

About this psychology research article

Paroxetine, Cognitive Therapy or Their Combination in the Treatment of Social Anxiety Disorder with and without Avoidant Personality Disorder: A Randomized Clinical Trial

Methods: A total of 102 patients were randomly assigned to paroxetine, CT, the combination of CT and paroxetine, or pill placebo. The medication treatment lasted 26 weeks. Of the 102 patients, 54% fulfilled the criteria for an additional diagnosis of avoidant personality disorder. Outcomes were measured at posttreatment and 12-month follow-up assessments.

“Paroxetine, Cognitive Therapy or Their Combination in the Treatment of Social Anxiety Disorder with and without Avoidant Personality Disorder: A Randomized Clinical Trial” by Nordahl H.M., Vogel P.A., Morken G., Stiles T.C., Sandvik P., and Wells A in Psychotherapy and Psychosomatics. Published online October 2016 doi:10.1159/000447013

One comment on “A Cure For Social Anxiety Disorder”