Another Natural Cure For Cancer. Why Haven’t You Heard About It?

Source: Another Natural Cure For Cancer. Why Haven’t You Heard About It? | Video Rebel’s Blog

Chemotherapy is very expensive. And statistically speaking, it does not cure cancers any better than doing nothing. Cancer quacks can buy chemo drugs at a reduced price and sell it to their patients at a 300 to 400% markup.

Compare this to Salvesterols. Most people never heard of them. Why? No money in them because they are free.

Salvesterols are naturally occurring in any fruit or vegetable that can be attacked by a fungus. They protect plants from those fungal attacks. What happens when you eat large amounts of fresh fruits and vegetables that have not been treated with anti-fungal sprays?

The Salvesterols attach themselves to the CYP1B1 enzyme which is found in 96% of all cancer cells. Professors Gerry Potter and Dan Burke at Aberdeen University in Scotland made this discovery. They found this enzyme in dozens of different cancers in all of the cancer patients they tested. None were found in normal cells taken from healthy persons.

When Salvesterols attach themselves to the CYP1B1 enzymes, they turn them into cancer killers. Too bad doctors can’t make money when you eat organic fruit and vegetables. Technically, a Salvesterol is a phytonutrient  or naturally occurring plant nutrient.

You can buy Salvesterols which have been isolated from plant sources but I make no claim for them. I am not in a position to judge the superiority of these products to just juicing greens and fruits.

There are other cures for cancer that are far superior to chemotherapy.

Baking soda can be added to water and taken 2 hours after the last meal of the day. It turns the pH of the blood from acid to base. It kills cancer cells not protected by a tumor wall. Cancer cells are prone to extinction because they cannot survive contact with oxygen. Breathing more deeply is a nice practice as it kills bacteria and cancer cells. There is a doctor in Italy who uses baking soda to treat tumors but that involves surgery and takes 7 days or so. 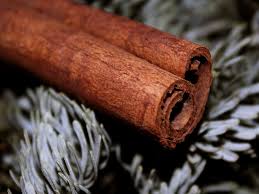 I should also mention cinnamon. After WW I, the Spanish flu, which originated at Fort Riley in the US, killed 50 million people. Maybe even more. The people of the day protected themselves by social distancing. They waved rather than shook hands. They also noticed that people who worked at cinnamon bottling plants never died of Spanish flu. Modern alternative medicine practitioners take cinnamon twice day with drinks or meals along with large doses of Vitamin D3. The side effects are that the duo reduces 12 different kinds of cancer, prevents most colds and incidences of flu while regulating Type II diabetes as well as standard medications.

Cinnamon like Salvesterols is naturally occurring. It is derived from the bark of trees. It protects trees as our skin protects us.

Below is an article I wrote on enzymes some time ago:

The next two articles are about the deliberate attack on our health by the people who think they own our government.

Video: GMO Ticking Time Bomb, The Bankers Want You Sterilized And Then Dead

From Bernays And Fluoride To Toxic Vaccines And Food