Chris Hedges: We live in a system called inverted totalitarianism 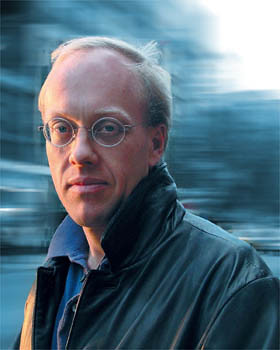 With thanks to Robert Vella at thesecularjurist.wordpress.com for the great post from where I found this quote.

CHRIS HEDGES: Well, reducing the election to personalities is kind of infantile at this point. The fact is, we live in a system that Sheldon Wolin calls inverted totalitarianism. It’s a system where corporate power has seized all of the levers of control. There is no way to vote against the interests of Goldman Sachs or ExxonMobil or Raytheon. We’ve lost our privacy. We’ve seen, under Obama, an assault against civil liberties that has outstripped what George W. Bush carried out. We’ve seen the executive branch misinterpret the 2001 Authorization to Use Military Force Act as giving itself the right to assassinate American citizens, including children. I speak of Anwar al-Awlaki’s 16-year-old son. We have bailed out the banks, pushed through programs of austerity. This has been a bipartisan effort, because they’ve both been captured by corporate power. We have undergone what John Ralston Saul correctly calls a corporate coup d’état in slow motion, and it’s over.

I just came back from Poland, which is a kind of case study of how neoliberal poison destroys a society and creates figures like Trump. Poland has gone, I think we can argue, into a neofascism. First, it dislocated the working class, deindustrialized the country. Then, in the name of austerity, it destroyed public institutions, education, public broadcasting. And then it poisoned the political system. And we are now watching, in Poland, them create a 30,000 to 40,000 armed militia. You know, they have an army. The Parliament, nothing works. And I think that this political system in the United States has seized up in exactly the same form.

One comment on “Chris Hedges: We live in a system called inverted totalitarianism”