“– according to NBC, Belgian police conducted a raid and found an ISIS flag at the apartment! Funny how these professional terrorist bombers always seem to make the dumb mistake of carrying their passport, ID or ISIS flag with them on their missions …” 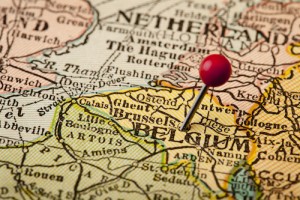 Brussels attack on 3/22. Convenient timing? Another false flag? Here’s a collection of the clues and evidence so far in this breaking story.

occurred yesterday on Tuesday March 22nd, 2016, in the capital city of Belgium and the European Union. Bombs were set off in Brussels metro station Maelbeek (right next to EU and NATO headquarters) and its Zaventem airport. At the time of writing, the toll is reported as 34 dead and 200+ injured. ISIS has claimed responsibility for the bombings. As with any of these ISIS bombings in Western countries, the question is: is this another false flag attack carried out by those controlling ISIS to further the New World Order agenda, which includes tougher domestic laws, more surveillance and more international wars in Syria, the Middle East and elsewhere to fight the fraudulent war on terror?

The Convenient Timing of the Brussels Attack

Strangely enough (or not), I was just having the thought the day before the Brussels attack happened that it had been awhile since the last major false flag attack had occurred (a few months since the 2nd Paris false flag attack and the San Bernardino false flag attack). I had the distinct feeling that another one was just around the corner. When you regularly cover false flag events, you begin to see the greater pattern behind them. The New World Order manipulators need constant chaos and fear to rule, and to shape the world in the way they want. They live by their motto “Ordo ab chao” or “Order out of chaos” because they know that they can impose more restrictive laws, policies or agendas on the public when people are more emotionally disturbed and ruffled. They have to stir up “crime” to justify “order”. They have to continue injecting stories of fear into the MSM (mainstream media) to keep people in a constant state of worry and anxiety, or else people begin to forget the supposed threat of Islamic terrorism, ISIS, Russia, communism, manmade global warming or whatever the bogeyman flavor of the day is. 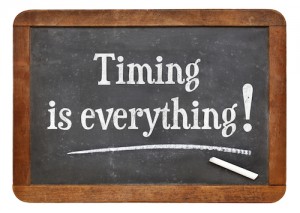 The Brussels attack had some very convenient timing.

The timing of this Brussels attack is convenient for quite a few reasons. Firstly, it comes 5 days after Turkish dictator Erdogan predicted that Brussels could be the next bombing target after Ankara. He actually said that “there is no reason why the bomb that exploded in Ankara cannot explode in Brussels, in any other European city.” Was this foreknowledge showing that Brussels is a false flag operation? Is it just a coincidence that Belgian Prime Minister Charles Michel said “What we feared has happened”?

Secondly, although he has shown himself to be a true Zionist, Donald Trump has to his credit put forth a very non-interventionist US foreign policy, including proposing that the US downgrades its involvement in NATO. How convenient for NATO then that a terrorist bomb should just happen to go off right near their headquarters …

Thirdly, the Brussels attack occurred, obviously, in the capital of the European Union. Now we have a “war on Europe”. It has given French President Francois Hollande (the same guy that took away a lot of French freedoms on the pretext of the Paris false flag attack) the excuse to say quite a few things in response:

“terrorists struck Brussels but it was Europe that was targeted”

“we are facing a global threat which requires a global response”

“this war will be long”

Since ISIS has also conveniently claimed responsibility for the attacks (yes, the very same ISIS created and funded by the US-UK-Israeli axis), this is all starting to sound like more fodder for the fake and never ending war on terror, and more excuse for foreign meddling in Syria (which France is very much involved in).

Fourthly, it’s always important to consider the numerology of these events. The attack took place on March 22nd (full moon) which is written as 3/22 in American English. Those familiar with Secret Societies may recall that 322 is the number of the Skull ‘n’ Bones Society whose members have been reported to have engaged in dark Satanic rituals. George Bush Sr., George Bush Jr. and John Kerry are all “bonesmen”. 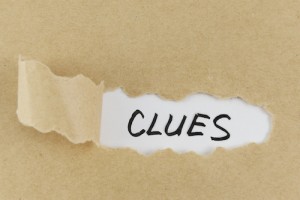 Are There Any Clues Indicating Brussels May Be a False Flag Attack?

At this stage, it’s too early to say whether Brussels is a false flag attack. It’s always wise to question everything about these kind of incidents. There are not yet that many clues that it may be another false flag operation, but here a few interesting things:

– according to NBC, Belgian police conducted a raid and found an ISIS flag at the apartment! Funny how these professional terrorist bombers always seem to make the dumb mistake of carrying their passport, ID or ISIS flag with them on their missions …

“In the hours after the attacks, investigators carried out raids across the country. Counter-terrorism sources described one site as a “bomb-making factory” and seized the elements of explosive devices. The Belgian prosecutor’s office said a raid in Schaerbeek yielded an improvised explosive device containing nails, chemicals and the ISIS flag.”

– there is at least one video clip showing evidence of Brussels crisis actors – this man was carrying a fake dummy baby!;

– Jim Stone is a good source for these kind of events. Jim proposes the idea of a Brussels false flag based on several points, including the point that there were no subsequent explosions to dispose of any extra bombs, devices or suicide vests that the authorities found (it is apparently protocol to dispose of these on the spot). He writes:

“IMPORTANT PROOF THE MOSSAD OR AN ASSIGNED GROUP DID THIS: NO SUBSEQUENT EXPLOSIONS. They claimed to find additional suicide vests, bombs, the whole 9 yards. When such things are found, they are not touched, and are instead disposed of on the spot, very quickly by placing a different explosive close to them and setting it off. This produces additional blasts that the media will hear, and the fact there were none proves they never found suicide vests or additional explosives at all, yet they reported they did.”

Stay tuned as further information comes to light on the Brussels attack.

Makia Freeman is the editor of alternative news / independent media site The Freedom Articles and senior researcher at ToolsForFreedom.com (FaceBook here), writing on many aspects of truth and freedom, from exposing aspects of the worldwide conspiracy to suggesting solutions for how humanity can create a new system of peace and abundance.