Finally, Someone Does Something Sensible: Finland To Bring In A Universal Basic Income

I can hear the little minds of the ignorant right-wingers squirming in  their mind panties. Get used to it. The revolution is coming. People by now know that the emperor has no clothes. Right-wing lunatic policies, as in trickle down economy, do not work for the vast majority of people. We’ll be watching you Finland, and congratulations for this bold social experiment! 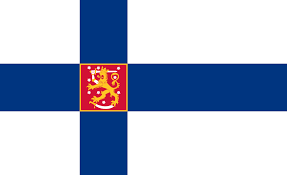 Source: Finally, Someone Does Something Sensible: Finland To Bring In A Universal Basic Income – Forbes

There’s rather a lot of discussion around these days about the merits of a universal basic income. We have, for example, those who tell us that the robots are about to steal all our jobs and therefore we need to tax the capital owners in order to provide that basic income for all. Well, maybe, but it’s not going to work out that way. However, that universal basic income is still a startlingly good idea simply because it’s better than any of the various welfare systems we have at present. But do note: It works by being universal and basic.

And who would have thought it but it looks like it’s going to be the Finns that bring it in:

The Finnish government is currently drawing up plans to introduce a national basic income. A final proposal won’t be presented until November 2016, but if all goes to schedule, Finland will scrap all existing benefits and instead hand out 800 euros per month—to everyone.

Sensible: Finland To Bring In A Universal Basic Income – Forbes

Moronic economics explained by a doofus actor of the NWO.

4 comments on “Finally, Someone Does Something Sensible: Finland To Bring In A Universal Basic Income”