Sex abuse against horses on the rise in Switzerland

Dear Swiss males, (It’s always males that exhibit such deviant behavior), what the hell is wrong with you? We liked you better when you were building cuckoo clocks.

Source: Sex abuse against horses on the rise in Switzerland — RT News

© Michael Buholzer / Reuters
Switzerland is seeing a worrying increase in the number of sex attacks carried out against animals and in particular horses. Figures showed cases of animal abuse rose to 1,709 in 2014, an increase of 1,542 from the previous 12 months.

The findings are worrying animal rights groups as it is a problem that seems to be getting worse. The foundation, known as Tier im Recht (Animals in Law), said the amount of abuse cases reported was triple compared to a decade ago. 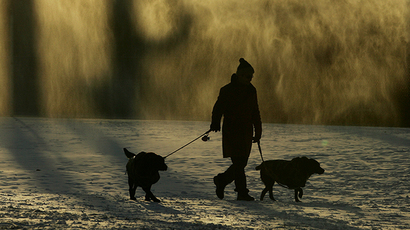 ​Denmark to ban sex with animals

However, it seems as though horses are coming under particular threat, with almost 10 percent of cases maltreatment of the animals involving bestiality.

“This rate is relatively elevated compared with other types of animals,” Andreas Ruttimann, a legal expert with Tier im Recht, told the Local.

“A total of 105 cases of animal cruelty to horses were registered last year, up considerably from previous years but probably below the actual number of incidents,” he added.

Worryingly, the group believes the actually figure could be much higher, given that around 150,000 people in Switzerland take part in equestrian activities. It also adds that there are more than 110,000 horses at 18,000 farms in the country.

The 20 Minuten newspaper reported that experts believe that as many as 10,000 people living in Switzerland are suspected of practicing zoophilia (sex with animals). Tier im Recht says the higher prosecution rates are down to tougher animal protection laws being introduced by the government, to protect their welfare.

Switzerland has a population of just over 8 million, meaning 0.125 percent of the population have a penchant for zoophilia.