Cannabis for Parkinson’s? The Scientific Evidence Is Compelling 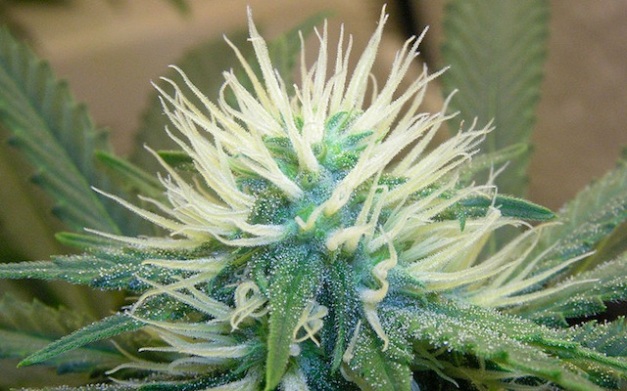 Could the very plant that for decades was accused of “frying” users’ brains be far superior to pharmaceuticals in treating the “incurable” neurodegenerative condition known as Parkinson’s disease?

Despite the political controversy surrounding medical marijuana use in the country, research has begun to emerge showing that a component of this plant known as cannabidiol (CBD), and which does not have the controversial psychoactive properties associated with tetrahydrocannabinol (THC), may have a wide range of therapeutic applications, including treating conditions that are refractory to conventional drug-based approaches.

One such condition is Parkinson’s disease, to which there is, at present, no effective conventional treatment. In fact, the primary treatment involves dopamine increasing drugs that also increase a neurotoxic metabolite known as with 6-hydroxy-dopamine, and which therefore can actually accelerate the progression of the disease. This is why natural alternatives that are safe, effective, and backed up by scientific evidence, are so needed today. Thankfully, preclinical research on cannabidiol has already revealed some promising results, including two studies in animal models of Parkinson’s disease (PD) assessing its neuroprotective properties:

“In the first one, Lastres-Becker et al. (2005) showed that the administration of CBD counteracted neurodegeneration caused by the injection of 6-hydroxy-dopamine in the medial prosencephalic bundle, an effect that could be related to the modulation of glial cells and to antioxidant effects (Lastres- Becker et al., 2005). In the next year, Garcia-Arencibia et al. (2007) tested many cannabinoid compounds following the lesion of dopaminergic neurons in the substantia nigra with 6-hydroxy-dopamine and found that the acute administration of CBD seemed to have a neuroprotective action; nonetheless, the administration of CBD one week after the lesion had no significant effects (Garcia-Arencibia et al., 2007). This study also pointed to a possible antioxidant effect with the upregulation of  mRNA of the enzyme Cu-Zn-superoxide dismutase following the administration of CBD.” [1]

In addition to these animal studies, the following three human clinical trials have been conducted to evaluate cannabidiol’s neuroprotective effects.

These results, taken together with the results from the animal models of PD, indicate that CBD may provide a drug alternative in PD patients. Additionally, a new study published in Toxicology In Vitro titled,”The neuroprotection of cannabidiol against MPP+-induced toxicity in PC12 cells involves trkA receptors, upregulation of axonal and synaptic proteins, neuritogenesis, and might be relevant to Parkinson’s disease,” makes the case for using cannabidiol in PD even more compelling by helping to illuminate some of the molecular mechanisms beneath its benefits.

The study found that cannabidiol protects against the neurotoxin known as MPP(+), which is widely believed to be responsible for the damage to the dopamine-producing cells in the substania nigra of Parkison’s patients, by preventing neuronal cell death and inducing neuritogenesis (a neuro-regenerative process for repairing damaged neurons). This mechanism was found to be independent of the neural growth factor (NGF) pathway, even though it involves NGF receptors. Cannabidiol was also found to increase the expression of axonal and synaptic proteins. The study concluded that CBD’s neuroprotective properties might be of benefit to Parkinson’s disease patients.

For additional research on how cannabis can contribute to mitigating neurodegenerative diseases read our article, “Marijuana Compound Found Superior To Drugs For Alzheimer’s,” and peruse the cannabis research database on GreenMedInfo.com. Also, for an extensive set of data on natural interventions for Parkinson’s disease, view our database on the topic: Parkinson’s disease research. Finally, peruse an extensive list of foods, spices, and natural substances that have neuritogenic properties here.

Sayer Ji is founder of Greenmedinfo.com, on the Board of Governors for the National Health Federation, and Fearless Parent, Steering Committee Member of the Global GMO Free Coalition (GGFC), a reviewer at the International Journal of Human Nutrition and Functional Medicine.