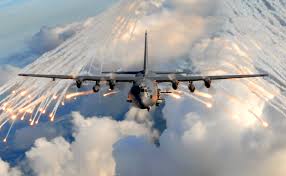 Dear Obomber, no one believes your lies. The USA did this in retaliation for MSF questioning your motives. This was a deliberate act from your minions. The world does not buy your lies anymore.

What about the hour-long attempts to stop the bombing? Why is this damning report being released the day before Thanksgiving? And what does this say about the competency of the U.S. military?

Doctors Without Borders is challenging the Pentagon over the findings of internal probes into the bombing of a hospital in the Afghan city of Kunduz on October 3, saying the military’s conclusions offer “more questions than answers” and that claims of “human error” simply don’t correspond to the available facts.

The pair of investigations, which trickled out by way of the mainstream media, reduced the attack on the Doctors Without Borders/Médecins Sans Frontières (MSF) hospital to series of human errors and technical glitches. The findings claim to show that despite the medical charity’s documented efforts to alert commanders to the onslaught, those signals did not reportedly reach the trigger team until it was “too late,” resulting in the deaths of at least 31 civilians and injuring 28 more.

Among observers—including the head of MSF—the findings have raised some eyebrows as well as questions such as: What about the hour-long attempts to stop the bombing? How does this compare to MSF’s own investigation? Why are these damning reports being released the day before Thanksgiving? And what does this say about the competency of the U.S. military?

Responding to the news that gunmen erroneously relied on a physical description of the compound to carry out the attack and had intended to strike a building 450 yards away, Stokes continued: “It appears that 30 people were killed and hundreds of thousands of people are denied life-saving care in Kunduz simply because the MSF hospital was the closest large building to an open field and ‘roughly matched’ a description of an intended target.”

“The frightening catalogue of errors outlined today illustrates gross negligence on the part of U.S. forces and violations of the rules of war,” he added, reiterating the organization’s call for independent and impartial investigation into the attack.

A series of tweets from journalists who covered the ongoing story of the attack further captured the cynicism surrounding the release:

On social media, MSF responded simply with the list of documented calls made over the course of the bombing.

Asked whether the scale of the air attack—even if it had hit the correct target—was justified under the U.S. rules of engagement and international laws governing armed conflict, the actions taken by the U.S. aircrew were “not appropriate” to the threat they faced, said Campbell’s spokesman, Brig. Gen. Wilson Shoffner. He declined to be more specific.

Campbell and Shoffner said that neither the Special Forces commander who called in the strike at the request of Afghan forces, nor the aircrew, was aware that a hospital was being hit until it was too late. The generals did not address claims by Afghan officials that the hospital had been overrun by the Taliban, but a copy of one of the investigations, obtained by The Associated Press, says there is no evidence to support that. It also says there was no hostile activity observed at the hospital.

The plane fired 211 shells at the compound over 29 minutes before commanders realized the mistake and ordered a halt, according to the report. Doctors Without Borders contacted coalition military personnel during the attack to say its facility was “being ‘bombed’ from the air,” and the word finally was relayed to the AC-130 crew, the report said.

The report said the Oct. 3 attack in the city of Kunduz killed at least 31 civilians and injured 28 others. Investigators determined that additional civilians probably were killed or injured.

Pentagon spokesman Gen. Wilson Shoffner said “some individuals have been suspended from their duty positions” for failing to follow “rules of engagement” and are awaiting disciplinary action.